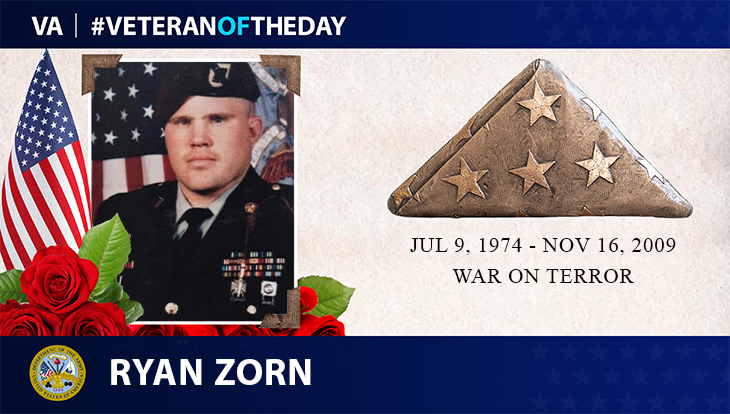 When Zorn was 5 months old, his family moved to Wyoming. He attended Upton Elementary Grade School and Upton High School where he graduated in 1993. Zorn was a member of the United Methodist Church where he was active in youth groups.

“He had always wanted to go into the service, as much as we tried to talk him out of it,” his mother JoAnn Zorn said, according to a Military Times interview. “In high school, when they would have career day or anything like that, he said, ‘No, I want to go into service,’ and that’s what he did.”

After graduation from high school, Zorn enlisted in the Army in January 1994. During his first enlistment, he decided to make the Army his career. During the next 16 years, he served in Saudi Arabia, South Korea, Germany, and three tours in Iraq.

Zorn served with the 1st Battalion, 34th Armor Regiment, 1st Brigade, 1st Infantry Division, Fort Riley, Kansas, where he trained to be part of a military transition team — a small group of soldiers that advises and teaches Iraqi soldiers — and deployed in March 2009 for a yearlong tour, his third in Iraq.