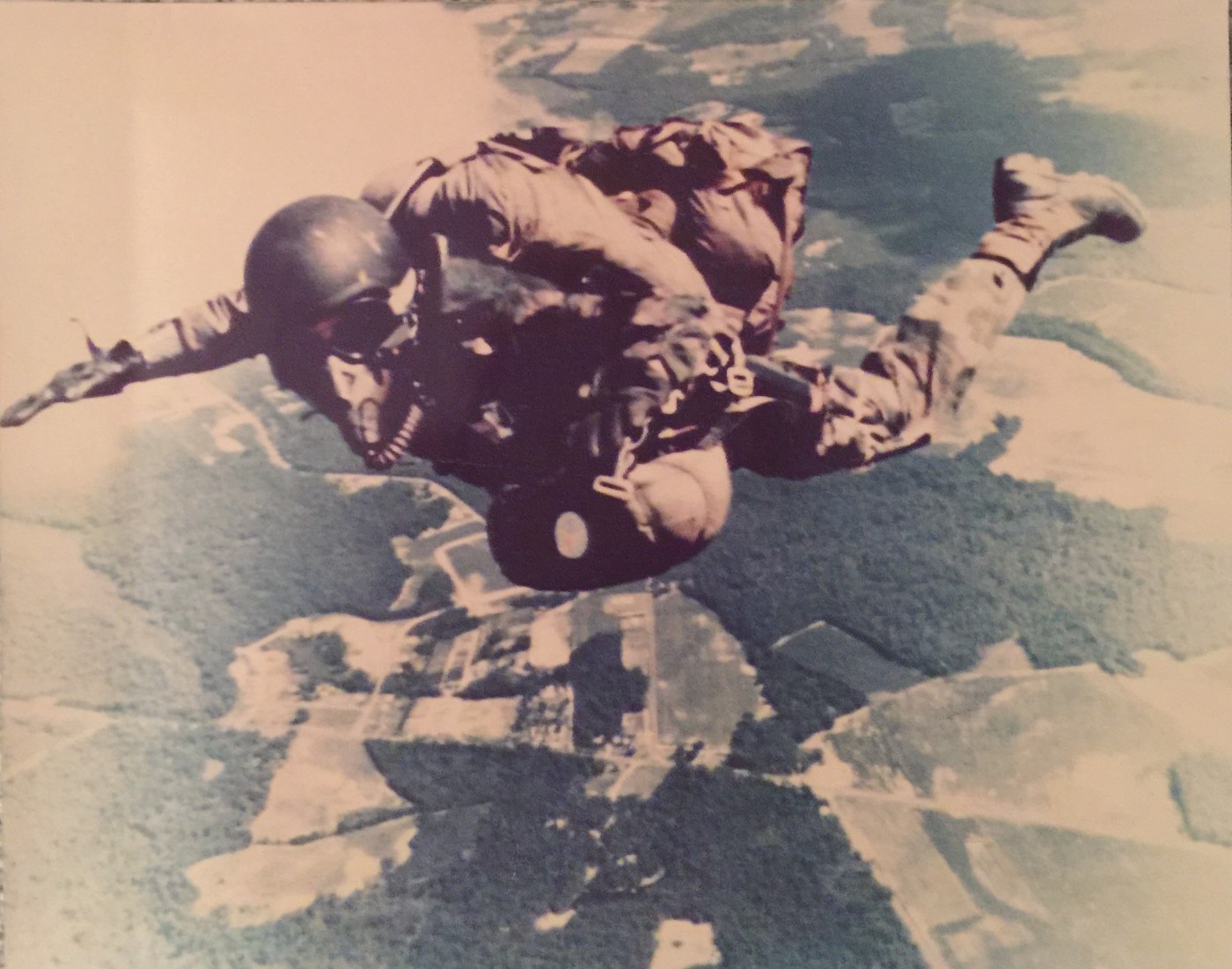 Mark Christianson knows all about ascending great heights. While serving in the military from 1970 to 1991, the Army Green Beret worked as a special forces mountaineer instructor. In one of his assignments, he maneuvered his way through mountainous regions of South America, such as Chile and Argentina, where “climbing was an integral part of our operational mission set.”

He didn’t stop after leaving the service, teaching rock climbing to civilian search and rescue teams and military ROTC programs. He was also a certified instructor for the Army mountaineer program in California and for elements of the California Army National Guard and active-duty military.

While in the military, Christianson also served three tours in Vietnam. Today, he’s partially paralyzed from the diaphragm down because of a spinal cord tumor that his doctors suspect is linked to Agent Orange, the chemical defoliant used by U.S. forces during the Vietnam War. He maintains some movement in his legs.

`It was a test and a challenge to me’

Nevertheless, Christianson still loves to climb. With excellent cardio and endurance for someone age 67—“I’m not your average 67-year-old man,” he says—he participated in a recent study on adaptive rock and rope climbing for people with disabilities.

Dr. Elissa Zakrasek, a physical medicine rehabilitation doctor at the VA Palo Alto Health Care System in California who specializes in spinal cord injury, led the study. It found that indoor adaptive climbing appears to offer a “unique array” of physical, social, and psychological benefits for people with disabilities, including those with amputations, spinal cord injury, or traumatic brain injury.

Mark Christianson prepares to climb a wall at Stanford University as part of a study on the benefits of adaptive rock and rope climbing for people with disabilities.(Photo courtesy of Stanford U.)

In the study, Christianson ascended as high as 25 feet climbing the rocks. “It was a test and a challenge to me because of the limitations that I’m under and from my experiences in the past,” he says.

In addition to building muscle strength while climbing, Christianson benefited psychologically. Knowing that he once scaled mountains professionally, he realized he can still defy gravity despite his disability.

“Oh, absolutely,” he says. “It’s tremendously empowering to be able to get out and do it. The thing that gives me the most pleasure is watching young able-bodied people look at what you’re able to do. Even though I’m injured, I still have the capacity and capability to get out there and enjoy the sport. Doing so encourages younger kids that have injuries of whatever nature to also get out there and do it. I feel blessed to be able to show that even though I’m injured, I still have the ability to do things that empower you and inspire others.”

Veteran eager to participate in another climbing study

In surveys of Veterans and non-Veterans with disabilities, Zakrasek and her team also found that adaptive rock and rope climbing improves community connection, confidence building, and muscle strengthening. Those benefits warrant ongoing research, the researchers say.

“Dr. Z is pushing really hard to get our Veterans into this program and expand it throughout the VA for recreation, as well as for psychological benefits for our Vets,” he says. “I’m going to be connecting her with the Green Beret Foundation, which is an outstanding organization in its ability to get Veterans out and about on fishing trips, hunting trips, and things of that nature. It’s another avenue for her to get our Veterans out and active.”