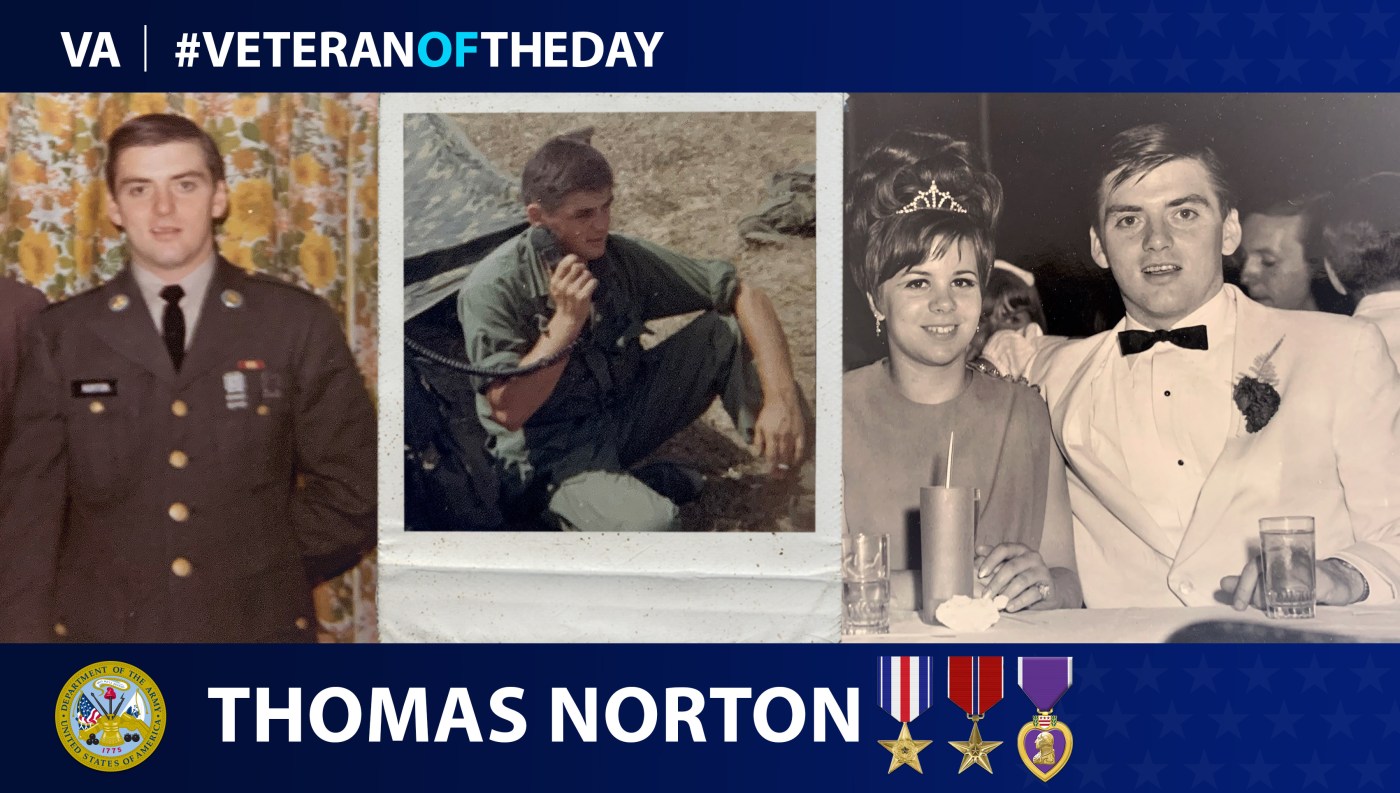 Today’s #VeteranOfTheDay is Army Veteran Thomas Norton, who received a Silver Star and was killed in action in 1968 during the Vietnam War.

Thomas Francis Norton was born and raised in Brooklyn, New York. He attended St. Thomas Aquinas Elementary School and James Madison High School, where he graduated in 1966. Norton played football and was an active member of the Knights of Columbus. He also worked for the local postal office before joining the Army when he was 20 years old. During his service, he planned on asking his girlfriend to marry him when he returned home.

In 1967, the Army sent Norton to Vietnam with the First Infantry Division, Second Battalion, 16th Infantry. On April 22, 1968, Norton fought in a battle in the Binh Duong province of South Vietnam. His platoon faced heavy fire as they fought to secure the land. Norton served as the radio-telephone operator in charge of maintaining radio communications for the command group. He advanced toward the opposing forces despite the enemy shooting him in the leg. Later, the enemy mortally wounded him.

For his valiant service and sacrifice, Norton received a Silver Star, Bronze Star and Purple Heart.

His name appears on the Vietnam Veteran’s Memorial located in Washington, District of Columbia, on Panel 51E, Line 32. His Brooklyn neighborhood honored Norton’s sacrifice by naming the Private First Class Norton Playground after him. In 1969, Acting Commissioner William R. Ginsburg held a ceremony to rename the park after Norton. Brooklyn chapters of the American Legion, Veterans of Foreign Wars and the Knights of Columbus all attended. He is also honored and remembered by his remaining family members.