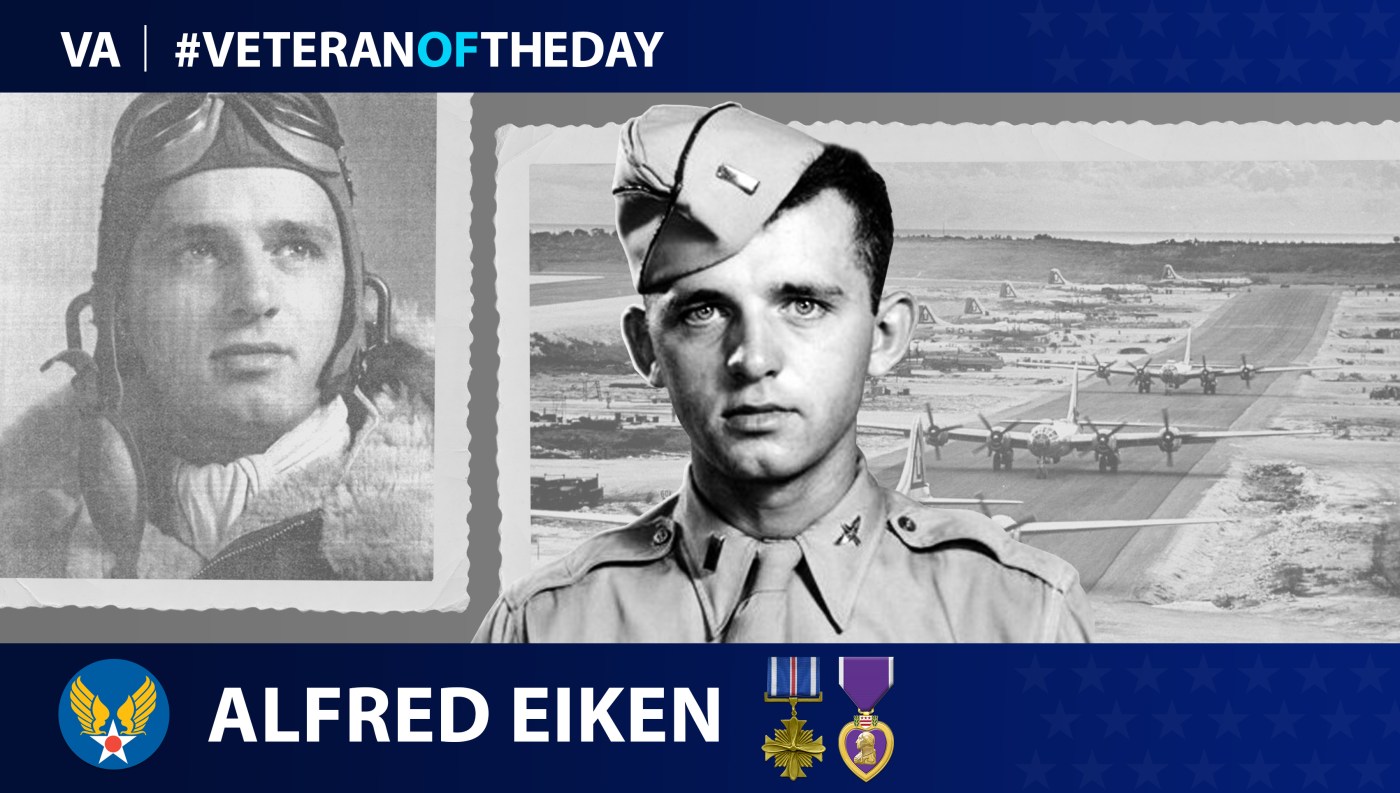 Today’s #VeteranOfTheDay is Army Air Forces Veteran Alfred Eiken who served as a bombardier during World War II and died in a flight accident.

Originally from Taos, Missouri, Alfred Eiken graduated from St. Francis Xavier High School in 1941.  He enlisted in the Army Air Forces in May 1942. After basic training, he attended bombardier school at Midland Army Air Field in Midland, Texas. Bombardiers released bombs using a device called the Norden bombsight from planes. They also sometimes trained as navigators, a role Eiken also served during the war.

Eiken graduated from bombardier school in July 1943. He went to India as part of the China-Burma-India Theater campaign and promoted to first lieutenant in December 1944. Eiken later transferred to Tinian in the Mariana Islands. The island was the main base for 20th Air Force activity in the Pacific after April 1945. Eiken joined the 58th Bombardment Wing as part of the 40th Bombardment Group, 45th Bombardment Squadron. During the spring and summer of 1945, he completed 28 successful flights in the Pacific.

Eiken was on Tinian when the Japanese surrendered Aug. 15, 1945. Two weeks after the surrender, he volunteered with 11 other men to fly supplies on a B-29 Super Fortress to a prisoner of war camp near Fukuoka, Japan. On Aug. 30, the crew attempted to cross the Sobo Mountain Range in Kyushu during severe weather. The aircraft clipped a mountain peak and crashed, bursting into flames near Mount Oyaji. All aboard died.

Eiken and the other eleven crew members were buried in the U.S. Armed Forces Cemetery in Yokohama. In 1949, his remains were returned to the U.S. and he was reinterred at the New Saint Xaviers Catholic Church Cemetery in Taos, Missouri.

In 1995, locals dedicated a memorial to the crew in Takachiho, Japan, near the crash site.

For his service during World War II, Eiken received a Distinguished Flying Cross and three Air Medals. After his death in 1945, he posthumously received a Purple Heart.