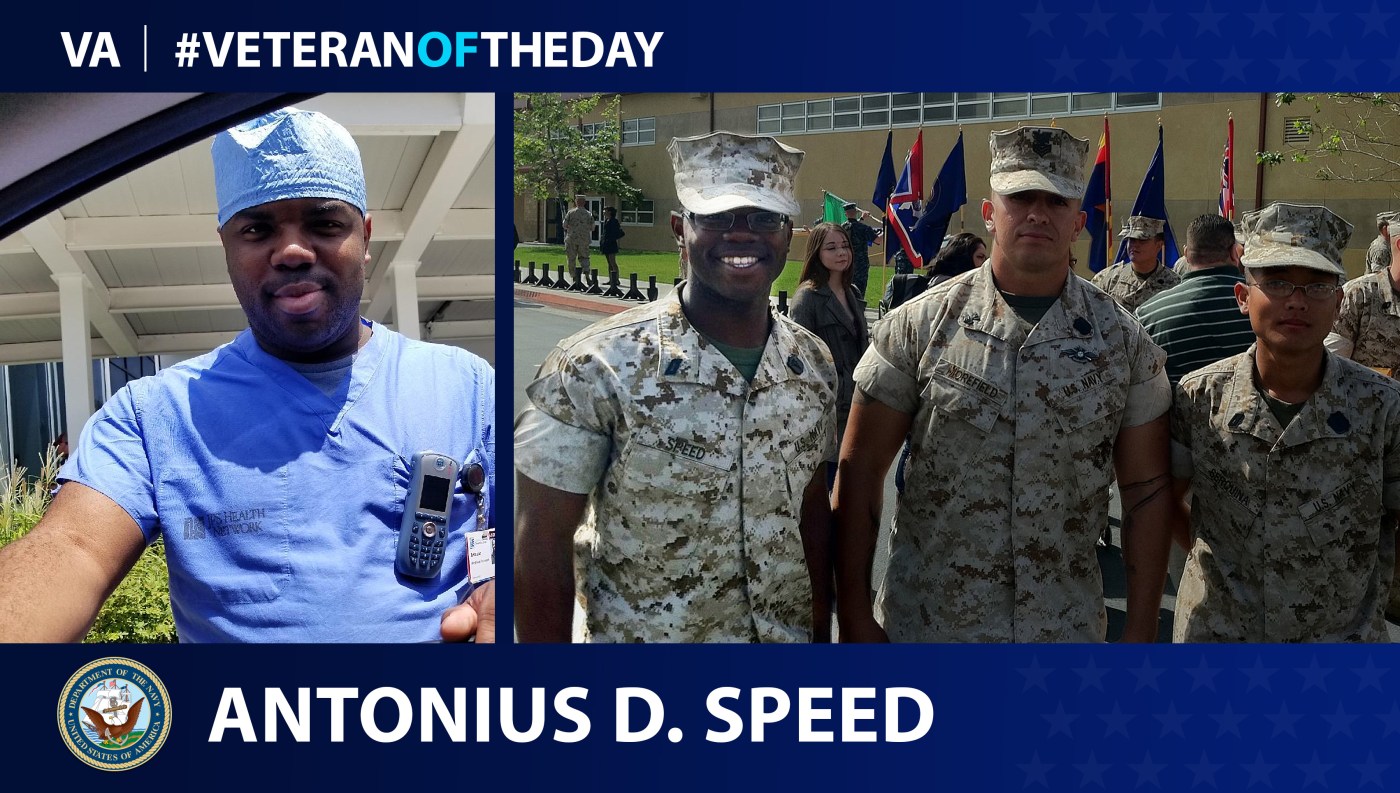 Today’s #VeteranOfTheDay is Navy Veteran Antonius D. Speed, who served as a hospital corpsman in California from 2010-2013.

Texas native Antonius “Tony” Speed graduated from high school in 2009 and joined the Navy as part of a delayed entry program. He decided at the time he didn’t want to pursue a four-year program. His best friend enlisted in the Marines, and Speed decided to enlist as a medic with the Navy. Speed’s family also has a military background, as his father served in the Air Force.

After completing basic training at Great Lakes, Illinois, Speed entered the Marine Medical Training Battalion. Upon graduation from the program, he volunteered with the Navy Hard Corps Race Series.

His duty station was Naval Air Station Lemoore, California. Speed served as a hospital corpsman with the Marines as a field medical service technician from 2010 until 2013. He served at the main hospital and worked in both the pre-operative and post-operative units.

During his service, Speed received the National Defense Service Medal, Global War on Terrorism Service Medal and a Navy Pistol Marksmanship ribbon. Another achievement for Speed was his nomination for the Navy’s Blue Jacket of the Year Award.

Speed is currently pursuing a bachelor’s degree in nursing at West Coast University. He also works as an anesthesia technician at the John Peter Smith Trauma Center in Fort Worth, Texas.