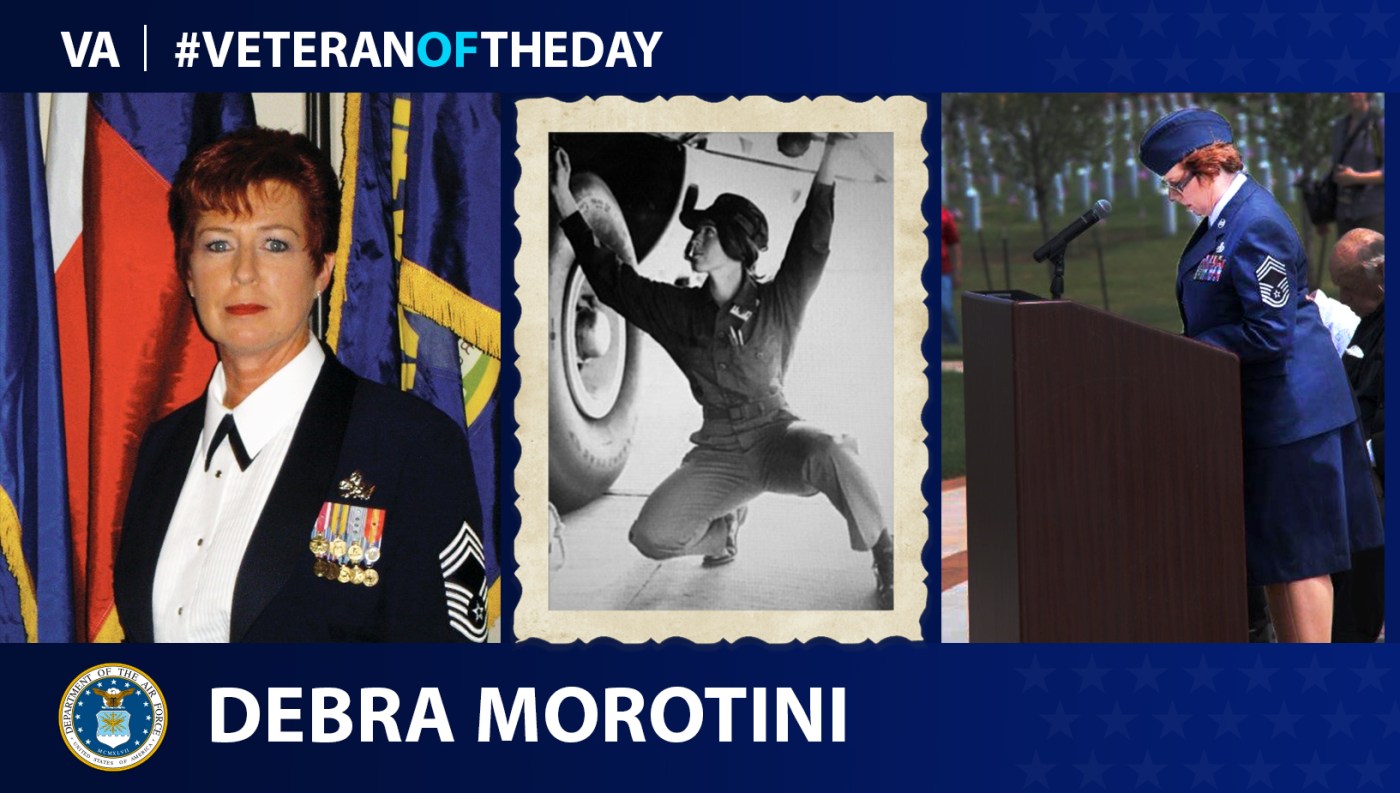 Today’s #VeteranOfTheDay is Air Force Veteran Debra M. Morotini, who served in aircraft maintenance and as a first sergeant in Operation Iraqi Freedom.

Coming from a line of service members, Debra Morotini became the first woman in her family to join the military. Her father’s and older brother’s Navy service inspired her ambition to serve.

In August 1977, just one year after graduating high school, Morotini enlisted with the Air Force. After basic training, she served 16 years in various aircraft maintenance positions and 12 years as a first sergeant.

In April 2004, Morotini found herself deployed to Balad Air Base to aid in Operation Iraqi Freedom as the 332nd Air Expeditionary Maintenance Group first sergeant. Her duties required her to work closely alongside the commander to resolve enlistment and discipline issues. As the person in charge of disciplinary affairs, Morotini liked to call herself the “Squadron Mom” of the base.

Though Morotini retired from the Air Force in April 2008, she remains active in Veterans’ groups, supporting current and retired service members. She became a recovery care coordinator with the Armed Forces Services Corporation in 2015. Through her position, she works to help service members identify resources to help them transition to civilian life. Additionally, Morotini continues to participate in support groups focused on supporting women Veterans. She remains a proponent of women serving in the military and frequently meets with fellow women Veterans’ groups around West Texas.