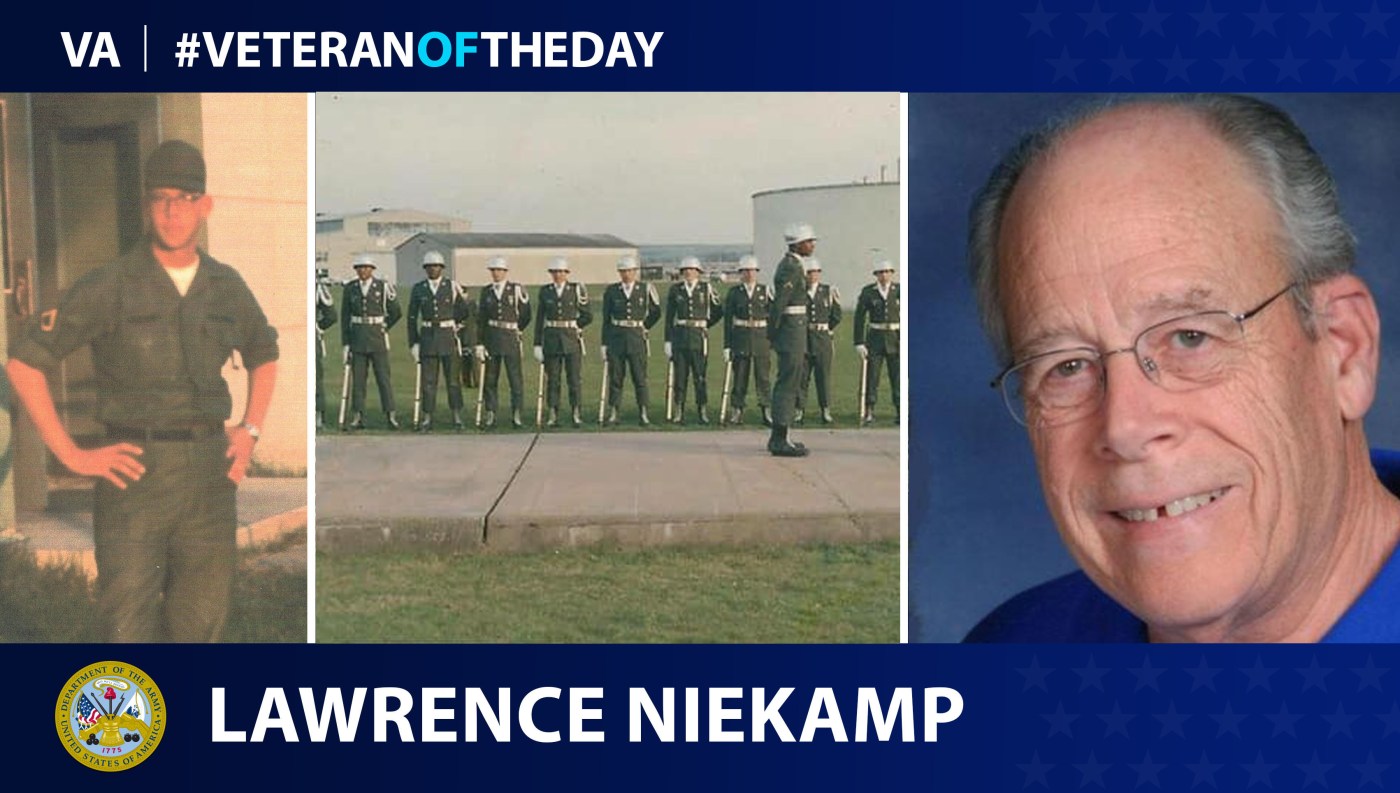 Today’s #VeteranOfTheDay is Army Veteran Lawrence Niekamp, who served in the honor guard and worked as an administrative specialist during the Vietnam War.

Originally from southern California, Niekamp attended Loyola University in Los Angeles and earned a bachelor’s degree in sociology in 1965. After earning his master’s degree in counseling from California State University in 1967, he enlisted in the Army and attended basic training at Fort Dix, New Jersey. Toward the end of basic training, Niekamp decided not to enter Officer Candidate School. He instead applied for a position with the post counseling office. After being turned down for the position, Niekamp went to the 8th Army Headquarters in Seoul, South Korea.

While with the 8th Army, Niekamp trained as part of the honor guard. Niekamp briefly served as a guard at the commanding general’s residence . After two months, Niekamp returned to the personnel unit and was told he could learn radar repair if he transferred units. He explained he had a master’s degree in counseling and a desire to work in the field. The Army sent him to the 38th Artillery Brigade Headquarters in Osan.

As part of the 38th Artillery Brigade, Niekamp worked in the brigade’s career counseling office as an administrative specialist. Administrative specialists supervise the performance of administrative functions, review and edit correspondence prior to release, and help plan and organize office operations. Niekamp remained with the 38th Artillery Brigade until he returned to the United States in April and received an honorable discharge.

During his service, Niekamp received the National Defense Service and Armed Forces Expeditionary Medals. He also received a certificate of achievement from the 38th Artillery Brigade.

After leaving the Army, Niekamp worked for the California state government. In 1985, he became a deacon at the Catholic Diocese of Sacramento and ministered in three different local parishes. After retiring from public service in 2003, Niekamp became active in local organizations, such as the Knights of Columbus, Veterans Stand Down and Food for the Poor. He currently resides in Citrus Heights, California, with his wife, Norma.