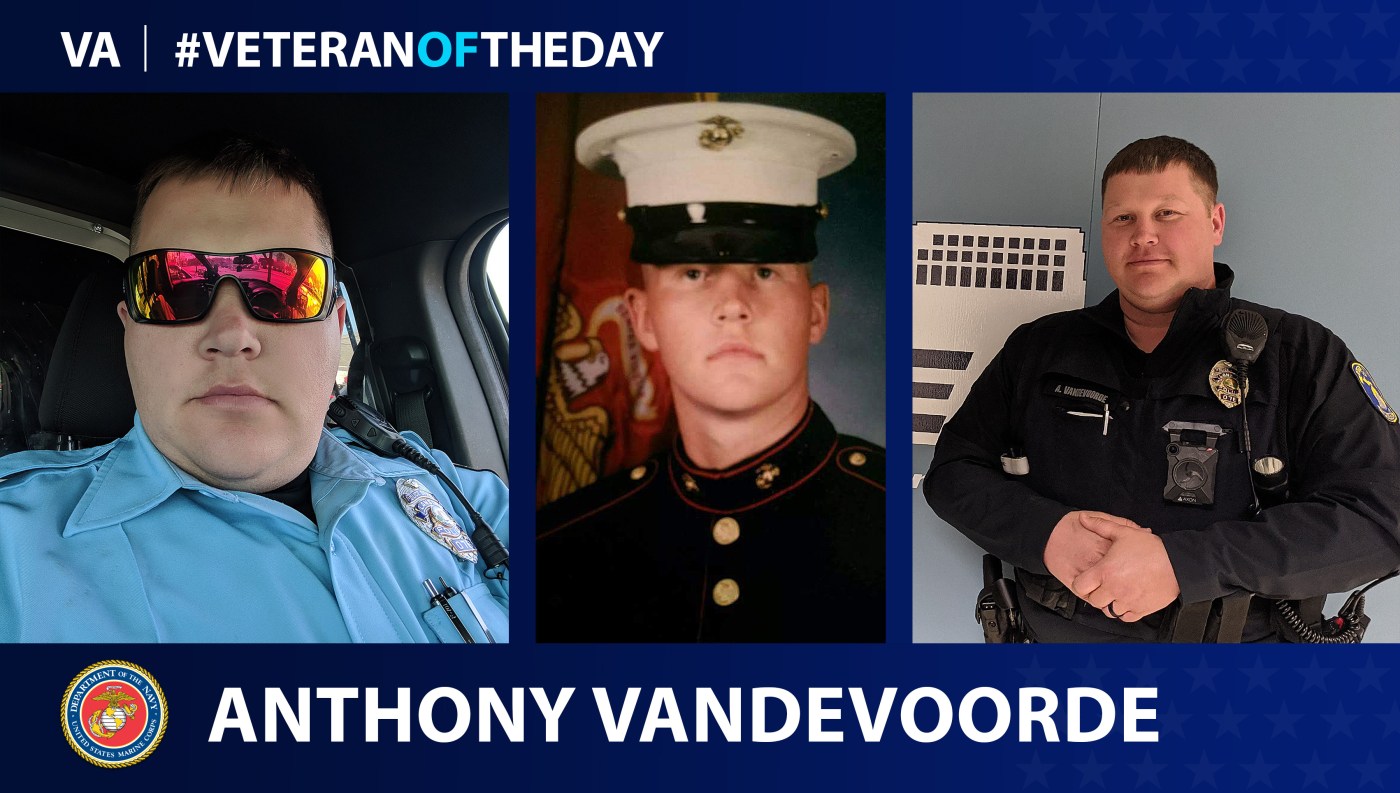 Today’s #VeteranOfTheDay is Marine Corps Veteran Anthony J. VandeVoorde, who served a tour in Afghanistan in 2002 for Operation Enduring Freedom.

After graduating from high school, Anthony VandeVoorde chose to enlist in the Marine Corps. His family has a long military service history. They can trace their relatives who served in every conflict since World War II.

He attended basic training in San Diego, and his first duty station was on the USS Ogden (LPD-5). VandeVoorde was a member of the 13th Marine Expeditionary Unit, known as the Fighting Thirteenth. During Operation Enduring Freedom, he served in Afghanistan until July 2002.  He then returned home, reenlisted and served stateside. He served with Echo company in the 3rd Assault Amphibian Battalion at Camp Pendleton, California. Then he was a crew chief for Alpha and Headquarters and Services Company for the 2nd Battalion. VandeVoorde would also serve as the range coach at Camp Lejeune in North Carolina.

VandeVoorde also deployed to Kuwait from March 2003 until February 2004. When asked what memory stood out during the invasion of Iraq, he mentioned that he served with two of his cousins. During his service, he received a Marine Corps Good Conduct Medal, a Global War on Terrorism Expeditionary Medal, a National Defense Service Medal, a Sea Service Deployment Ribbon and a Presidential Unit Citation.

After returning home, he used his GI Bill to complete a police academy program. VandeVoorde worked in North Carolina, serving his community as a police officer. He then relocated to Michigan and continues to serve as a police officer and field training officer with the Lansing Police Department. He also acts as the union representative for non-supervisor officers.

In his spare time, VandeVoorde volunteers through the local Veterans of Foreign Wars Post 4090 in Portland, Michigan. He is their post service officer. VandeVoorde assists other Veterans to gather and complete their documents to submit to the regional Veterans Affairs service officer. Additionally, he holds the title of their Drug and Safety Chair.