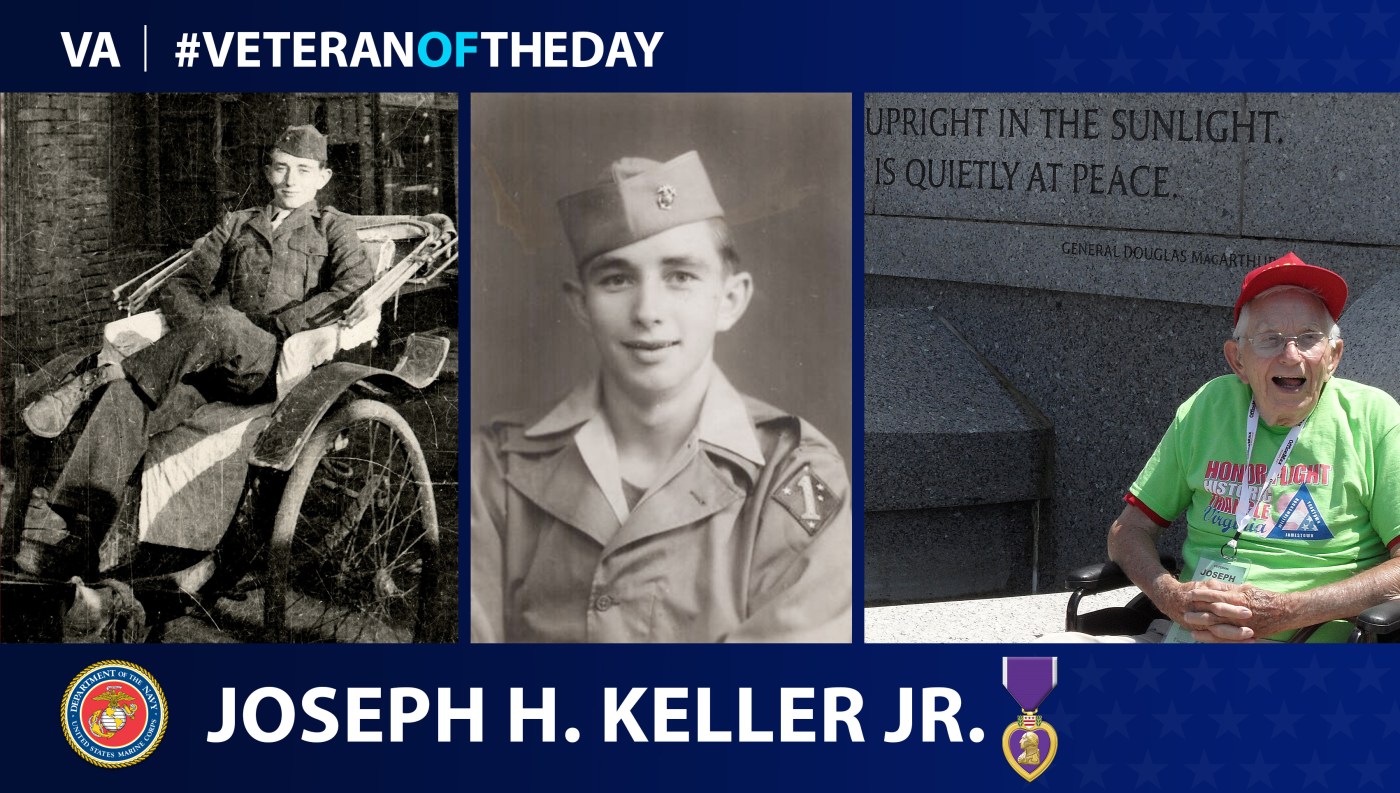 Today’s #VeteranOfTheDay is Marine Veteran Joseph H. Keller Jr., who served during World War II as a tank driver in the battles of Peleliu and Okinawa.

Originally from Lexington, Virginia, Joseph H. Keller Jr. enlisted in the Marine Corps after graduating from high school in 1943. After basic training, Keller went to Camp Lejeune in Jacksonville, North Carolina, and became part of the First Marine Division.

In September 1944, the First Marine Division deployed to Peleliu in the Caroline Islands as part of Gen. Douglas MacArthur’s plans to retake Palau and islands south of the Philippines. When he landed at Peleliu, Keller became a tank driver and learned basic controls on the job. After being wounded by shrapnel from an enemy grenade, Keller briefly separated from his division but recovered and later rejoined the division. The division later went to the Umurbrogol “pocket” also known as “Bloody Nose Ridge.” By October, they cleared the area of Japanese resistance.

In the spring of 1945, the First Marine Division went to Okinawa as part of the Tenth Army’s III Amphibious Corps. After landing in April, the division fought its way across the island as other divisions secured the coast and mountain fortifications. By late May, the Marines captured Sugar Loaf Hill and Shuri Castle. The Japanese surrendered June 22, 1945.

The First Marine Division remained in Okinawa to prepare for the planned invasion of Japan. After Japan surrendered in August, the division went to Tientsin, China, and assisted with the disarming of Japanese troops in the north. Keller remained with the division until he honorably discharged in 1946.

During his service, Keller received a Purple Heart. The First Marine Division later received Presidential Unit Citations for its efforts in Peleliu and Okinawa.

After leaving the Marine Corps, Keller attended National Business College in Roanoke. He then moved to Washington, D.C., and worked in mortgage banking. He later moved to Charlotte, North Carolina, to become a manufacturer’s representative. After marrying June Wood in 1964, the couple moved to Richmond where Keller started his own sales agency, Joseph H. Keller & Associates Inc.

After retiring and selling his business in 1992, Keller worked in the games section of Kings Dominion and enjoyed farming, attending Virginia Tech football games and serving at the Presbyterian Third Church as a deacon and elder.