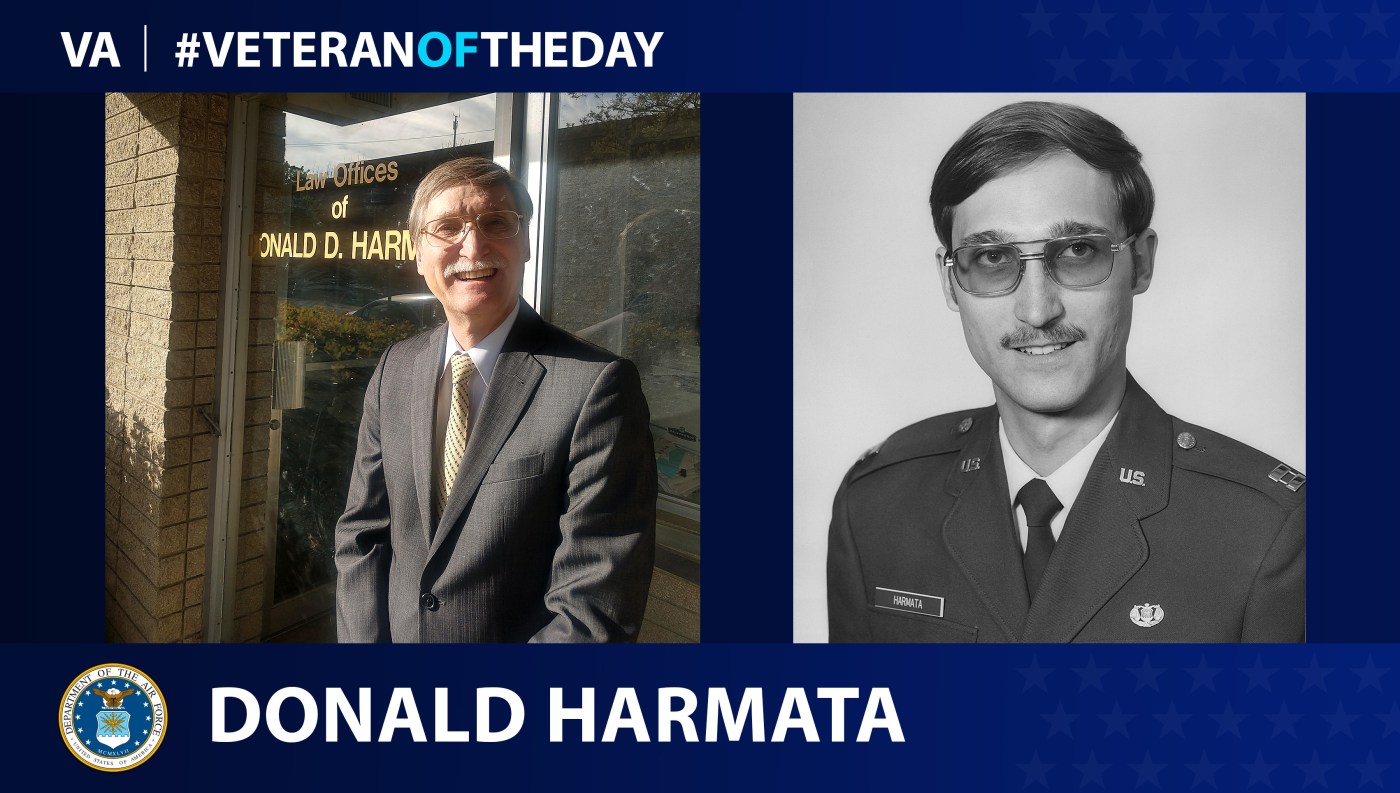 Today’s #VeteranOfTheDay is Air Force Veteran Donald Harmata, who served as a prosecuting and defense attorney during the Cold War.

After graduating in 1972 with a bachelor’s degree in political science, Harmata commissioned as a second lieutenant and attended law school at the College of William & Mary in Williamsburg, Virginia. He served as a member of the William and Mary Law Review, a top-ranking scholarly law journal. Harmata earned his juris doctor degree in 1975 and after passing the Virginia Bar Exam, entered the Air Force.

In December 1975, Harmata went to McClellan Air Logistics Center in California. He served for the next four years as a prosecutor and defense attorney and worked in the field of administrative and environmental law.

In January 1976, Harmata attended the Judge Advocate General (JAG) School at Maxwell Air Force Base in Montgomery, Alabama. While attending the JAG school, Harmata took a private tour of the U.S. Supreme Court in Washington, D.C., including the Justices’ Conference Room, and Courtroom. In the summer of 1976, he took a two-month procurement officer course at Lowry Air Force Base in Denver, Colorado. Procurement officers ensure that their group makes appropriate purchases of goods or services to resell or use. They also assign duties to staff members, review the work and draw up plans for the purchase of equipment, services and supplies.

During his time at McClellan, Harmata served two additional roles. He worked as an installation tax assistance officer and trained tax advisers. Tax assistants help file annual or quarterly tax returns or assist with the review and filing of file customers’ tax returns.  He also once briefed a report to the Assistant Secretary of the Air Force at the Pentagon on a classified project in 1979.

While in the inactive Reserve, Harmata established a private legal practice in Sacramento, California, where he specializes in civil and business law.

Harmata is active in the Catholic fraternal order of the Knights of Columbus and the Papal Order of the Holy Sepulchre.  He is also a member of the Marines Memorial Association. In his free time, he volunteers at homeless shelters and works as an officer of the California State Bar Public Law Section.