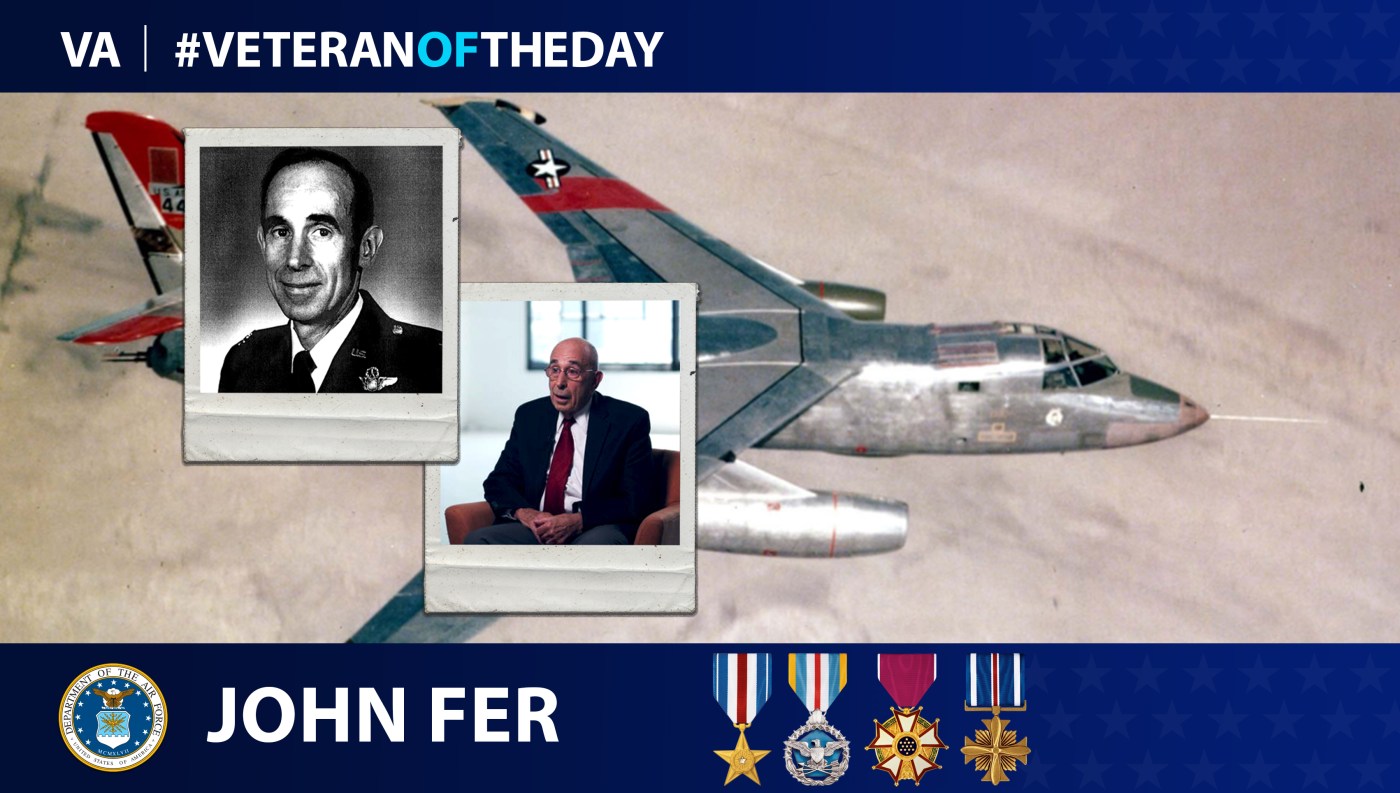 The third Friday in September is National POW/MIA Recognition Day. Today’s Veteran of the Day is one of those people we honor.

John Fer was born in 1937 in California. In 1962, he graduated from the Air Force Academy in Colorado Springs, Colorado.

Fer deployed to Vietnam in 1966. Soon after arriving, he received a Distinguished Flying Cross piloting through hostile fire. Months later, he earned a Silver Star for leading a flight of two unarmed electronic countermeasures support aircraft and four high cover aircraft into an extremely hazardous area to suppress radar controlled anti-aircraft and surface-to-air missiles in support of strike aircraft.

Later in his career, Fer served as the principal advisor for Prisoner of War and Missing in Action Affairs for the Office of the Assistant Secretary of Defense for International Security Affairs. Fer was a Department of Defense representative who contributed significantly to the establishment and implementation of national policy regarding this extremely sensitive matter. His efforts led to significant progress with the Indo-Chinese governments.