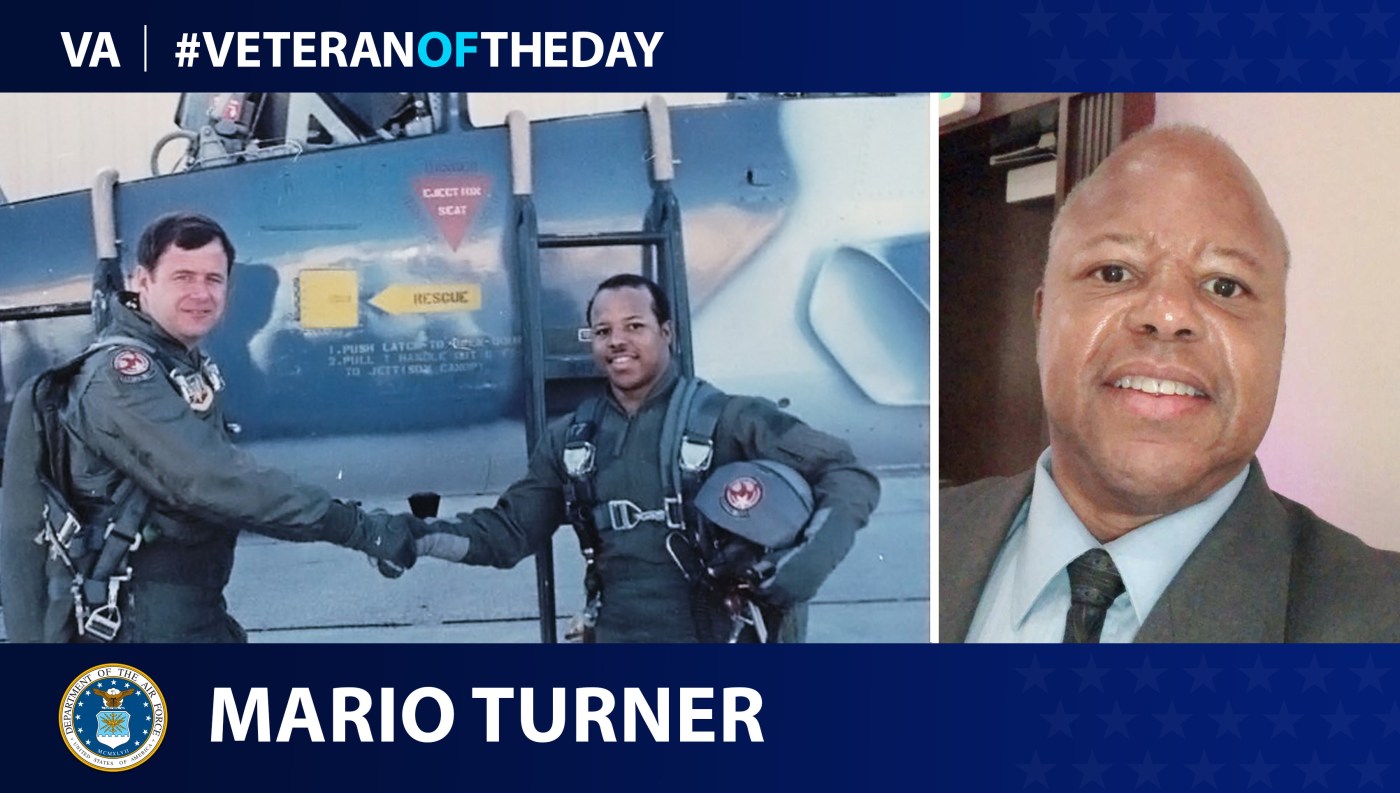 Today’s #VeteranOfTheDay is Air Force Veteran Mario A. Turner, who served in the service for 20 years and retired as a technical sergeant.

Mario A. Turner joined the Air Force in 1978. His career started at Mountain Home Air Force Base, Idaho. He was only 18 years old, but was eager to see the world and dreamed of becoming a pilot. His career, however, eventually took him down a different path. Turner went into avionics, where he worked on F-111s and EF-111s. At the age of 20, Turner transferred to England, where he considered cross training in air traffic control. Ultimately, he chose to stay in avionics and work on a classified project.

While stationed in Lowry Air Force Base, Turner became part of the Jody Drill Team, a precision marching unit that performed at many functions in and around Denver, Colorado. His drill team performed in a style of marching called British Manual. The Jody Drill Team was rated the best in every parade and received numerous first place trophies.

During his time in service, Turner also spent three years stationed in Utah, three in North Carolina, one in Korea and ended his 20 years of service in Nevada. He retired as a technical sergeant in 1998 in Las Vegas, Nevada, where he presently resides.

Throughout his 20 years of service, Turner earned three Air Force Commendation Medals and three Air Force Achievement Medals. He was also nominated for an Airman’s Medal after using his personal fire extinguisher to put out a car fire at the gas pump of an eight-lane gas station on base. His bravery ultimately prevented a catastrophic event.