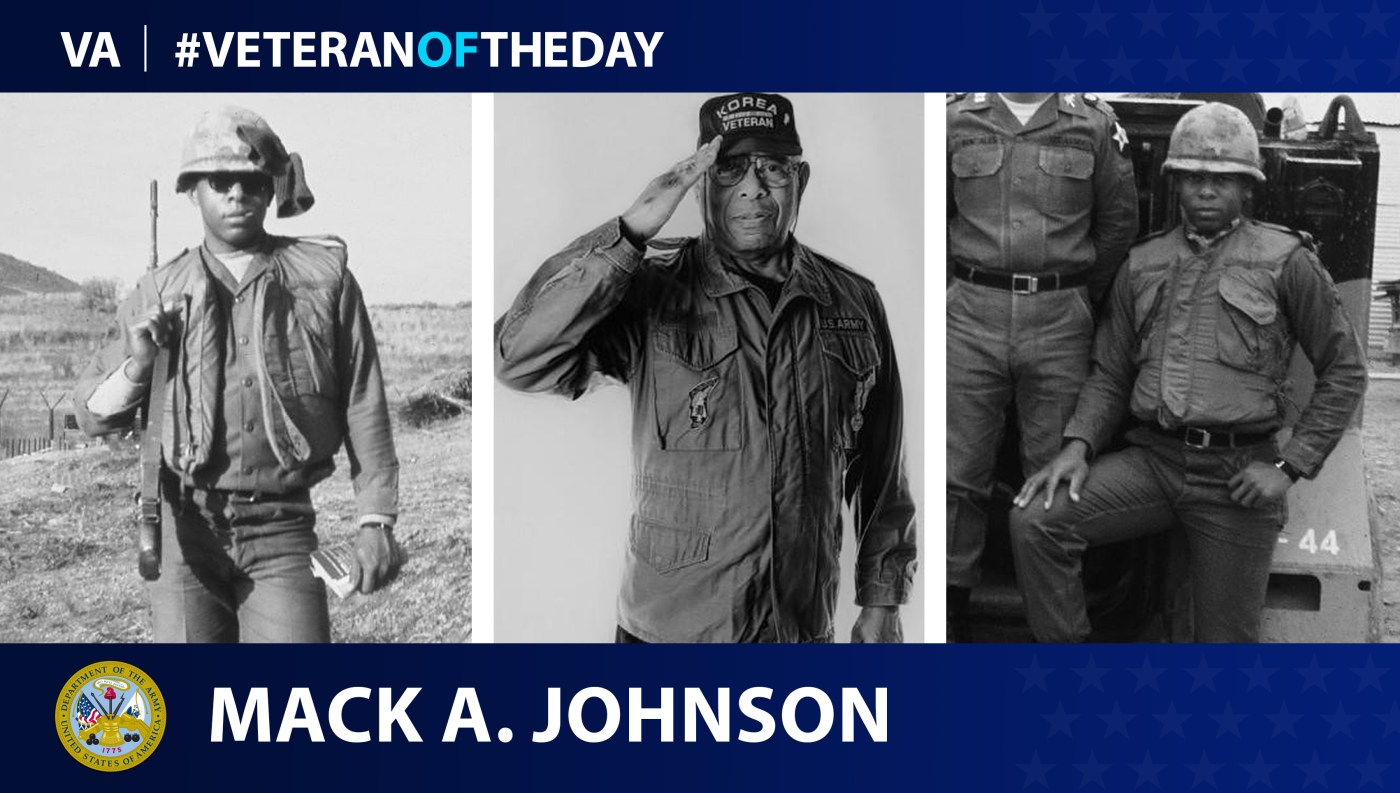 Today’s #VeteranOfTheDay is Army Veteran Mack Johnson, who served in South Korea after the Blue House and USS Pueblo crises.

Growing up in Columbia, Kentucky, Mack Johnson liked cooking, weightlifting and boxing. After graduating from high school, Johnson attended college and considered trying to enter the Army Special Forces, but decided against it. In September 1967, the Army drafted him.

He completed basic training at Fort Knox in Kentucky. Johnson trained in mortar usage for deployment to Vietnam. Due to medical reasons, he did not finish advanced infantry training with his unit. He later served with B Company in the 2nd Battalion, 23rd Infantry Regiment as part of the 2nd Infantry Division.

Two incidents diverted Johnson’s unit to South Korea. The first occurred on Jan. 21, 1968. A group of North Korean commandos attempted to assassinate South Korean president Park Chung-hee at his residence, the Blue House, in Seoul. The second was two days later.  North Korean patrol boats captured the Navy intelligence vessel USS Pueblo and its crew, who were sent to Pyongyang. Johnson went to South Korea as part of the joint U.S.-South Korean force defending the Demilitarized Zone (DMZ) along the North Korean border.

Johnson’s unit arrived in South Korea in April 1968 and went to Camp Greaves near the Imjin River. While there, he went on reconnaissance missions, patrolled the border and conducted ambushes. By mid-May, he had been on 20 missions and qualified for the Imjin Scout Badge, given to soldiers who learned advanced combat training while in the field. Johnson stayed in South Korea until May 1969. Upon his return to the U.S., he decided not to remain in the Army despite being offered a promotion if he re-enlisted. For the remainder of his service, Johnson served at Fort Dix in New Jersey. He honorably discharged as a sergeant.

After leaving the Army, Johnson got a job at IBM and initially settled in St. Louis, Missouri. Based on his work with IBM, Johnson also lived in Colorado and New Jersey. When he retired, Johnson joined the American Legion and reunited with fellow members of the 2nd Infantry Division as well as other Imjin Scouts.