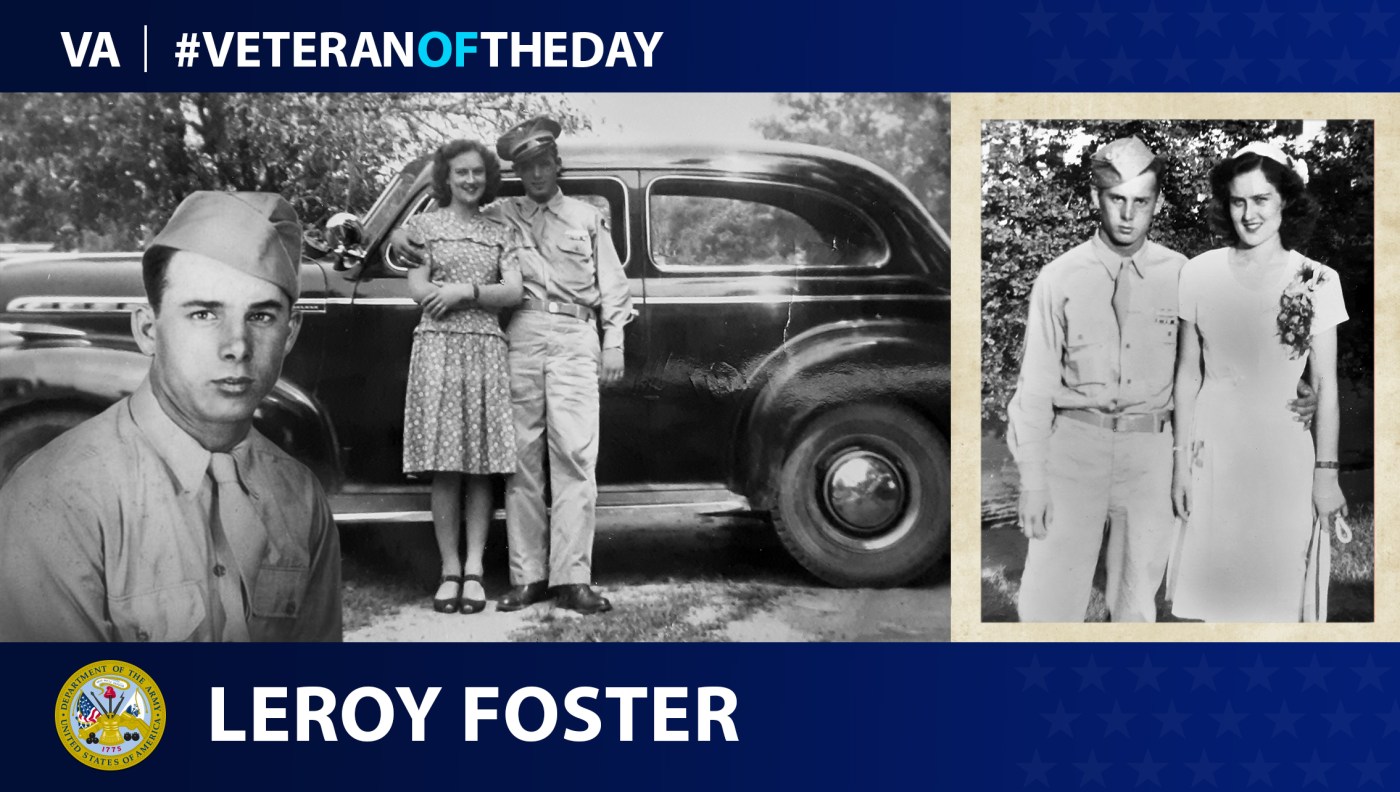 Today’s #VeteranOfTheDay is Army Veteran Leroy Foster, who fought and was captured as a POW in the European Theater during World War II.

Leroy Foster began his military service in December 1943 when he enlisted in the Army in Richmond, Virginia. He completed basic training at Camp Blanding in Florida. He then served with the 60th Regiment, Ninth Infantry Division as a rifleman. Foster arrived in France at Omaha Beach and fought his way along the frontlines through France and Belgium, participating in battles such as the Battle of the Bulge.

On the night of Sept. 24, 1944, German soldiers captured Foster and 12 others while behind enemy lines in Belgium. The Germans took the prisoners to Stalag VII-A, Germany’s largest POW camp. Foster signed on for a work detail at a brick factory in Munich and lived in a farmhouse with about 18 other prisoners. On Christmas night, Foster and two others escaped from their guards. For seven nights, they ran between 20 to 30 miles a night before the Germans caught them. The Germans took them back to Munich, where they were sentenced to 21 days of isolation.

At the end of the war, the Germans released Foster after eight months as a POW. He went back home to Virginia and discharged from the Army Nov. 21, 1945. During his service, he received a Prisoner of War Medal, an Army Good Conduct Medal, a European-African-Middle Eastern Campaign Medal and a World War II Victory Medal.

Within two weeks after Foster returned home, he married his wife, Iris Mae. He worked for a Coca Cola factory for nine years and for Newport News Shipbuilding for 30 years. Foster passed away in 2006.