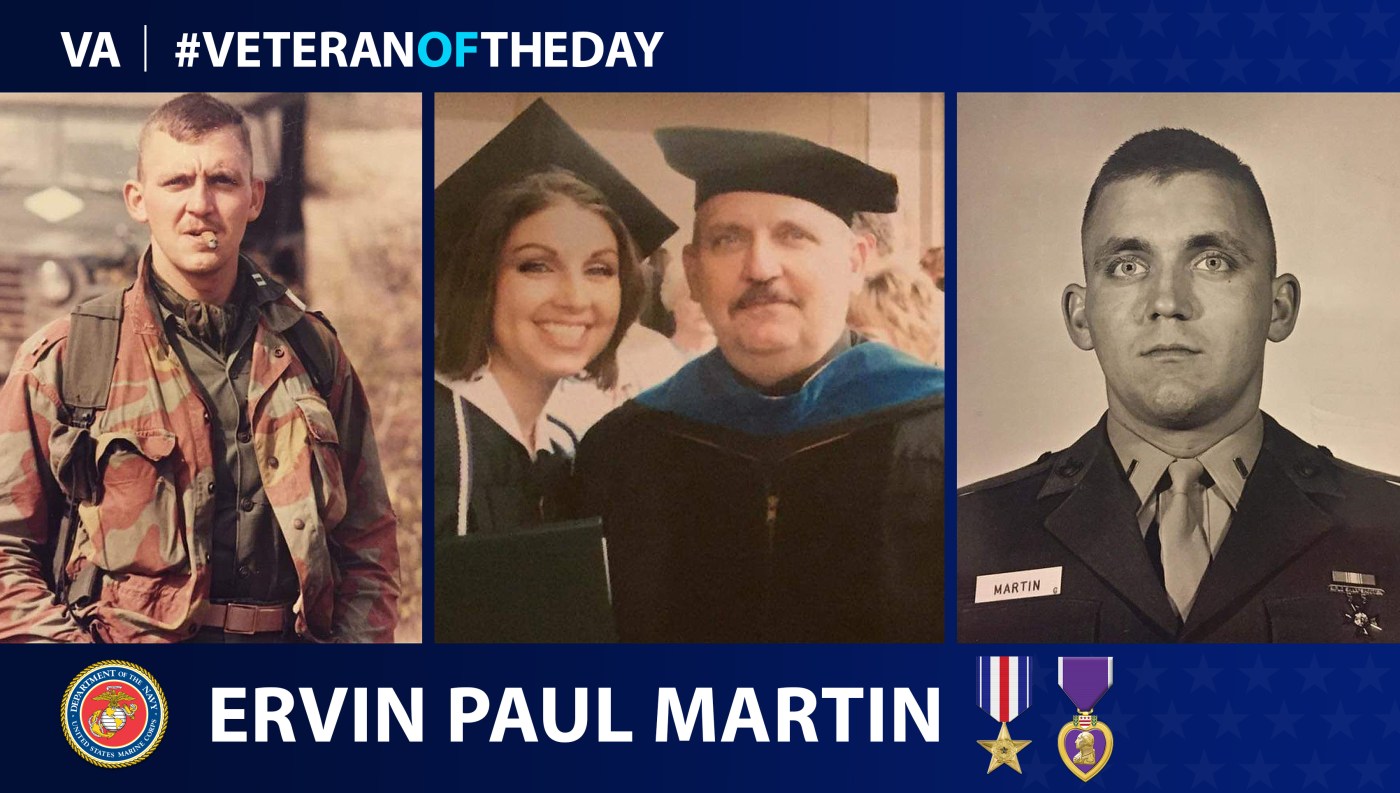 Martin served as a second lieutenant during the Vietnam War. While serving as a platoon commander with Company D, First Battalion, Fifth Marines, First Marine Division, Martin received a Silver Star for his efforts in the operations in Vietnam.

His platoon attacked a North Vietnamese Army force in Quang Nam Province, when they came under the attack of small arms and antitank rocket fire, sustaining numerous casualties. Martin spotted two injured men across the rice paddy and exposed himself to enemy fire in order to bring them to safety. He then maneuvered his platoon out of the line of attack and put them in a defensive position for the night. Subsequently, he led a search party to recover remaining soldiers on the battlefield without sustaining any further casualties.

During his service, he also receive a Purple Heart, Combat Action Ribbon and Presidential Unit Citation.

Known fondly as “Rock,” Martin went on to become a U.S. Marshal in San Francisco, where he met his late wife Janice Brown. He later acted as the Director of Emergency Services for the state of Alaska and headed clean-up efforts for the oil spill of 1989.

Martin moved to Mississippi in 1995, where he received his doctorate in Philosophy of Human and Organizational Systems from the Fielding Institute of Santa Barbara, California. He later became a professor at Belhaven University in the business department.