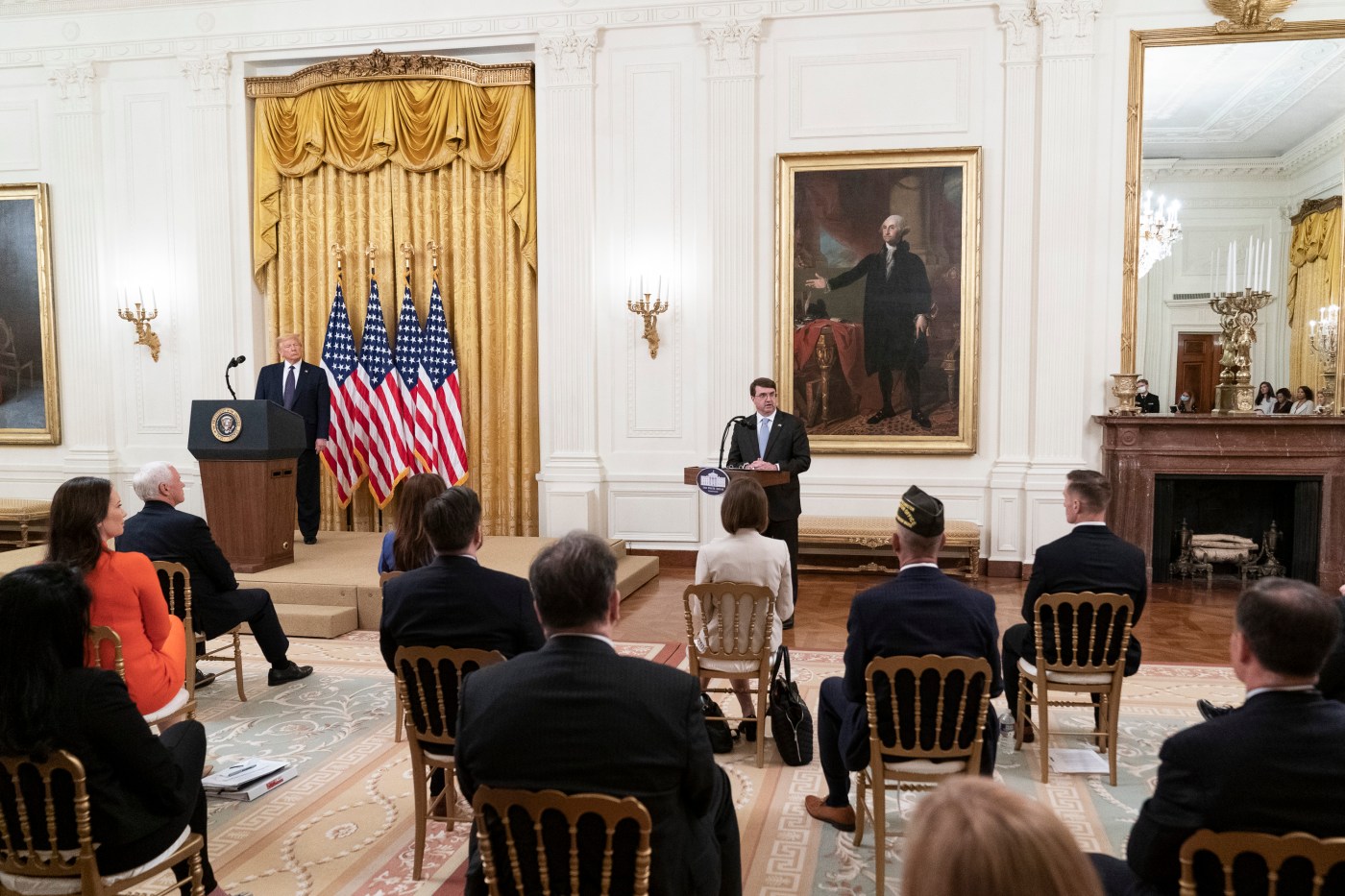 On June 17, 2020, President Trump released the President’s Roadmap to Empower Veterans and End a National Tragedy of Suicide (PREVENTS). This landmark nationwide plan engages Americans in a nationwide effort to prevent suicide, connect Veterans and others at risk to federal and local resources, and facilitate coordinated research on suicide prevention.

“My administration is taking steps to ensure that the men and women who bravely fought for us when they were called will be given the care and attention they need during some of their darkest hours,” said President Donald J. Trump.

The roadmap is the result of an Executive Order that President Trump signed on March 5, 2019. It calls for several steps to advance this critical national goal, many of which are already underway:

This summer, the PREVENTS Office will launch a nationwide public health campaign aimed at educating Americans that suicide is preventable. It creates awareness of mental health and suicide prevention best practices with a call to action for ALL Americans to take the PREVENTS Pledge to Prevent Suicide.

Too often, we focus on a one-size-fits-all approach to suicide prevention that fails to take into account an individual’s specific risk factors. As a key element of the roadmap, PREVENTS will launch the National Research Strategy to accelerate the development and implementation of effective solutions to help prevent suicide among Veterans and all Americans.

The PREVENTS Office has built relationships with dozens of organizations across the country. These include Veteran and military service organizations, faith-based groups, universities, non-profits, corporations, small businesses. It also includes state and local governments to share best practices for promoting mental health, to ensure awareness of and access to federal, state, local and tribal resources.

“The release of the PREVENTS Roadmap is a critical step in advancing the national priority of preventing suicide in this nation, but it is only a first step” said PREVENTS Executive Director Dr. Barbara Van Dahlen. “With our Veterans leading the way, we will engage all Americans as we fully implement the PREVENTS Roadmap. Together we will prevent suicide.”