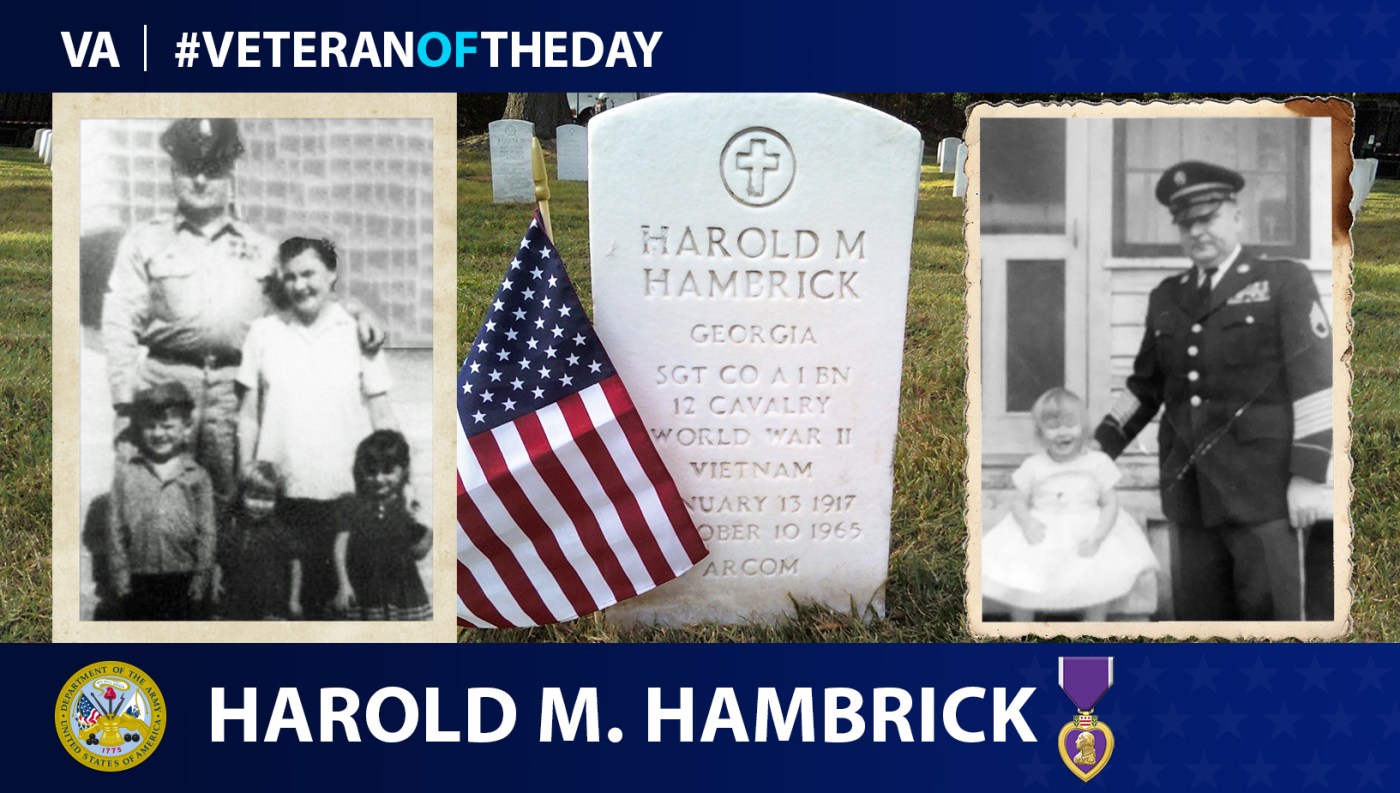 Today’s #VeteranOfTheDay is Army Veteran Harold Michael Hambrick, who served during World War II, Korea and Vietnam and was killed in action.

At 48 years old—after tours in both World War II and Korea—Hambrick was retirement eligible from the Marines. However, he chose to continue serving his country.

Enlisting in the United States Army, he became a paratrooper during the Vietnam War. In the summer of 1965, Hambrick volunteered for the 1st Cavalry Division, Airmobile. The following August, he began what would become his final tour, specializing in light weapons infantry.

On Oct. 10, 1965, in “Operation Shiny Bayonet,” the 1st Cavalry Division initiated their first brigade-size airmobile attack against the North Vietnamese Army. In order to locate enemy snipers, Hambrick attempted to draw enemy fire. An enemy soldier killed Hambrick with a single round. He was the first killed in action during the battalion.

John Laurence and Morely Safer covered the battle for CBS. It aired on CBS as “The Downed Helicopter and the Dying Soldier.” Laurence’s book is called “The Cat from Hue: A Vietnam War Story,” with Operation Shiny Bayonet featured in the chapter titled “October 10, 1965.”

Hambrick is buried in Arlington National Cemetery in Virginia. He received a Purple Heart for his service. His name on the Vietnam Veterans’ Memorial in Washington, D.C., on Panel 2E, line 116.