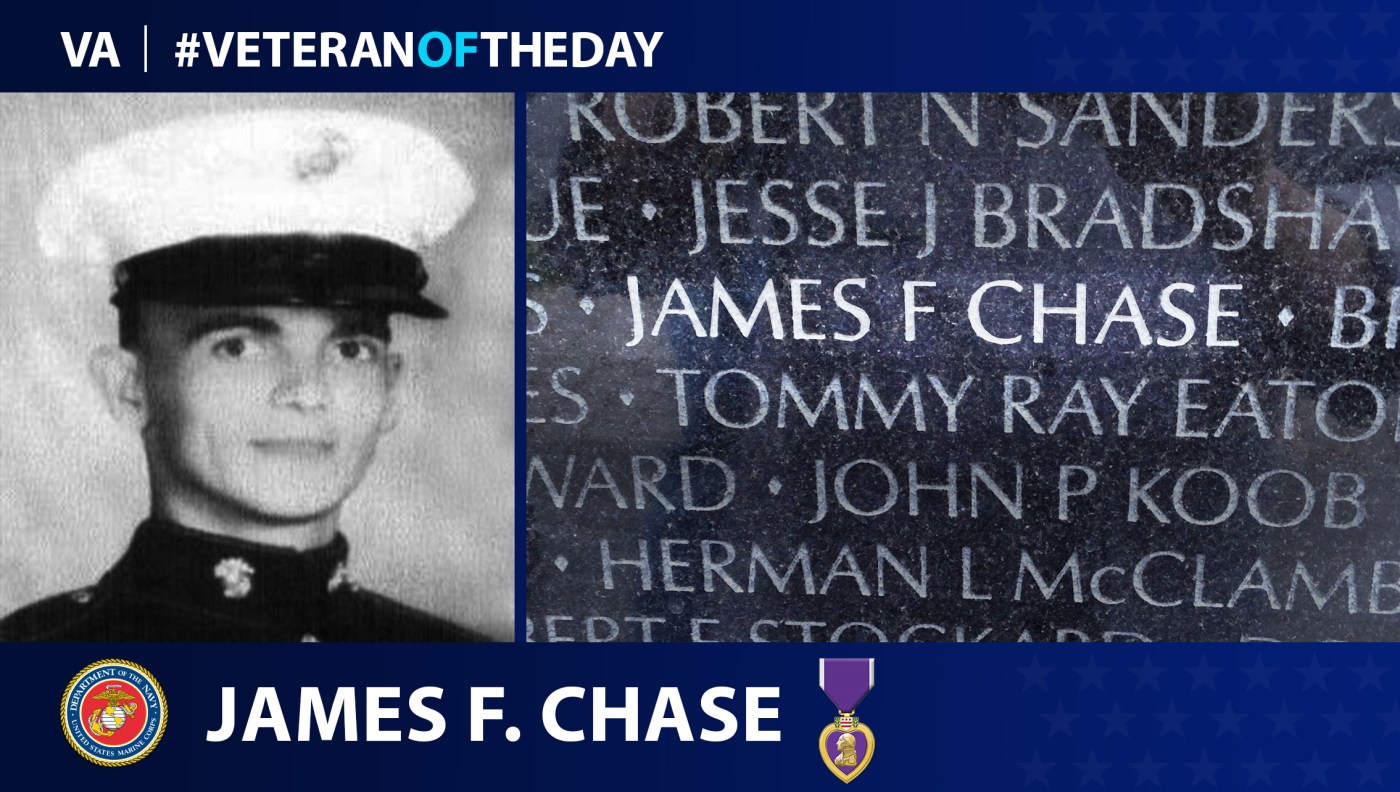 Today’s #VeteranOfTheDay is Marine Corps Veteran James Francis Chase, who served during the Vietnam War and was killed in action.

James Francis Chase grew up in Howland, Maine. During his service in the Marine Corps, Chase served in Portsmouth, Virginia, on the USS Intrepid in 1967 as Marine security on the ship. Fellow service members aboard the ship liked Chase, as recounted by his shipmate Jerry Mahoney.

At the height of the Vietnam War, Chase lead squad patrols as a corporal in the Quang Nam Province as a part of the 2nd Platoon, Charlie Company, 1st Battalion, 1st Marines, 1st Marine Division, III Marine Expeditionary Force. Chase always insisted on being his own point man. He requested the Navy corpsman walk between the radio operator and machine gunner in order to ensure maximize protection.

On Dec. 17, 1968, Chase lead a search and destroy patrol down Booby Trap Alley. Unfortunately, the patrol encountered an explosive device that detonated, injuring three Marines, one of whom was Chase. His fellow Marines assisted those wounded to the best of their abilities and monitored their conditions throughout the flight to Da Nang Naval Hospital. Chase’s condition deteriorated rapidly, having borne the brunt of the explosion. He succumbed to his injuries later that day.

He was laid to rest in his hometown in West Enfield Cemetery, Maine. Chase’s name is on Panel 36W, Line 33 of the Vietnam Veterans Memorial.