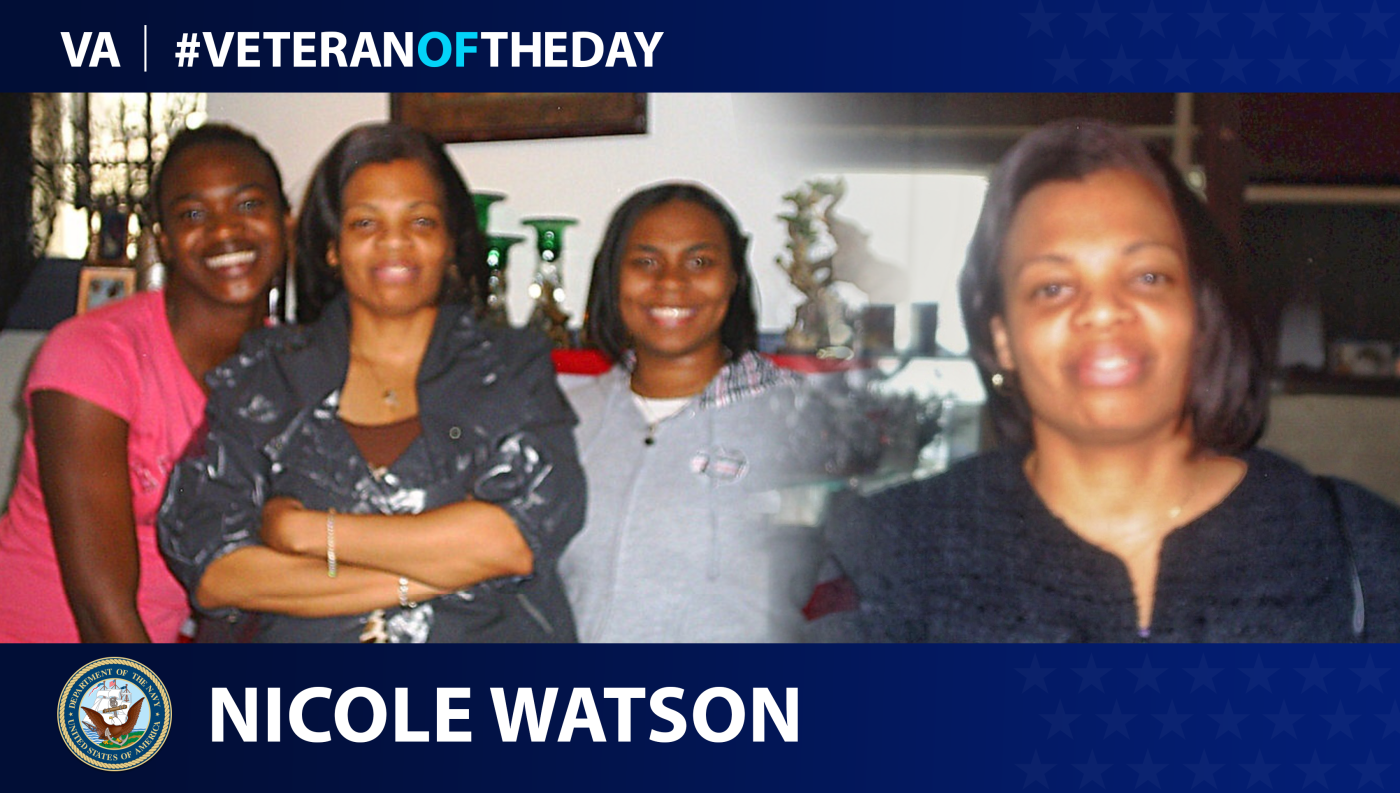 Today’s #VeteranOfTheDay is Navy Veteran Nicole Watson, who served in the Reserve from 1990-1994 and was the first female in her submarine unit.

Nicole Watson enlisted in the Navy immediately after graduating high school in Dayton, Ohio, and went on to serve at the Naval Reserve Center on Gettysburg Avenue. Watson enlisted because she wanted to experience the world and do something positive rather than head straight to college.

After enlisting, Watson went to boot camp in Orlando, Florida. She described boot camp as programming and learning the “do’s and don’ts” of the military. She would fight off her homesickness with the occasional call she was able to make to her family back home as a reward for good behavior. Her most memorable experience in boot camp was her crash course in swimming, which included a 12-foot high dive.

After completing boot camp, Watson went first to San Diego, California, for A-school, where she received basic training. Later, she served on a submarine unit in Groton, Connecticut. Watson served in the Naval Reserve during the Persian Gulf War as a seaman. During the war, Watson was active and stationed on the submarine unit. Though she didn’t go into combat, Watson was the first woman in her unit.

After the Persian Gulf War ended in 1991, Watson was active in the Navy Reserve for another year and a half, where she was a certified nurse assistant. In 1992, following the birth of her daughter, Mya, Watson left the military. She went on to get her education with the help of the GI Bill at Sinclair Community College in Dayton, Ohio. Looking back, Watson said she grateful to the Navy for turning her into a more motivated and independent person. She said she is grateful for learning skills, like focus and strength, that she used in her job as a case worker for a job center.