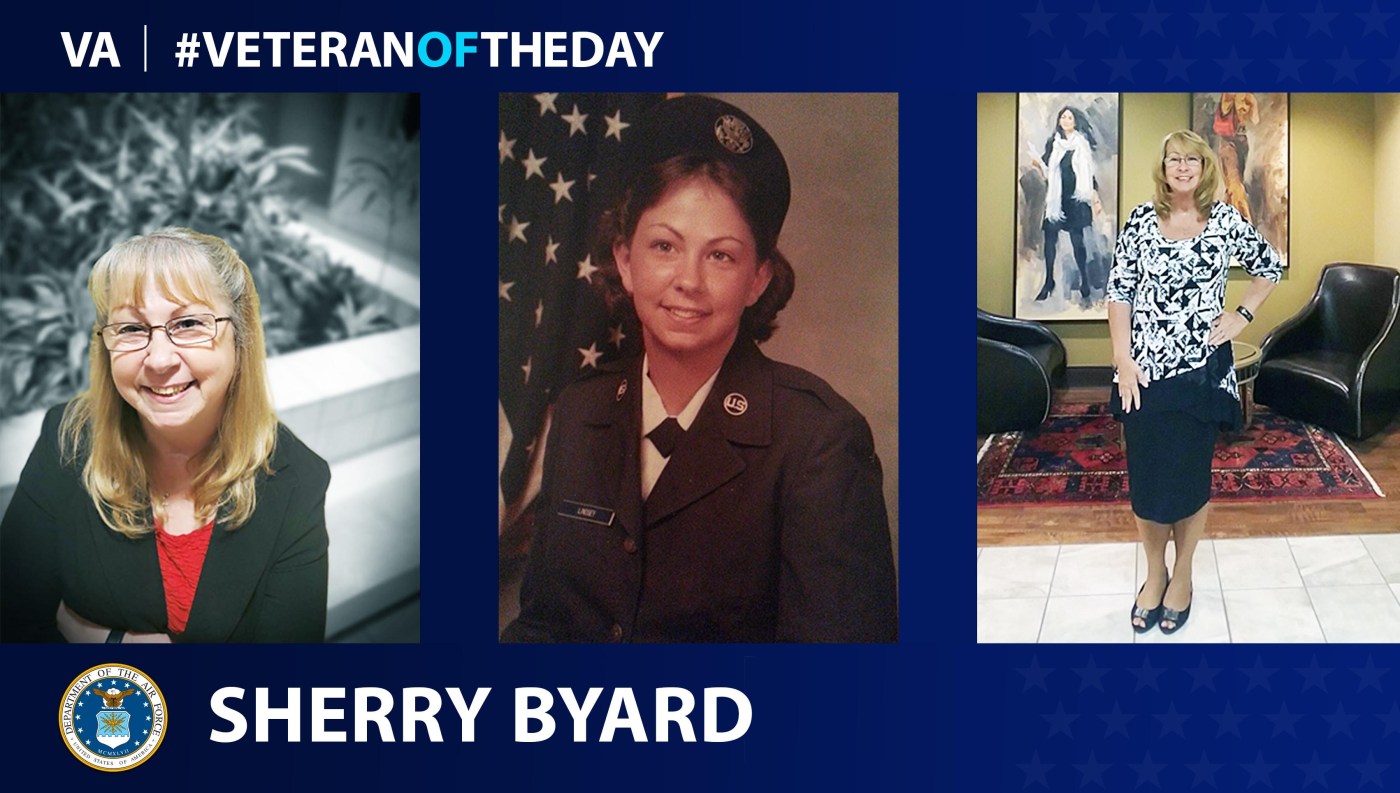 Sherry Byard originally enlisted through the delayed entry program in her junior year of high school, following in the footsteps of her brother, who did so just a year earlier. With her father in the military, he motivated Byard to serve as well. After basic training, Byard went to Keesler Air Force Base for technical training, the same location her brother trained.

During her service, Byard and her unit were awarded the Air Force Outstanding Unit Award. She also received a Good Conduct Medal for completing three consecutive years of honorable and faithful service.

Today, Byard works in Abilene, Texas, for the Texas Veterans Commission. She is a Veteran employee liaison coach, assisting Veterans’ transitions out of the military and into civilian society and connecting them with employers.

Byard also cofounded the Women Veterans of West Texas, where they bring awareness to women’s military service and connect active and former female service members. For her contributions to the organization, she received the Greg White Award from the Texas Veterans Commission.