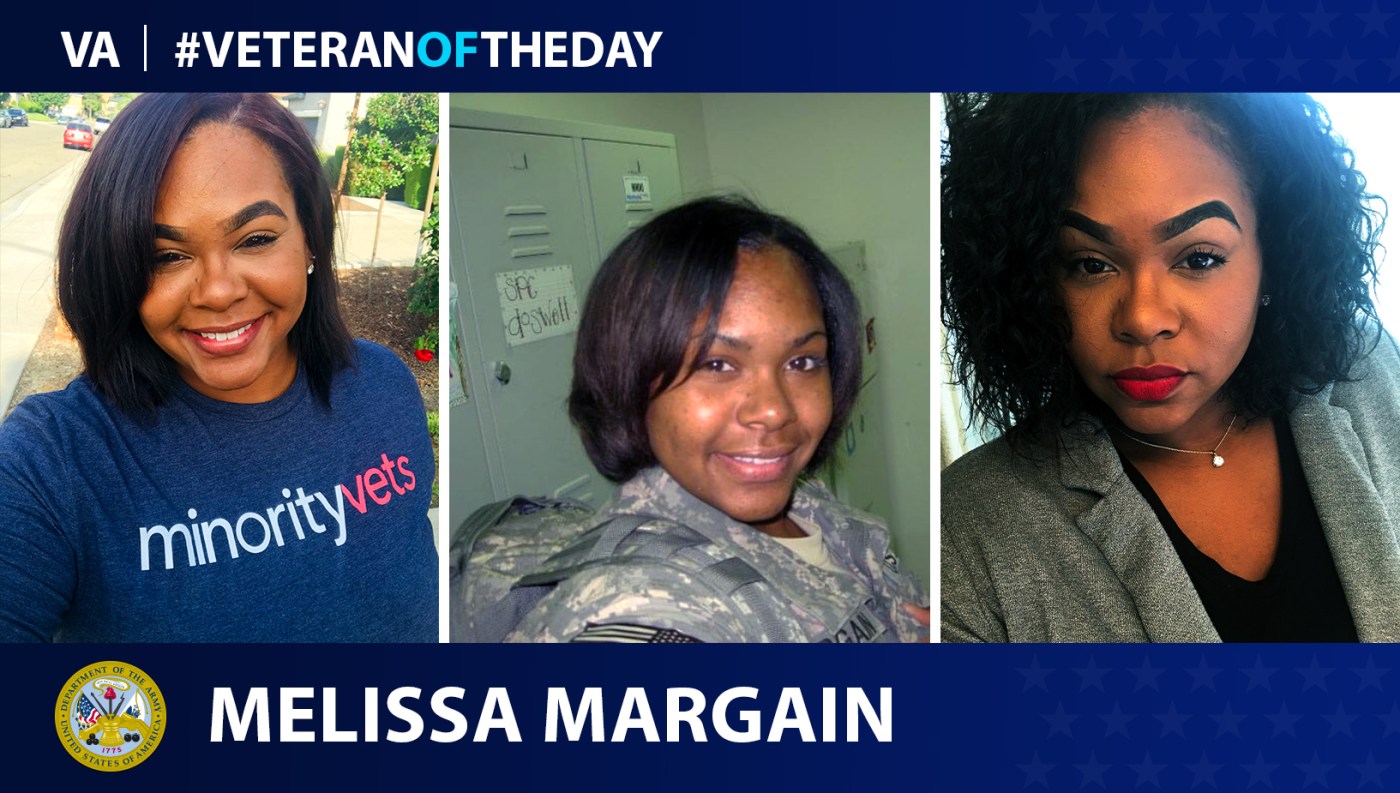 Coming from a military family in Oakland, California, Melissa Margain was interested in the military from a young age. She joined the Army Junior Reserve Officer Training Corps program while in high school and decided to enlist after graduating.

In October 2005, she entered the Army, and after basic training, Margain trained as a dental specialist. Dental specialists assist Army dentists in the examination and treatment of patients, manage dental offices, and also perform forensic dentistry when identifying casualties.

During her second tour in 2009, she was at Balad Air Base and worked as the noncommissioned officer in charge of the Balad Dental Clinic’s Dental Lab and Radiology department. A mortar attack on the base injured Margain, and she sustained a traumatic brain injury. She later was also diagnosed with a seizure disorder and PTSD. Due to the severity of her injuries, Margain returned to the U.S. and went through speech and cognitive therapy to help with regaining memory and speech function. She later medically discharged from the Army.

Upon discharge, she worked at a dental clinic in Pleasant Hill, California, but struggled to transition to civilian life. Margain joined VA as a health benefits advisor. Working with other Veterans helped her realize that she wanted to advocate for Veterans like herself. After receiving a bachelor’s degree in cognitive science from American Military University, Margain became a field representative for Contra Costa County’s supervisor. She was active in Veterans organizations, such as the Alpha Gamma Xi Military sorority and the California Women Veterans Leadership Council. She also became certified as a domestic violence counselor.