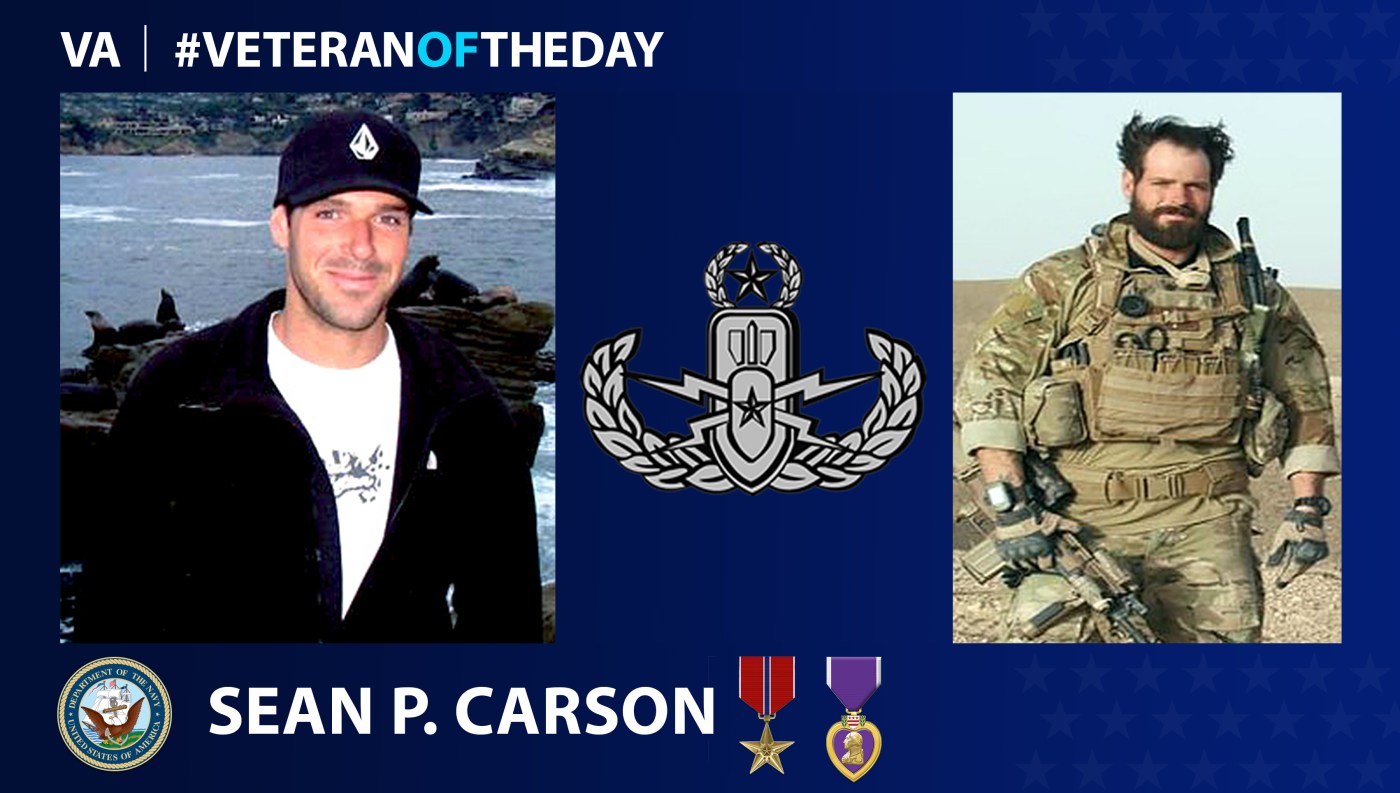 Today’s #VeteranOfTheDay is Navy Veteran Sean P. Carson, who served from 1999-2012 and was killed in action during Operation Enduring Freedom.

Sean Carson was born in 1980 and grew up in Redmond, Washington. After earning his General Education Development in 1999, Carson enlisted in the Navy and completed his basic training in Great Lakes, Illinois.

Carson served several years in the Navy before starting explosive ordnance disposal training in 2007. He finished training in 2009 and reported to Explosive Ordnance Disposal Mobile Unit 3, based in San Diego, California. Carson then deployed to Iraq in support of Operation Iraqi Freedom with Naval Special Warfare Squadron 5. Afterwards, he also deployed to Afghanistan with SEAL Team 3. Over the course of his career, Carson made multiple combat deployments to Iraq and Afghanistan.

On Aug. 16, 2012, Carson died when the Black Hawk helicopter he was aboard crashed northeast of Kandahar, Afghanistan.

During his service, Carson received a Bronze Star Medal with “V” for valor device, a Purple Heart and two Navy Achievement Medals.

Carson is survived by his wife, Nicole, and their daughter, Leila.