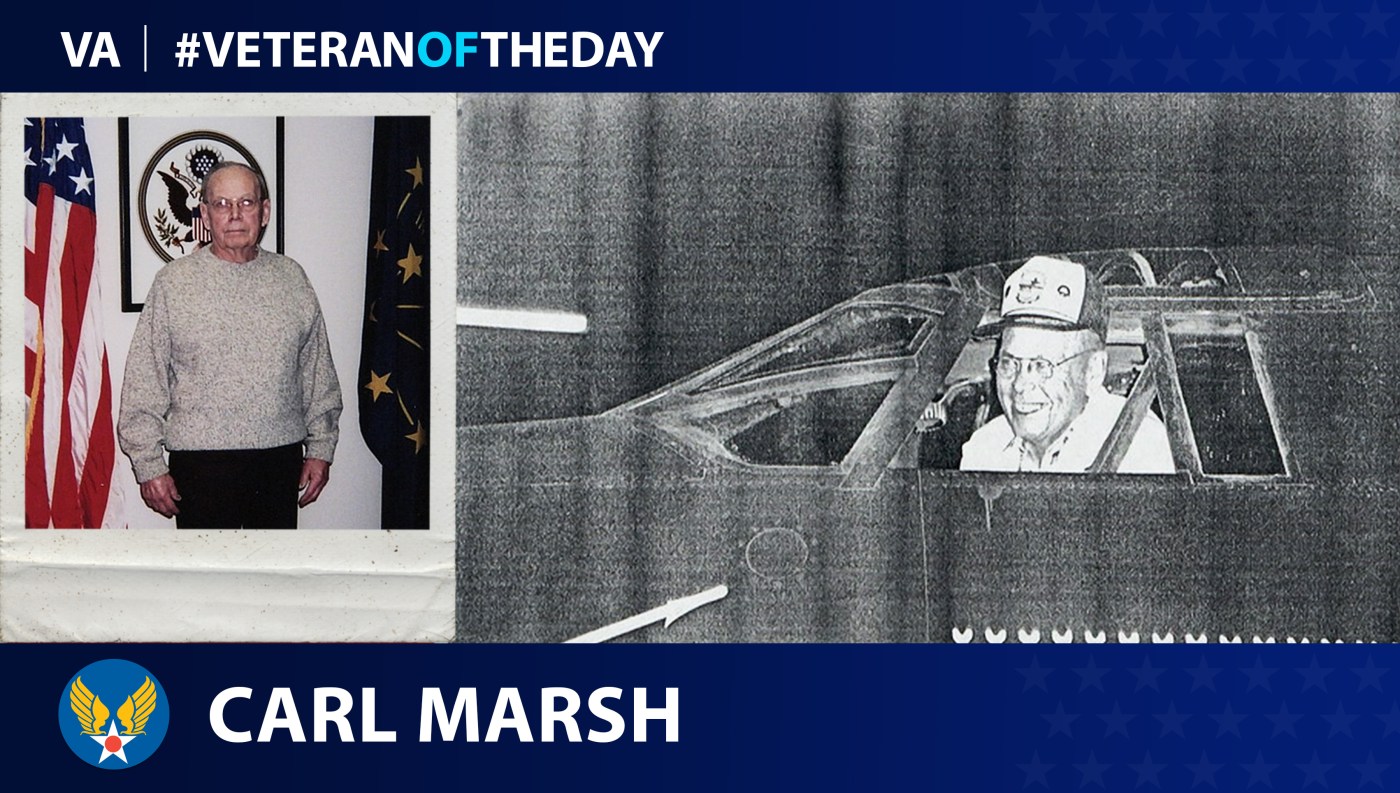 Carl Marsh was born in August 1923. A native of Indiana, Marsh enlisted in the military during World War II. After being processed at Fort Harrison northeast of Indianapolis, he began basic training at Miami Beach, Florida, and then went briefly to Denver, Colorado, to receive training on armament. When Marsh returned to Miami Beach, he went to the 394th Bomb Group of the 584th Bomb Squadron in the 9th Air Force. His training then took him to Ardmore, Oklahoma, and Battle Creek, Michigan.

While training, Marsh flew assault-type planes over Tennessee. Upon returning to Michigan, he departed for the base at Porum, England and flew several missions while there with his group. The first buzz bomb that hit England landed only a short distance from their field.

Marsh then headed to the A13 airstrip in France, landing in Omaha Beach in Normandy, France. Shortly afterward, he went to Cambrey, France where he had to stay for a prolonged period of time due to the Battle of the Bulge. Later, he flew missions from Randolph Field in France, an airfield that had been mostly bombed.

Marsh continued serving in the European theater by completing missions in Holland. He then returned to England, where he trained on a new A-26 in Blackpool. When the war in Europe ended, Marsh volunteered to fly the plane to the Pacific and take part in the invasion of Japan. However, the war ended. Marsh and his comrades remained in Southern France and volunteered for kitchen patrol duty while waiting for news. After his discharge at the rank of staff sergeant, Marsh returned home where he completed his training to be a mechanic. He later started his own shop and was in business for over 40 years.