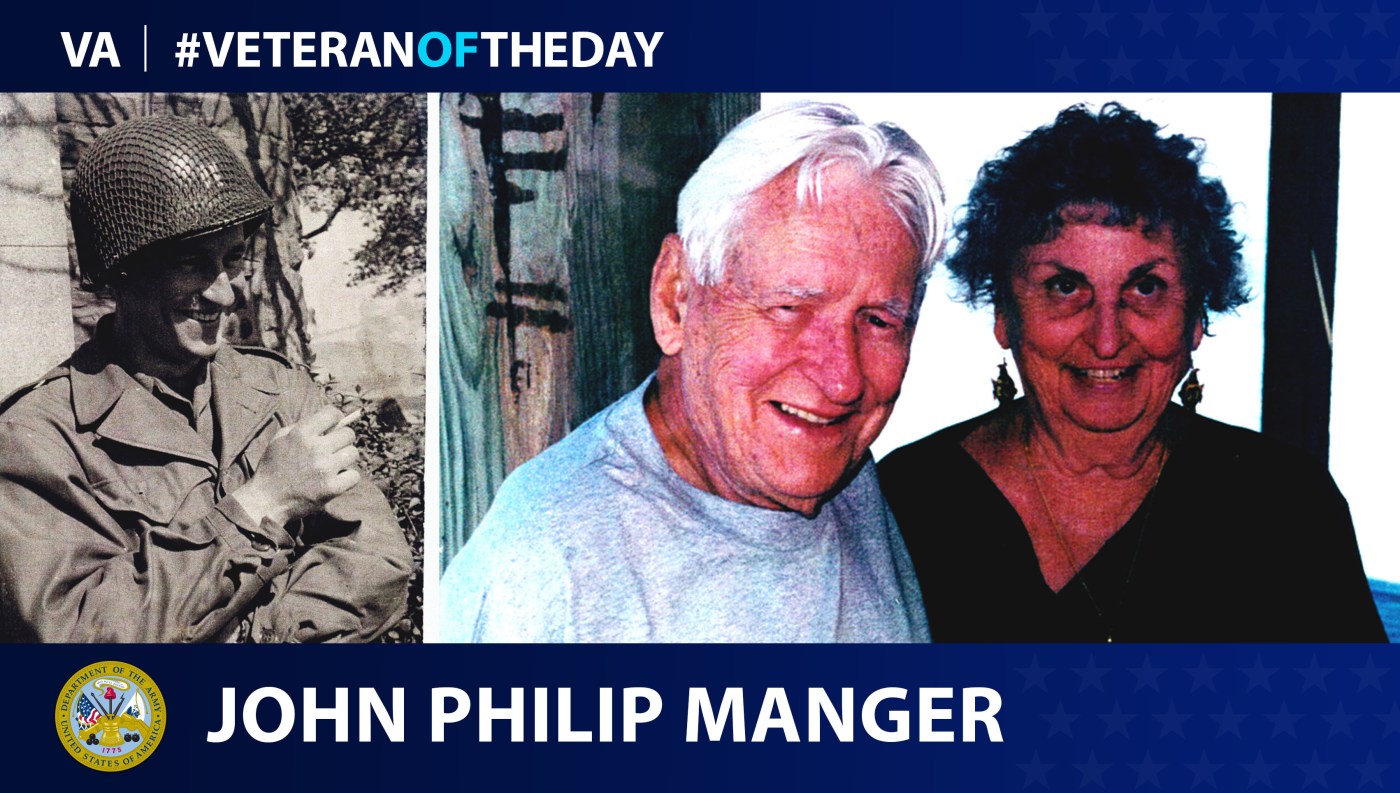 Today’s #VeteranOfTheDay is Army Veteran John Philip Manger, who served as an officer in an engineering corps during World War II.

John Philip Manger was a member of the Reserve Officers’ Training Corps throughout high school and college. When Manger graduated from Michigan Technological University in 1938 with a degree in chemical engineering, he went to Fort Logan in Denver, Colorado, for officer training. He was supposed to be there for a year, but his time was cut short after learning he had a heart murmur. He went home but stayed in the Reserve. In 1939 he found a job as a chemical engineer with Infilco, Inc.

However, in July 1942, the Army recalled Manger. He moved around to various bases in the U.S., learning how to lead large groups of soldiers. He served with the 164th Engineers Combat Battalion and went overseas in February 1944.

In March, Manger landed in Scotland and spent a few months doing additional training in England. Manger landed on Utah Beach June 30, 1944. He commanded a platoon of a large group of soldiers. His unit’s task was to repair and maintain bridges and roads, once building a bridge in just seven days. During the Battle of the Bulge, Manger’s unit supported the 7th Army Corps when the Germans broke through the Ardennes. His battalion also fought in the Battle of Remagen. They secured and rebuilt the Ludendorff Bridge. When the Allies pushed further into Europe, finding himself with little to do, Manger borrowed a car and went to see the Eagle’s Nest, Hitler’s headquarters.