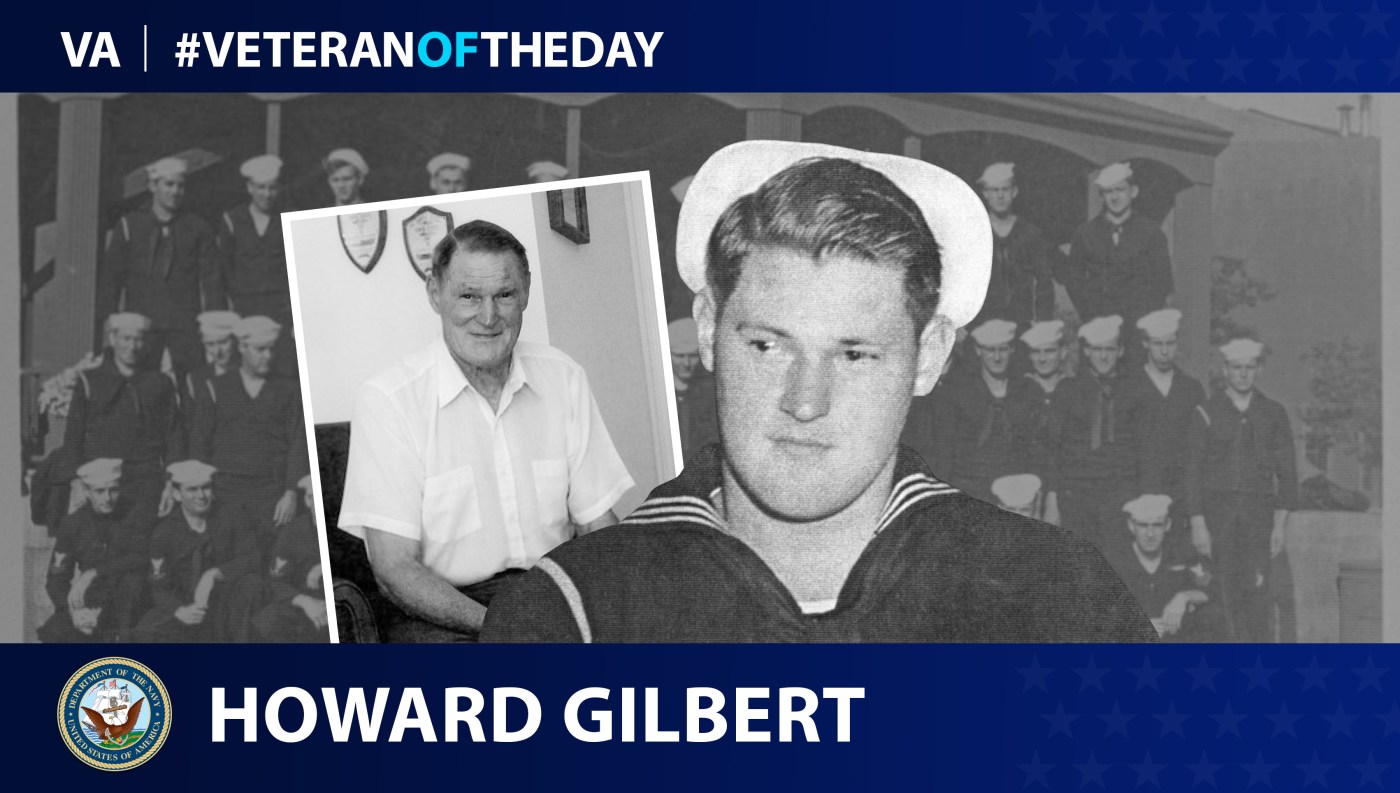 Today’s #VeteranOfTheDay is Navy Veteran Howard Catton Gilbert, who served in the Naval Armed Guard and on a liberty ship during World War II.

Growing up in Seattle, Washington, Howard Catton Gilbert returned from a ski trip to Mount Rainier in December 1941 when he learned of the Pearl Harbor bombing. Wanting to avoid the draft, Gilbert enlisted.

He went to basic training at the Naval Training Station in Farragut, Idaho, for three months. Gilbert became part of a ship’s company and taught recruits knot tying, marlinspike and seamanship. Later, he went to gunnery school in San Diego, California. There, Gilbert learned to fire at tow targets with various types of guns on naval ships.

After completing this training, he went to Naval Station Treasure Island in San Francisco. He joined the Naval Armed Guard, who protected merchant sea traffic. As part of it, Gilbert participated in shore patrol and keeping order among the sailors. When the U.S. Army Troopship (USAT) Sea Devil launched, Gilbert joined the crew as an armed guard gunner and departed for the Pacific.

The USAT Sea Devil ported in Milne Bay, Australia, for two months. To pass time, the crew would go swimming, chip and repair the paint on the gun tugs, and occasionally saw USO shows. Eventually, the ship transported troops to Lae, New Guinea, for MacArthur’s invasion of the islands.

Gilbert later transferred to a liberty ship, the Prowess. The Merchant Marines used liberty ships to transport necessary materials to the Allies. During this time, Gilbert served in Melbourne, Australia, Calcutta, India, and Colombo, Sri Lanka. The Prowess later returned to the Atlantic through the Suez Canal and the Mediterranean. While passing through Gibraltar with a convoy, a German submarine attacked the ship. Fortunately, the ship safely landed in New York City without damage.

After obtaining a week’s leave to visit family in Seattle, Gilbert returned to Naval Station Treasure Island and was supposed to go to the Aleutian Islands near Alaska. But because of his rank as a boatswain’s mate, he became a master-at-arms and put in charge of various barracks around Seattle. He remained in this position until the war ended in August 1945. Gilbert honorably discharged as a boatswain’s mate second class in the fall of 1946.

He later joined the Navy Reserve for several years. Upon leaving the Naval Reserve, Gilbert graduated from the University of Washington’s dental school and started his own practice at the Medical-Dental Building in Seattle, working actively until his retirement.