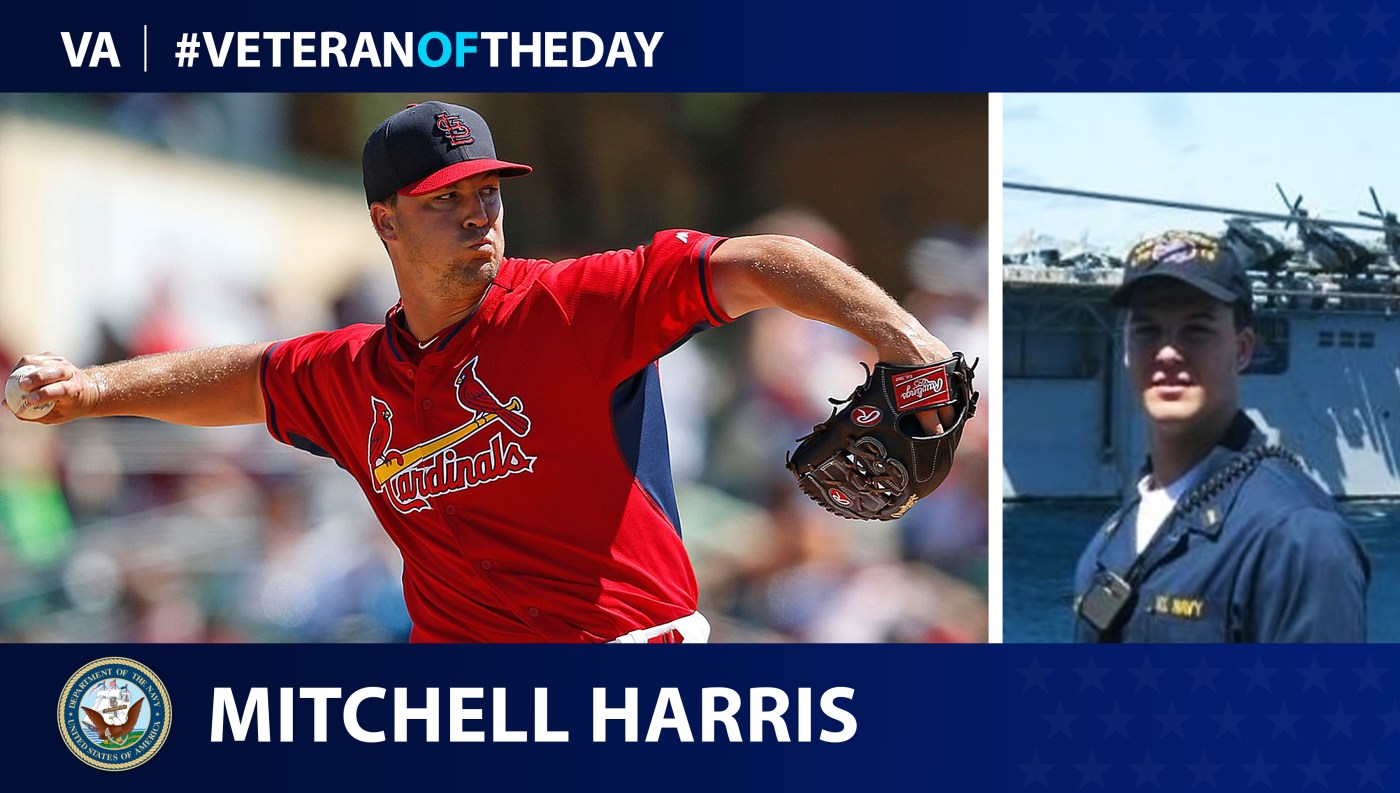 Mitchell Harris comes from a military family. Both his grandfathers served in the military during World War II, one in the Navy and another in the Army. During high school, Harris was an all-conference baseball player and considered to be one of the top college pitching recruits in the country. An athletic recruiter with the U.S. Naval Academy noticed Harris’ talent and recommended him to pursue baseball while beginning a career in the military.

Harris entered the U.S. Naval Academy in 2004. He played for the academy baseball team and multiple major league teams scouted him. After graduating from the Naval Academy in 2008, the St. Louis Cardinals drafted Harris in the 13th round of the Major League Baseball Draft, but he had already committed to serving a five-year contract with the Navy.

During his service, Harris served onboard the USS Ponce on a Persian Gulf mission as a weapons officer and on the USS Carr in support of anti-drug operations in Russia and South America. He also worked as a combat information officer and a training officer. During his final four months of service, he transferred to the Reserve to begin training with the Cardinals. He honorably discharged as a lieutenant in 2013.

After discharge, Harris formally joined the Cardinals organization. He spent two years in the minor leagues before being called up to the big-league club in April 2015. Harris was the first Naval Academy graduate to appear in a Major League game since 1921. He appeared in 26 games for the Cardinals, contributing to their division title that year. Harris also made history on May 5, 2015, when he pitched a scoreless sixth inning against the Chicago Cubs. He became the first Naval Academy alum to win a Major League Baseball (MLB) game.

During spring training in 2016, an elbow injury sidelined Harris and he returned to the minor leagues. The Cardinals released him in May 2017. After leaving the MLB, Harris went to work for Merrill Lynch as a financial advisor. He currently lives in the Atlanta, Georgia, area.