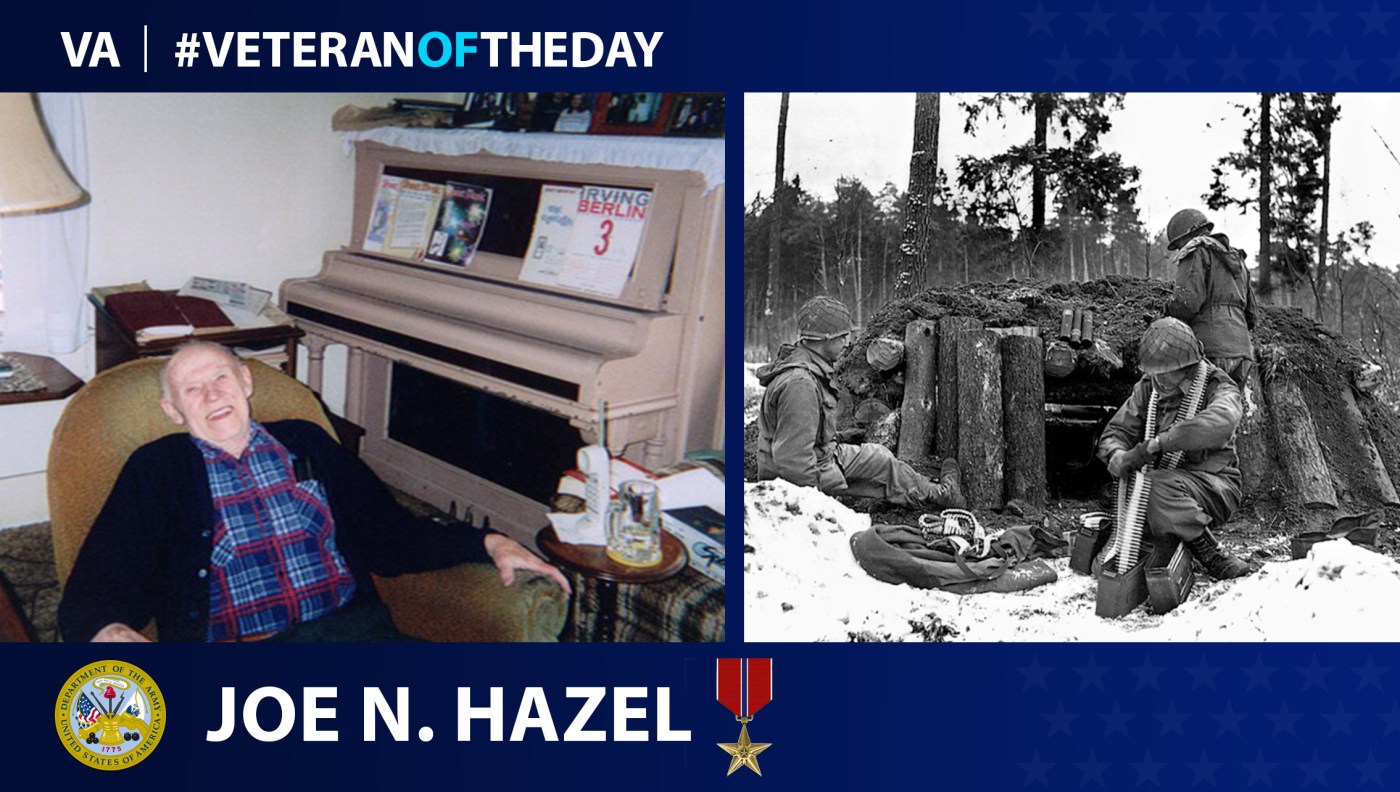 Today’s #VeteranOfTheDay is Army Veteran Joe N. Hazel, who served as a wireman in the European theater during World War II.

Joe N. Hazel was born in 1921. In 1943, the Army drafted him, and he went to Florida for basic training. He spent some time in Fort Meade, Maryland, before traveling to Camp Gruber, Oklahoma, where he joined the 42nd Infantry Division. Hazel trained as an infantryman and as a wireman, with the job of stringing wire under combat conditions to ensure lines of communication remained open.

On Thanksgiving Day 1944, Hazel left the U.S. and eventually arrived in Lassigny, France. The first few days in France were peaceful, but Hazel and his division soon engaged with the enemy. He and a team of three others rested in a mansion for a short while, before moving on to a nearby French town. Every day the Nazis fired artillery on the telephone lines, and every day Hazel and his team would have to repair the wires under continuous snowfall.

After the Battle of the Bulge, Hazel and his team retreated to straighten up the line, and spent time in another town, with a German-speaking family. Hazel and his team eventually traveled to the Harz Mountains. After learning that their radios were non-operational, the team traveled on Army mules to spend three days laying telephone wire across the mountains. Hazel earned a Bronze Star Medal for working on the Army’s only line of communication in the middle of combat.

After the war, Hazel spent some time traveling through Germany. He ended up spending nine months in Vienna. Hazel remembered fondly the time spent in Vienna, celebrating with Americans and Germans alike, along with the letters and packages from his mother. He later returned to the U.S. He passed away in 2009.