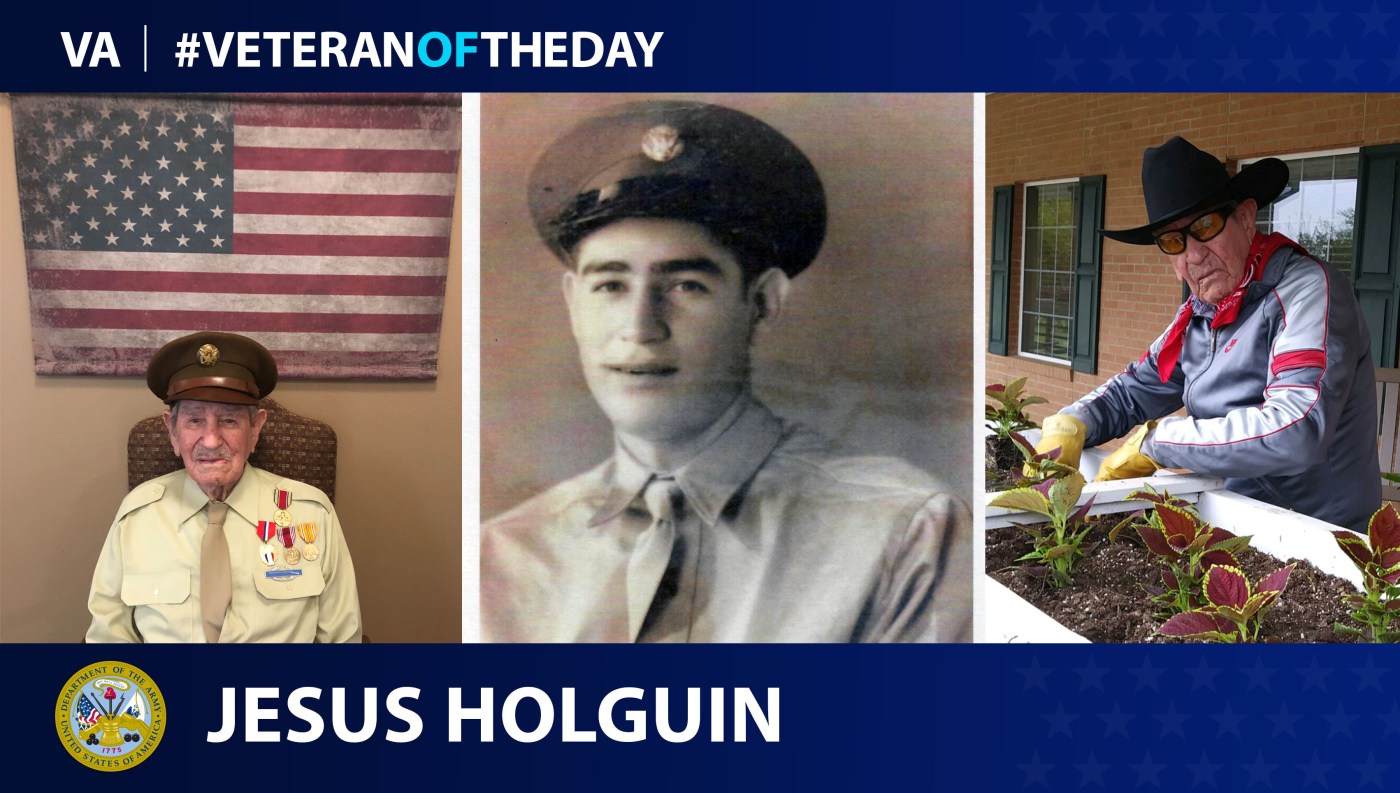 On his 101st birthday, today’s #VeteranOfTheDay is Army Veteran Jesus Holguin, who served in the Pacific theater during World War II.

Jesus Holguin was born on a farm in Anthony, Texas, Aug. 6, 1919. Holguin was one of six children, having two sisters and three brothers. Holguin’s brothers all served in in World War II.

On Feb. 21, 1942, at the age of 22, the Army drafted Holguin. He served with 35th Infantry as a rifleman. During his service, Holguin fought on Guadalcanal, the Northern Solomon Islands and Luzon. He honorably discharged Sept. 29, 1945.  His decorations and citations include the Good Conduct Medal, the Asiatic-Pacific Service Medal, and the Philippine Liberation Medal.

After leaving the Army, Holguin returned to Anthony, Texas, and married Julieta Frequez. They had one son, Jesus Jr., and one daughter, Gracie.  For many years, Holguin farmed in Dell City and Dalhart, Texas. When he was no longer able to farm, Holguin drove an 18-wheeler until he was 75 years old. Later, he moved to Montana, Idaho, and then moved back to Dallas six years ago.

To learn more about the Army’s role on Guadalcanal, visit https://history.army.mil/brochures/72-8/72-8.htm.