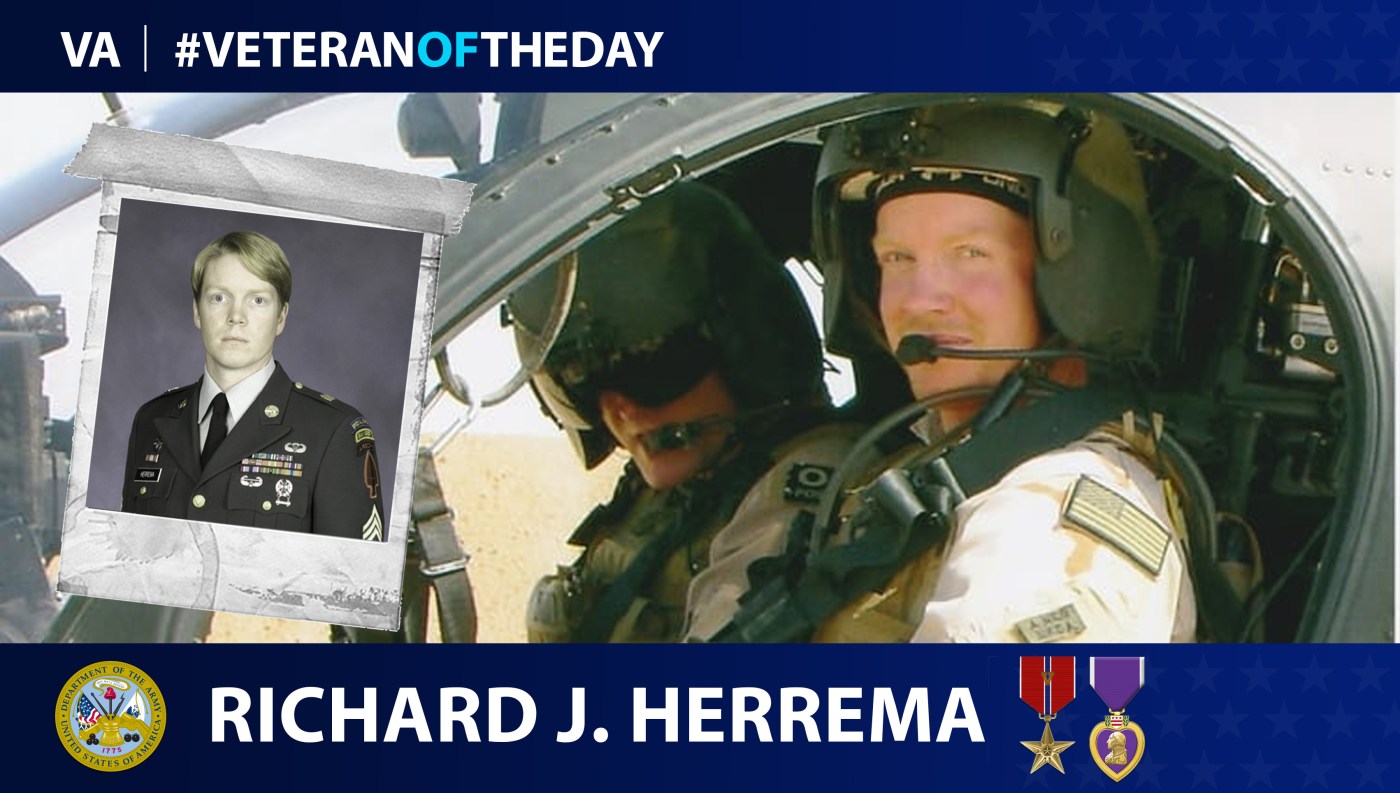 Today’s #VeteranOfTheDay is Army Veteran Richard Herrema, who was killed in action during Operation Iraqi Freedom and has a foundation in his memory.

Born in Grand Rapids, Michigan, Richard Herrema graduated from Unity Christian High School. He then enlisted in the Army as an infantryman in January 1999.

Herrema deployed for Operation Iraqi Freedom and died April 25, 2006, during combat operations in Baghdad, Iraq. His parents, Richard and Mary Herrema, and his sisters, Katie Lynn and Janie Lynn Herrema, survived him.

Following his death, the Rick Herrema Foundation and Rick’s Place recreation center were created. The Rick Herrema Foundation aims to combat the disconnect between military deployment and reintegration services for active duty members and their families. To accomplish this, the foundation helps members build their community and supports relationships. It hosts group activities at Rick’s Place aimed to improve quality of life, reduce stress and strengthen relationships within a community.