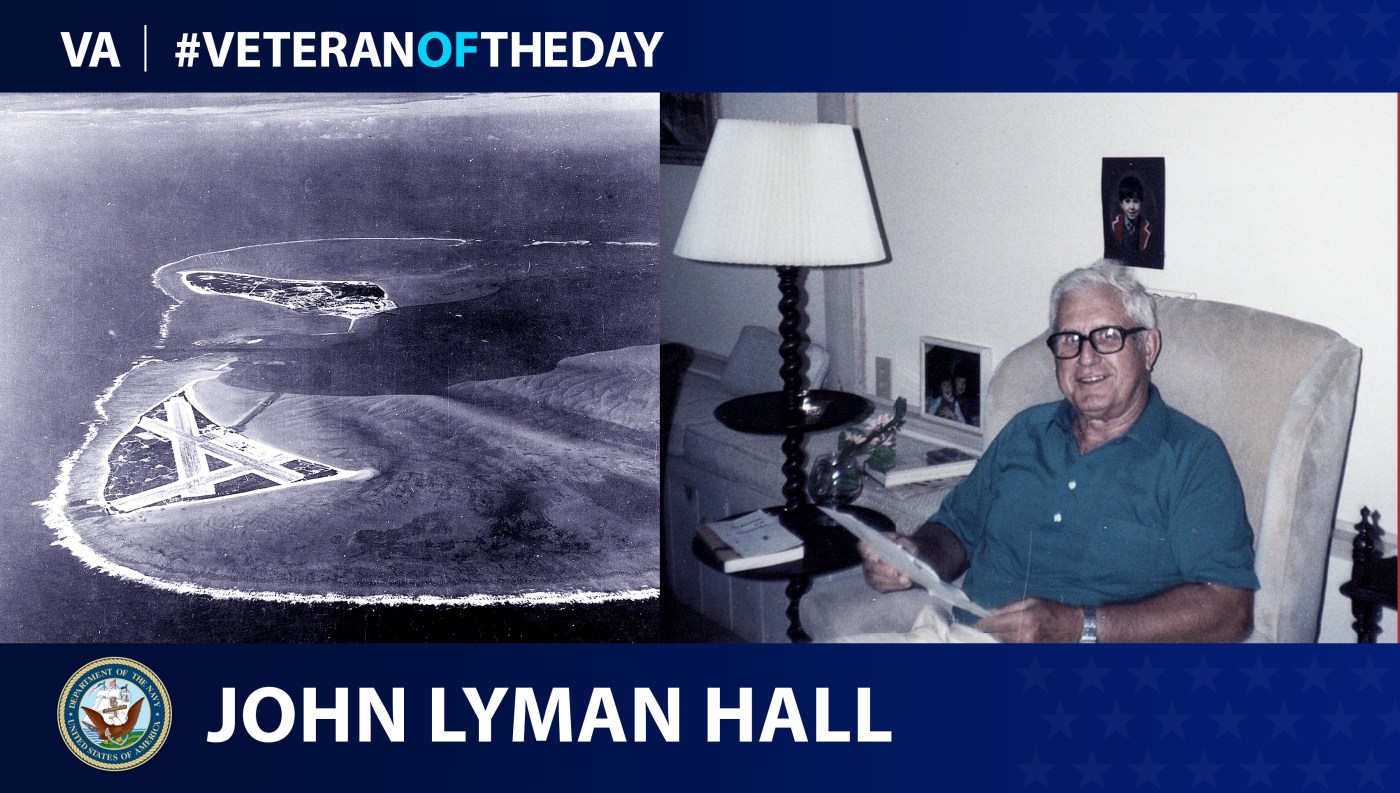 Today’s #VeteranOfTheDay is Navy Veteran John Lyman Hall, who served as a Seabee in the Pacific theater during World War II.

After hearing of the attack on Pearl Harbor, John Lyman Hall decided he wanted to join the Navy and enlisted on March 13, 1942.

He joined the 5th Naval Construction Battalion and became a Seabee. Hall went to Camp Allen for training and then later went overseas. At first, Hall served at Pearl Harbor. While there he worked in the Headquarters Company at Red Hill office, filling out forms regarding attendance in battalion allotments. He would also oftentimes go to the mess hall at noon and report on how many people were eating there. Hall was a typist before the war and was suited for this type of work.

Hall later went to Naval Air Facility Midway. Here he was responsible for surveying the island and helping to build an airfield. He also continued to do filing and office work, working with personnel files. While at Midway, he also promoted to yeoman third class.

After the war was over, Hall transferred to the Reserve and separated from the service in 1980. He then worked as an attendance supervisor for 23 years.