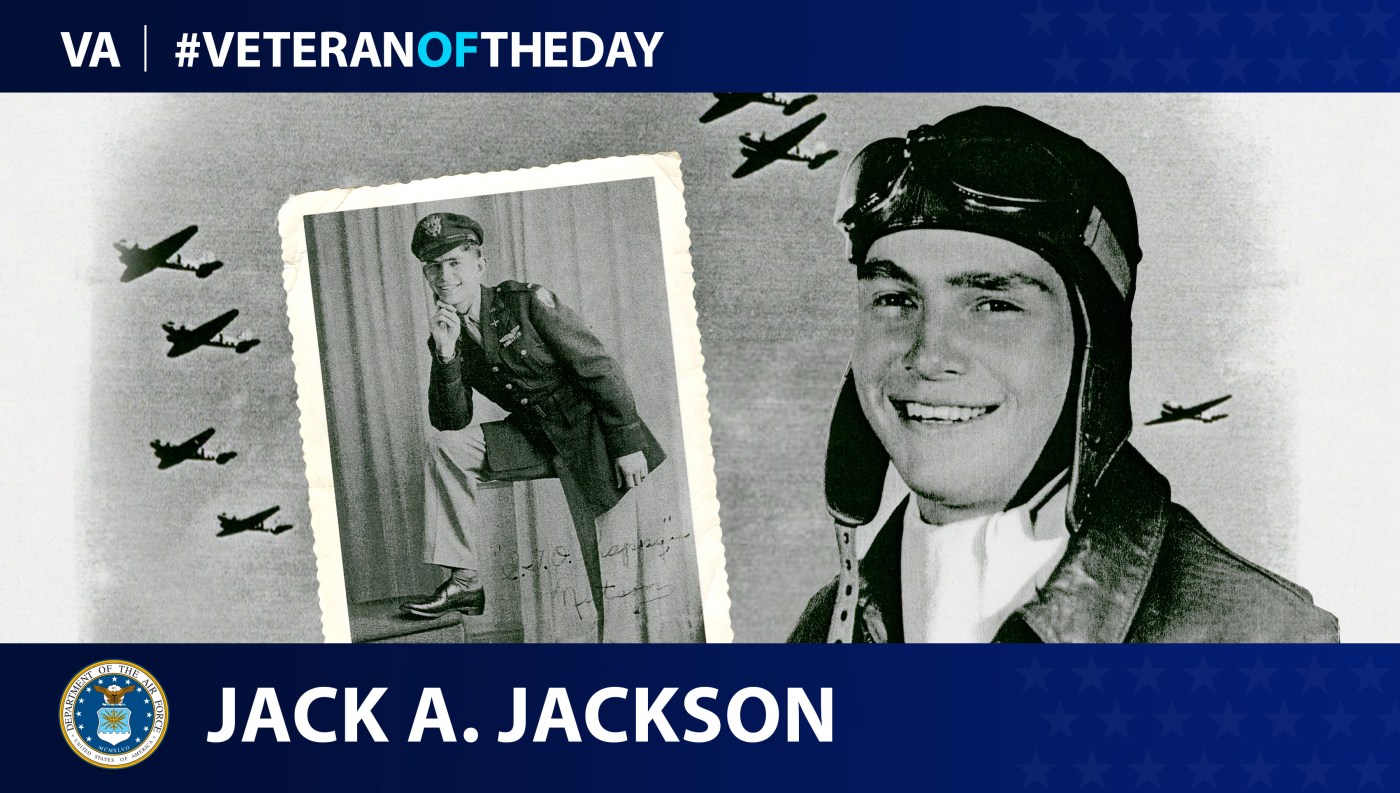 Today’s #VeteranOfTheDay is Air Force Veteran Jack. A. Jackson, who served as a pilot in the European theater during World War II.

Jack A. Jackson was an 18-year old freshman at the University of Texas, Austin, when the Japanese attacked Pearl Harbor. Although Jackson enlisted in the Army Air Forces with his brother and a friend, only Jackson became an aviation cadet.

Over the course of his training, Jackson went from a country boy used to being barefooted to learning evasive maneuvers, mastering gunnery practice and managing bumpy landings. Jackson graduated in April 1943 and went to Alliance, Nebraska. Before going to England in September 1943, he married his high school sweetheart; however, they would not see each other for the next 22 months.

Jackson served with 72nd Troop Carrier Squadron, 434th Troop Carrier Group, Ninth Air Force, at Fulbeck, England. His first combat mission was D-Day. In the predawn hours of the invasion, Jackson flew a C-47 Skytrain into occupied France and dropped paratroopers near the village of Sainte-Mère-Église. In the following days, Jackson made frequent trips to supply the invasion and ferry the wounded. Jackson also participated in Operation Market Garden by towing gliders through poor weather. During the Battle of the Bulge, Jackson helped aerially resupply the besieged city of Bastogne. His final combat mission involved dropping paratroopers over the Rhine River, as part of the final American advance into Germany. The war ended a few months later, and Jackson finally returned home after nearly two years abroad.

Jackson left the Army Air Forces as a first lieutenant and went back to school. After he graduated, he pursued a law degree and established himself as a lawyer. Later, Jackson joined the Air Force Reserve in 1946, finally retiring in 1970 as a lieutenant colonel.