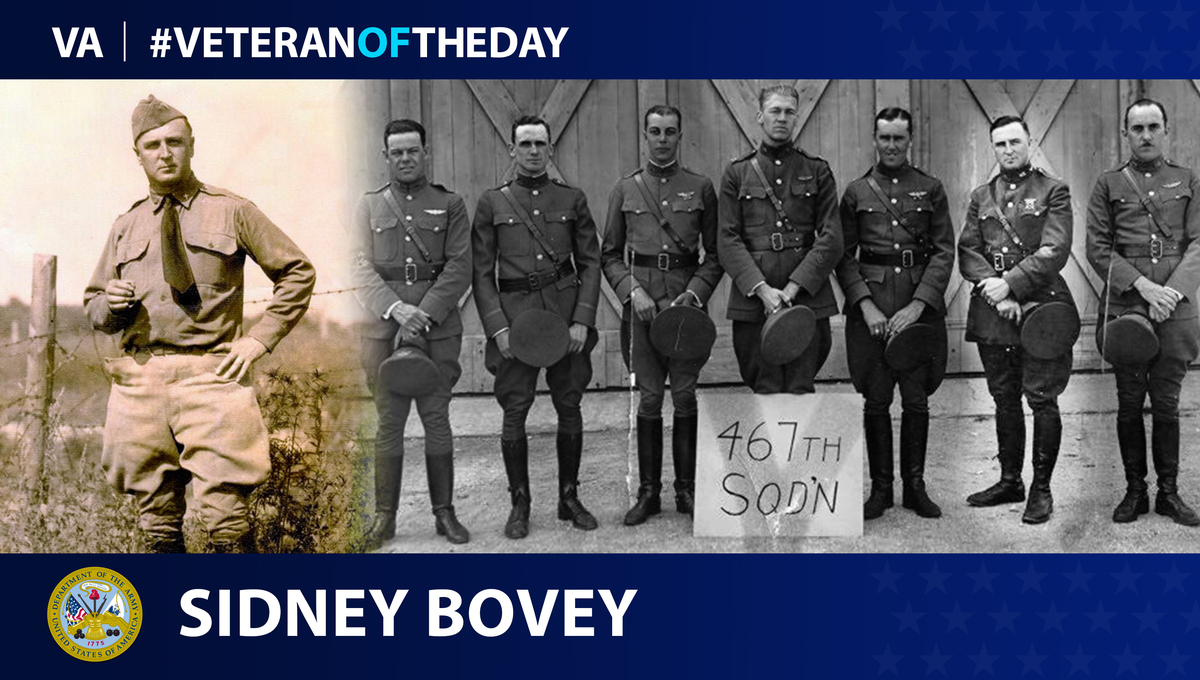 Today’s #VeteranOfTheDay is Army Veteran Sidney Bovey, who served as pilot during World War I and invented the Bovey pyramid spark plug.

Sidney Bovey was born Feb. 14, 1886, in Devon, England. He emigrated to the U.S. and settled in Chicago, Illinois. In January 1918, with his brother Thomas, Bovey started the Bovey Automobile Heater Company. Originally known as “Aldine Garage,” the business involved automotive parts design and manufacturing. During his time there, the brothers had patented several inventions, including a heater, the Bovey pyramid spark plug and others.

Later that year, Bovey enlisted in the Army during World War I and went to Lake Charles, Louisiana, for pilot training. Being that airplanes had only been recently invented, Bovey went through a new and evolving training program, including primary and advanced training. He joined the Army Air Service and went to school at Fort Sheridan, Illinois, and attended preflight training at Cornell University in Ithica, New York. Following preflight training, Bovey went to Camp John Dick Aviation Concentration Center in Dallas, Texas.

Bovey was passionate about his career as a pilot and determined to extend his active duty career for as long as possible. Bovey became a captain as a pilot. He also went on to study at Massachusetts Institute of Technology with the Army. After 23 years of service, Bovey’s career came to an end in January 1941. He even wrote a letter to Senator Everett Bidwell requesting to extend his service beyond the age of 55, showing his determination. Unfortunately for him, the Army denied his extension.

After retiring from the Army, Bovey returned to Bovey Automobile Heater Company. He also owned thoroughbred racehorses, one of which, Pensive Devil, won a race at the Arlington Park Racetrack in July 1956.

Bovey passed away in October 1967.