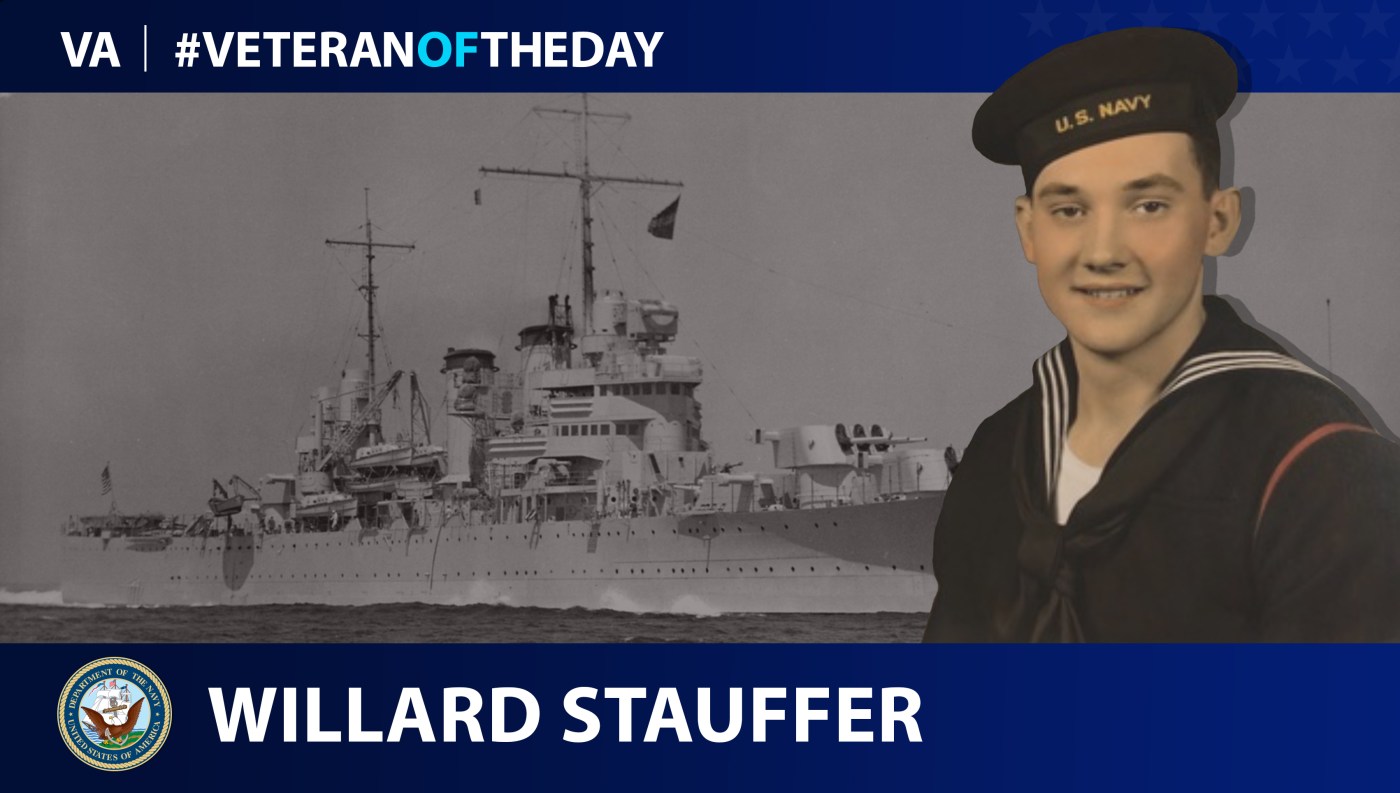 Willard Henry Stauffer was born July 1923 in Barto, Pennsylvania, where he grew up. As a young adult, Stauffer was working a steady job when the war called him. His workplace offered to exempt him from military service by stating that his occupation was vital to the country, but Stauffer declined. At the age of 19, Willard enlisted in the Navy April 8, 1943. He completed dive training in September of the same year, and graduated from the Henry Ford Naval Training School in Dearborn, Michigan, on Oct. 19, 1943, with class 7-43.

After additional training, Stauffer boarded USS Barnett (APA-5) as a motor machinist’s mate first class with the 156C7 company. In 1945, Stauffer was in the Pacific Theater, preparing for the planned amphibious operations. Crossing the equator on Jan. 29, USS Barnett anchored off Guadalcanal in February and joined Transport Group “Baker” for several weeks of training. Embarking elements of the 1st Marine Division, USS Barnett with Stauffer onboard headed to Ulithi for the Battle of Okinawa, otherwise known as Operation Iceberg. On April 1, 1945, USS Barnett unloaded troops and equipment onto the beaches of Okinawa and helped with transportation throughout the operation. During this battle, USS Barnett came under air alerts, suicide plane attacks and a friendly fire incident.

Following his Navy career, Stauffer returned home and resumed work at Bally Case & Cooler where he worked as superintendent of the machine shop for nearly 50 years. Stauffer died at the age of 91 in June 2015. He is survived by his wife of 65 years, Margaret Mary Stauffer, and their seven children.