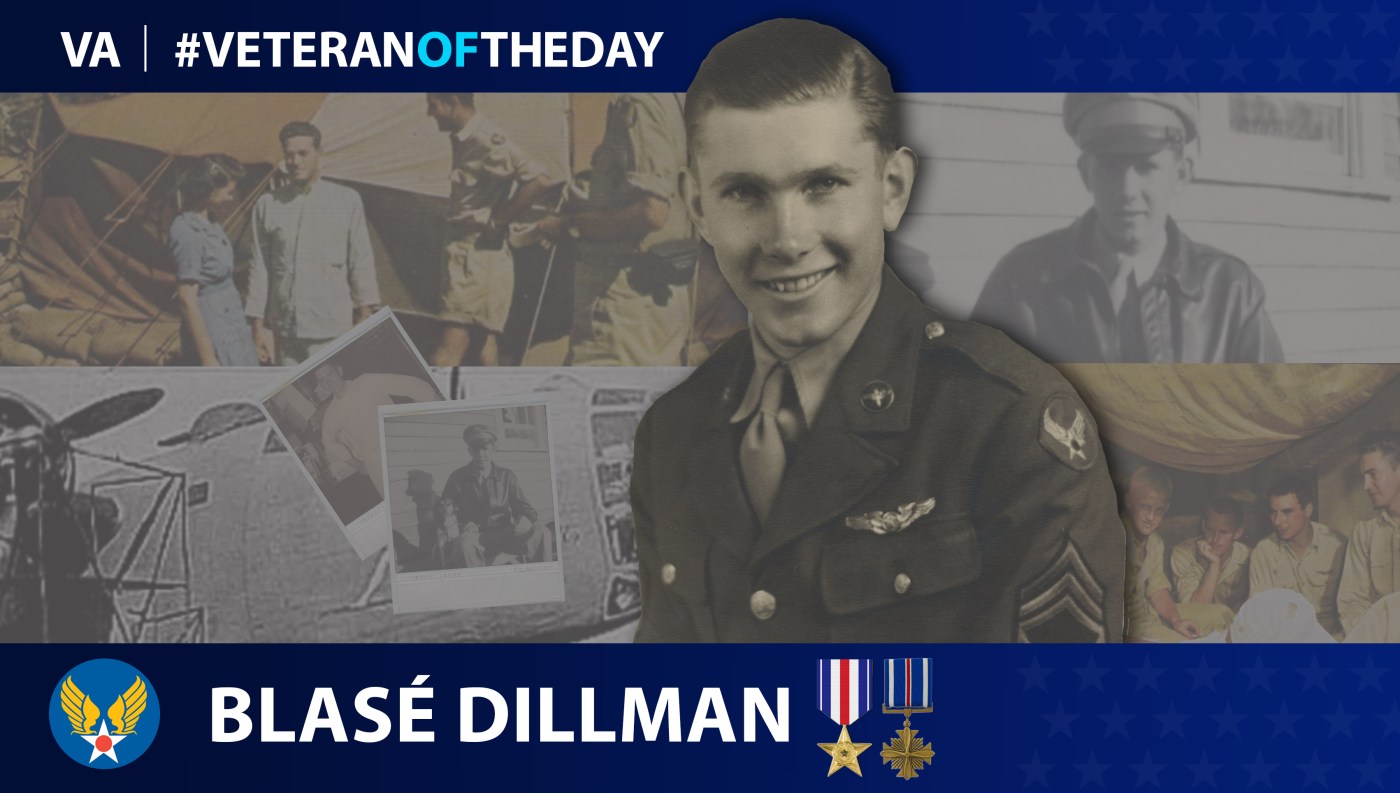 Today’s #VeteranOfTheDay is Army Air Forces Veteran Blasé Dillman, who served as a flight engineer in the European theater during World War II.

Blasé Dillman served as a flight engineer for the Army Air Forces, a precursor to the Air Force, from 1941 to 1945. During his service, Dillman flew 24 flights out of England over the German territory during World War II. He also served as a chief flight engineer and turret gunner for the Daisy Mae, a B-24. He flew in the Daisy Mae during the Ploesti Raid, an attack on oil refineries in Romania in August of 1943.

In this attack, Dillman’s aircraft lost all mechanics due to a heavy flak. He was responsible for enabling all pilots to complete the mission and safely return back to Libya from Romania. Because of severe aircraft damage, Dillman hand cranked the wheels down to secure a safe landing as the plane returned to Libya. After this mission, the aircraft was no longer flyable. For his bravery in this crisis, Dillman received a Silver Star and the first of two Distinguished Flying Crosses.

The rest of his tour was spent flying out of England in the B-24 Pistol Packin’ Mama over Germany, for which he received a second Distinguished Flying Cross. Upon completing this tour, Dillman returned to Texas, where served as a flight engineer instructor. During his service, Dillman also received an Air Medal with three oak leave clusters as well as the European-African-Middle Eastern Campaign Medal with seven oak leave clusters.

After his service, Dillman met his wife in Canada in 1948. The two originally settled down in Pasco, Washington, where Dillman owned the Oasis Tavern and Restaurant. In 1956, he moved to Seattle and raised six children there. He also worked as an independent insurance broker before returning to Saskatchewan, Canada, where he cultivated 2,000 acres of the Dillman Homestead until his retirement in 1986.