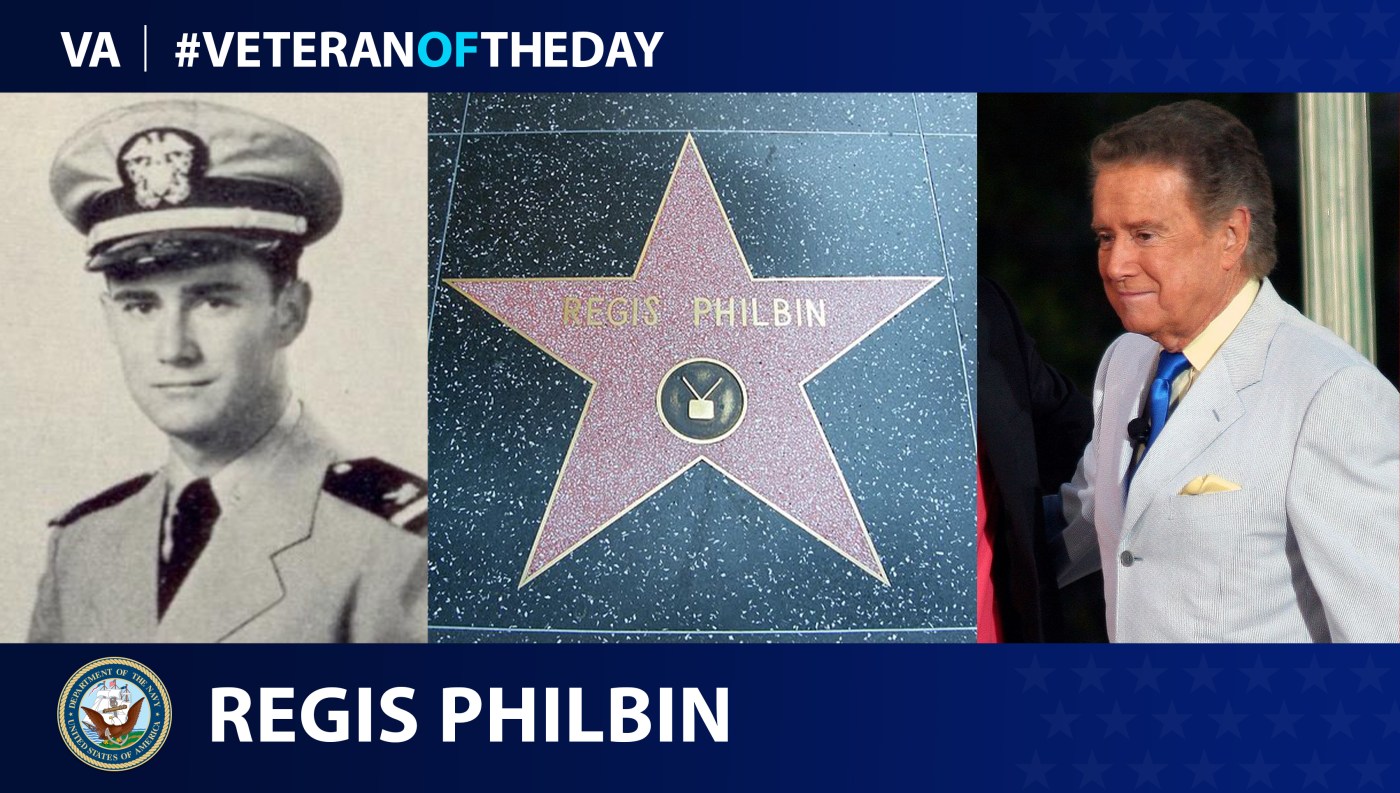 Today’s #VeteranOfTheDay is Navy Veteran Regis Philbin, who served as a supply officer and holds the world record for most hours on TV.

Regis Philbin entered the military shortly after graduating from the University of Notre Dame. Following in his father’s footsteps as a Marine, Philbin enlisted with the Navy. He served as a supply corps officer at Naval Amphibious Base Coronado between 1953 and 1955.

After 1955, Philbin left the Navy. On his last day of service, a major in the Marines asked Philbin what he wanted to do with his life. Philbin mentioned television, and the major encouraged him.

Philbin went on to serve the American public through the television screen for more than half a century. Accumulating almost 17,000 hours on screen throughout the span of his career, Philbin holds the Guinness World Record for “Most Hours on Television.” Nonetheless, securing his spot in television history was no easy task.

For almost a decade, Philbin worked behind the scenes, hopping between stations on the East and West Coasts. Once, while working for talk show host Tom Duggan, Philbin became a last-minute fill-in host when Duggan failed to show up. Philbin would later describe himself feeling so nervous he thought he would break down right there on the air.

His career took off in the 1960s. His first talk show, “The Regis Philbin Show,” ran with no writing staff. He tried his best with the situation and developed an improvised segment where he chatted with his audience. In 1967, Philbin got his first taste of national television after becoming a sidekick on “The Joey Bishop Show.” His name became a national sensation after walking off the stage during a live broadcasting of the show, citing dissatisfaction with network directors.

With a name known throughout the nation, Philbin went on to host some very well-known television and game shows in his life. Among those include “Who Wants to Be a Millionaire” and “Live! With Regis and Kathie Lee,” which later became “Live! With Regis and Kelly.” He received multiple Daytime Emmy Awards throughout his life. He wrote two autobiographies that contain his life’s story, “I’m Only One Man” and “Who Wants to Be Me.” In 2011, he also released a memoir titled “How I Got This Way,” recounting his entertaining life.