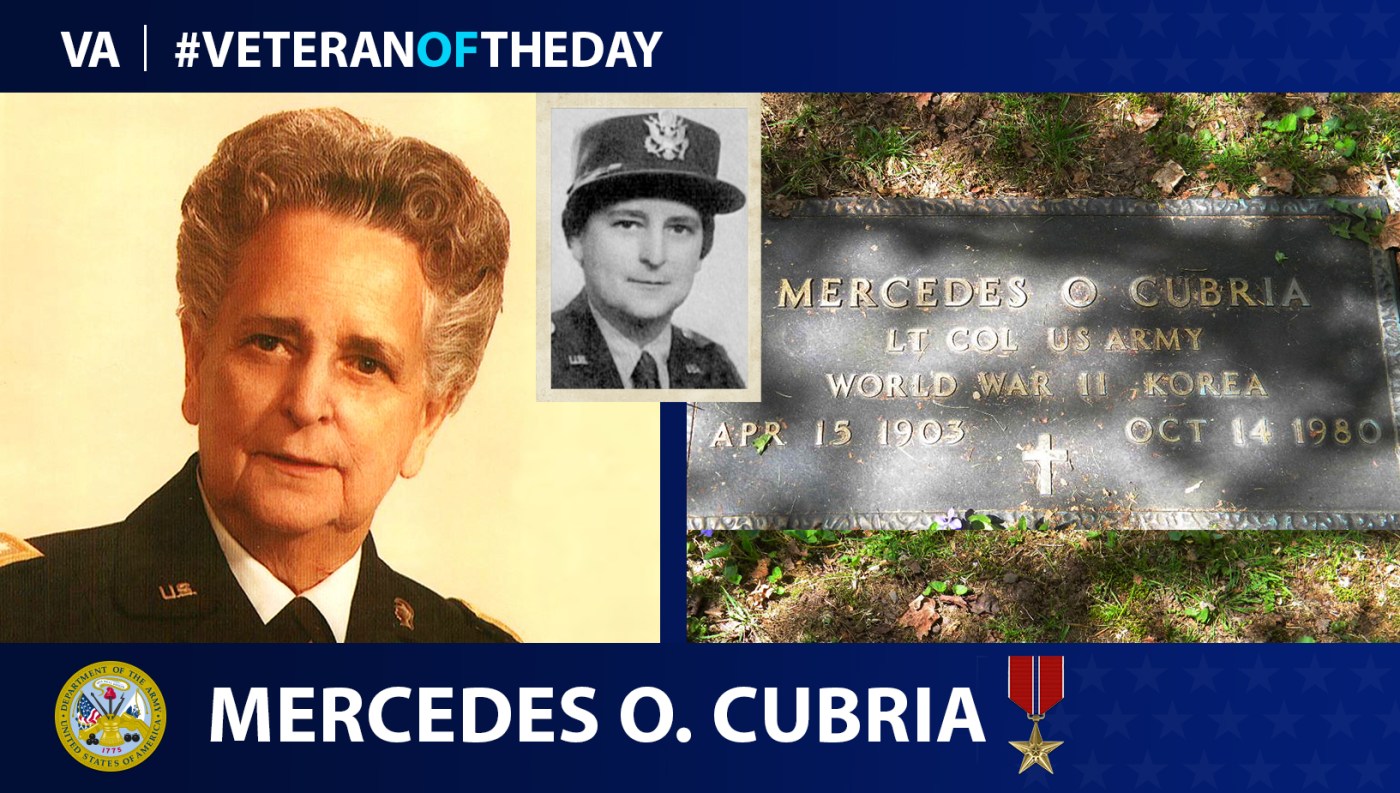 Mercedes O. Cubria was born in 1903 in Guantanamo, Cuba. Her family moved to the United States when she was young. In 1924 she became an American citizen. Cubria worked as a nurse, rancher and interpreter before America’s entry into World War II.

Cubria joined the Women’s Army Corps in 1943 and earned a commission as a second lieutenant. She traveled to Oxford, England, to train in cryptography. She served as a codes and ciphers officer and security officer in the 385th Signal Company. Cubria served later in the 322nd Signal Company until the end of the war. She supervised dozens of men and women in her code room and set up other code rooms, facilitated the withdrawal and re-coding of compromised information, and determined personal requirements for coding equipment.

After World War II, Cubria promoted to captain and served in the U.S. Army’s Strategic Intelligence Division in the Caribbean. She was the first woman to serve in active duty in the Panama Canal Zone. She promoted to major after America’s entry into the Korean War, and deployed to Japan to serve as an analyst in the Intelligence Division at the Far East Command. Cubria medically discharged from the Army in 1953 and received a Bronze Star Medal.

After the Cuban Missile Crisis in 1962, Cubria was recalled to active duty in the Army to help debrief the many refugees fleeing Cuba. She prepared reports for military intelligence that would assist the Army and Central Intelligence Agency, and also helped many refugees find housing, employment, and education over the next 11 years. Her work with the refugees earned her a Legion of Merit, and she promoted to lieutenant colonel.

She retired from service in 1973 before earning a second Legion of Merit. She spent the rest of her life in Miami, Florida, where she passed away in 1980. In 1988, the Military Intelligence Hall of Fame posthumously inducted her.