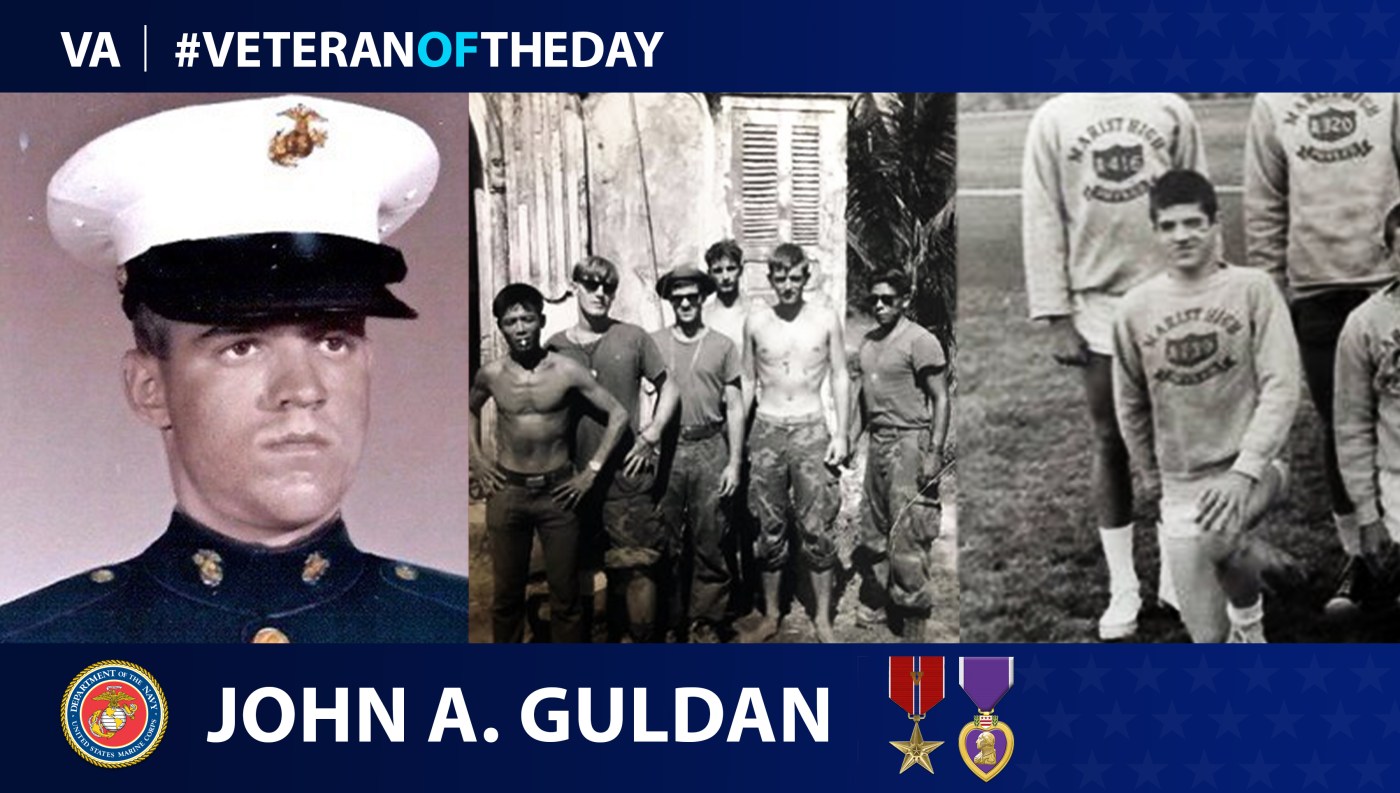 Today’s #VeteranOfTheDay is Marine Corps Veteran John Guldan, a squad leader who was killed in action in 1970 during Vietnam.

John A. Guldan was born in May 1950. He was the second of 13 children and the oldest boy in the family. Though coming from a large family, Guldan never failed to stand out. While attending Marist High School in Chicago, Guldan excelled at leadership and academics. He helped found his school’s cross-country program and soon rose to team captain. While leading his team into athletic competitions, he also earned high marks under his school’s honors program.

Having strong grades and stellar displays of leadership with his high school’s cross-country team, Guldan graduated from high school in 1968 and received an athletic scholarship to attend Defiance College in Ohio. After one semester, Guldan decided to return home and attend a college in Chicago. Nonetheless, he continued to run competitively, and cross-country seemed like what he planned to do in the near future.

Yet, Guldan soon saw another future for himself. Nightly newscasts of the Vietnam War and weekly casualty and death counts dominated the media in the late 1960s. As he watched the numbers rise, Guldan knew he could no longer remain idle while other men of his age fought for the country. In 1969, he made the decision to leave school and enlist in the Marine Corps.

Guldan deployed to Vietnam in 1970. Though in a new and dangerous environment, he continued to exhibit his leadership capabilities and was quickly appointed squad leader. With his position, he commanded 21 other Marines in Quang Nam. He served in Operation Lyon Valley and Operation Catawba Falls. On Aug. 3, 1970, an enemy booby-trap killed Guldan while he served at Bich Nam, nearby Hill 55. He was only 20 years old.

Still grappling with his initial decision to enlist with the Marines, his family and fiancée were only shook harder by the news of his death. Guldan’s younger sister, Terri Guldan, wrote The Letter: A Family’s Tale Unplugged, a book which captures the Guldan family’s experience coping with the decision of their eldest son to join the Marines and the emotional toll his death had on them.