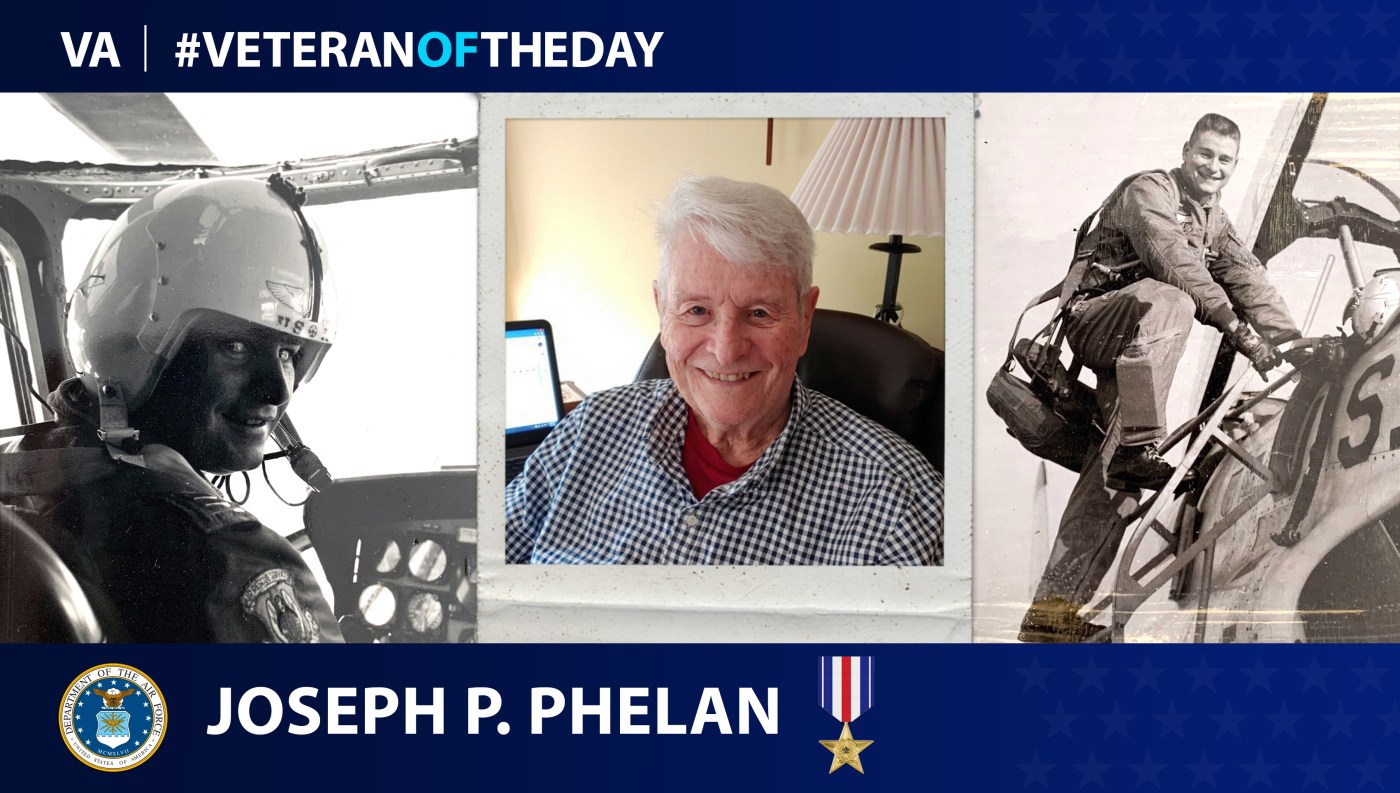 Today’s #VeteranOfTheDay is Air Force Veteran Joseph Phelan, who served as an air rescue pilot during the Vietnam War and received a Silver Star.

Joseph Patrick Phelan was commissioned as a second lieutenant upon graduating from St. Michael’s College in 1960. Soon after, he entered pilot training at Craig Air Force Base near Selma, Alabama, and earned his pilot wings. Phelan then completed survival courses and helicopter training at Stead Air Force Base in Nevada.

Phelan’s time with the Air Force placed him in the front lines of many notable historical events. During the Cuban Missile Crisis in 1962, he provided support at Key West Naval Air Station, one of the bases armed with missiles ready to retaliate against Cuba if attacked. Phelan went on to serve in Vietnam as a pilot with the Air Rescue Service. He soon became a crew commander at Da Nang Air Base from 1964 to 1965 and flew about 285 combat rescue missions in both North and South Vietnam. During the earliest phases of Operation Rolling Thunder, Phelan was among the first pilots to start rescuing downed American pilots in North Vietnam in March 1965. After returning to the U.S., he was assigned to support NASA’s Gemini and Apollo programs by flying a rescue chopper while stationed at Patrick Air Force Base.

After an eventful career, Phelan resigned his commission. He went on to hold a few management positions at the Dow Chemical Company until an early retirement in 1993. Phelan also became an ordained deacon of the Catholic Church in 1992 and went on to serve in community hospitals as a chaplain for 13 years.

Phelan has been married to his wife, Jan Phelan, for 58 years. He has four children, 12 grandchildren and seven great-grandchildren.