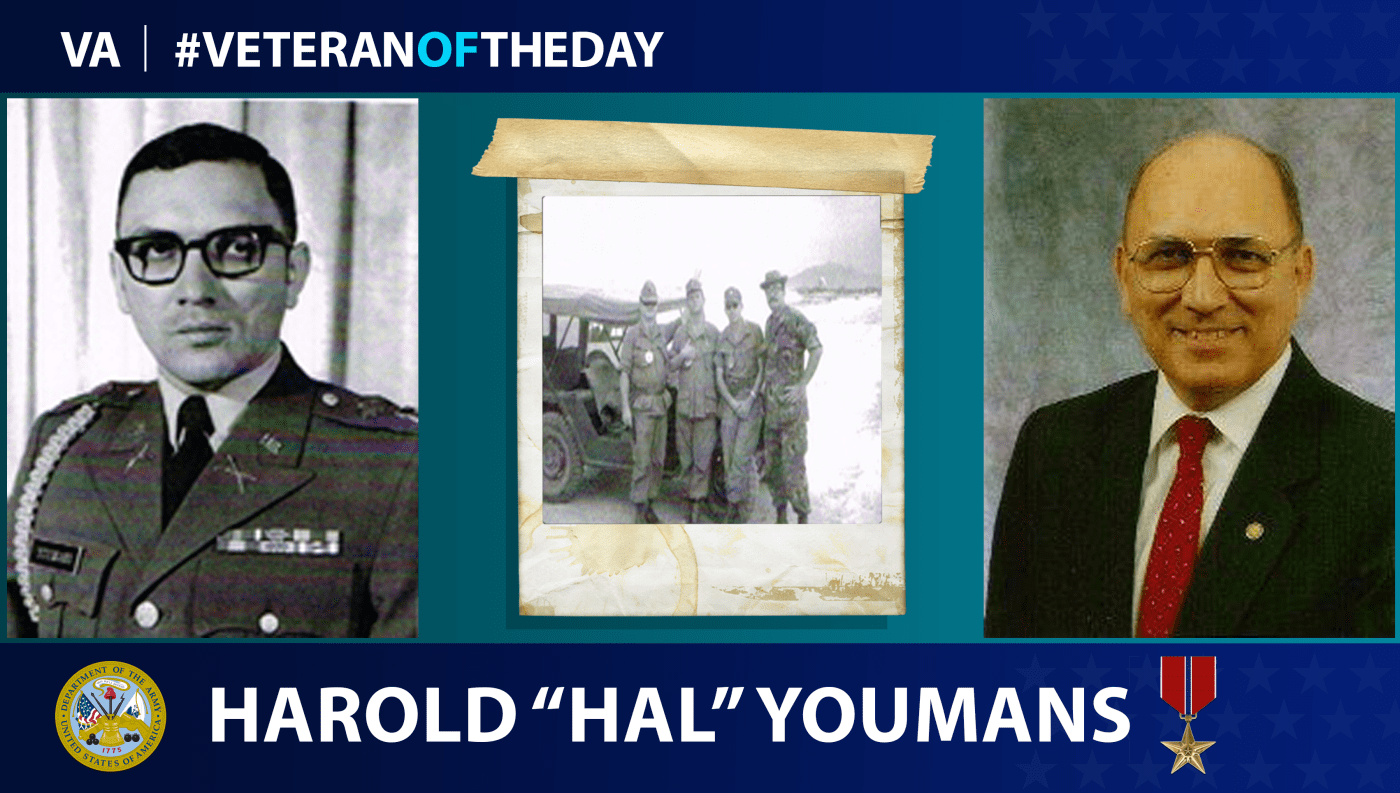 Today’s #VeteranOfTheDay is Army Veteran Harold Youmans, who is a two-time recipient of the Florida Bar Association’s Burton Award for Public Service.

Harold Youmans enlisted in the Army in 1966, then completed officer candidate school.

In the Republic of Vietnam, Youmans served in unconventional warfare and was posted with the III Marine Amphibious Forces. He also earned the Bronze Star, several awards for valor and the Combat Infantryman Badge. In 1973, he was chief of security in a deployed armored division, both in Europe and in the United States. He also commanded combat infantry and training units before leaving active duty.

While serving in the Army Reserve, Youmans earned bachelor’s, master’s and law degrees.

By 1982, Youmans returned to active duty as a major and was an assistant professor of military science at Florida State University. He served as the acting inspector general and conducted extensive security and criminal investigations within the First Reserve Officers’ Training Corps region.

After promoting to lieutenant colonel in 1985, Youmans served on the Army Staff at the Pentagon as the director for psychological operations. He participated in the selection, mobilization and deployment of personal and material assets to support classified worldwide joint, conventional and special operations. He was an observer and lecturer at allied and North Atlantic Treaty Organization training institutions in Europe. In 1987, Youmans served with the operations directorate at the Joint Staff in Washington, where his duties required access to many classified special operations conducted by the armed forces. He was also a visiting instructor at the National War College and the Defense Intelligence College.

His final active duty assignment following his promotion to colonel in 1989 was with U.S. Special Operations Command. He deployed to Panama, Guantanamo Bay, Cuba and Somalia. During the Persian Gulf War, he deployed as a Department of Defense representative with a U.S. Information Agency team, which negotiated a diplomatic note to place a broadcast radio station in Bahrain. Upon completion of his 28-year military career in 1994, Youmans received a Defense Superior Service Medal.

He continued his contribution to the military and Veteran community as a member of the bar for the U.S. Courts of Appeals for the Armed Forces, Veterans claims and the federal circuit. He represented Veterans in records correction and disability claim cases.

Youmans is a two-time recipient of the Florida Bar Association’s Burton Award for Public Service.

Youmans was admitted into the Hall of Honor at the National Infantry Museum at Fort Benning, Georgia, and as a distinguished member of the regiment by the Army’s John F. Kennedy Special Warfare Center, Fort Bragg, North Carolina.