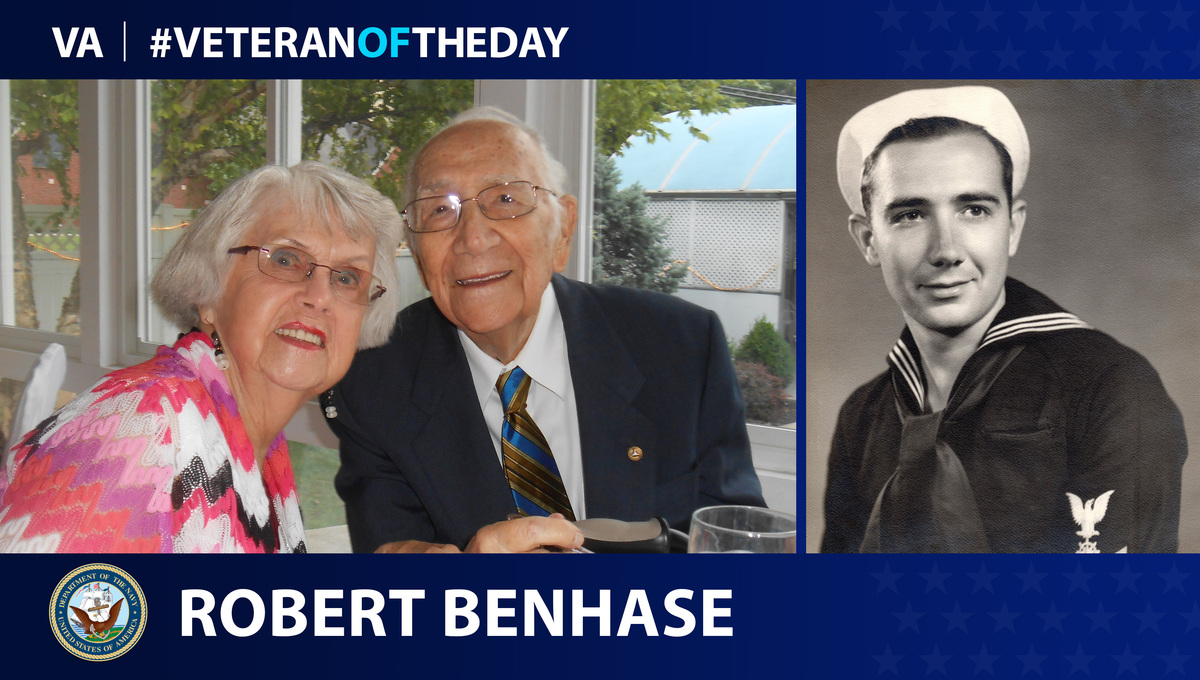 Today’s #VeteranOfTheDay is Navy Veteran Robert Benhase, who served as a sonarman during World War II and was involved with the Philippine Liberation.

Robert Benhase enlisted in January 1942, serving  as a sonarman first class during World War II. Benhase currently suffers from dementia, but his family recounted his career and life to tell his story.

Benhase’s family said he enjoyed boasting about the ship he was on, the USS San Diego CL-53. He described the ship as, “the luckiest ship in the Navy.” According to Benhase, the ship did not lose one sailor throughout World War II. However, a hurricane allegedly washed one of the sailors off from the deck and overboard, but waves threw him back onto the deck.

As a sonarman, Benhase described himself as a “ping jockey,” where he would have to listen for a “ping” indicating that a submarine was nearby. He noted that his most painful experience with the Navy was when he witnessed a burial at sea after his vessel picked up Marines killed in action. Benhase also recounted witnessing a Japanese kamikaze pilot crashed his plane into a nearby Navy vessel.

He deployed to the Asiatic Pacific area and took part in the liberation of the Philippines. Benhase also served the American area during the war. He received a Good Conduct Medal, a Combat Action Ribbon, an American Campaign Medal, an Army of Occupation Medal, a World War II Victory Medal, and an American Theater Campaign Medal.

Benhase also played the trumpet and took pleasure in telling stories about how he and his fellow sailors would gather to play their instruments on the fantail. Other sailors, including the officers, would come up to enjoy the music. After the war ended, Benhase formed his own band.

Benhase discharged from the Navy in October 1945.

Influenced by his experience as a sonarman in the Navy, Benhase returned home to Cincinnati, Ohio, and went to radio engineering school. He became a master electrician. He also picked up using his ham radio as a hobby and would communicate with other Veterans.

By the late 1940s, Benhase’s band began playing gigs. He also went on to earn his private pilot’s license and joined his local flying club.

Benhase and his wife, Joan, have been married for 68 years. They have two children, two grandchildren and two great grandchildren. His family said they call him “the man who could fix anything.”

He currently resides in Milford, Ohio, a suburb outside of Cincinnati.