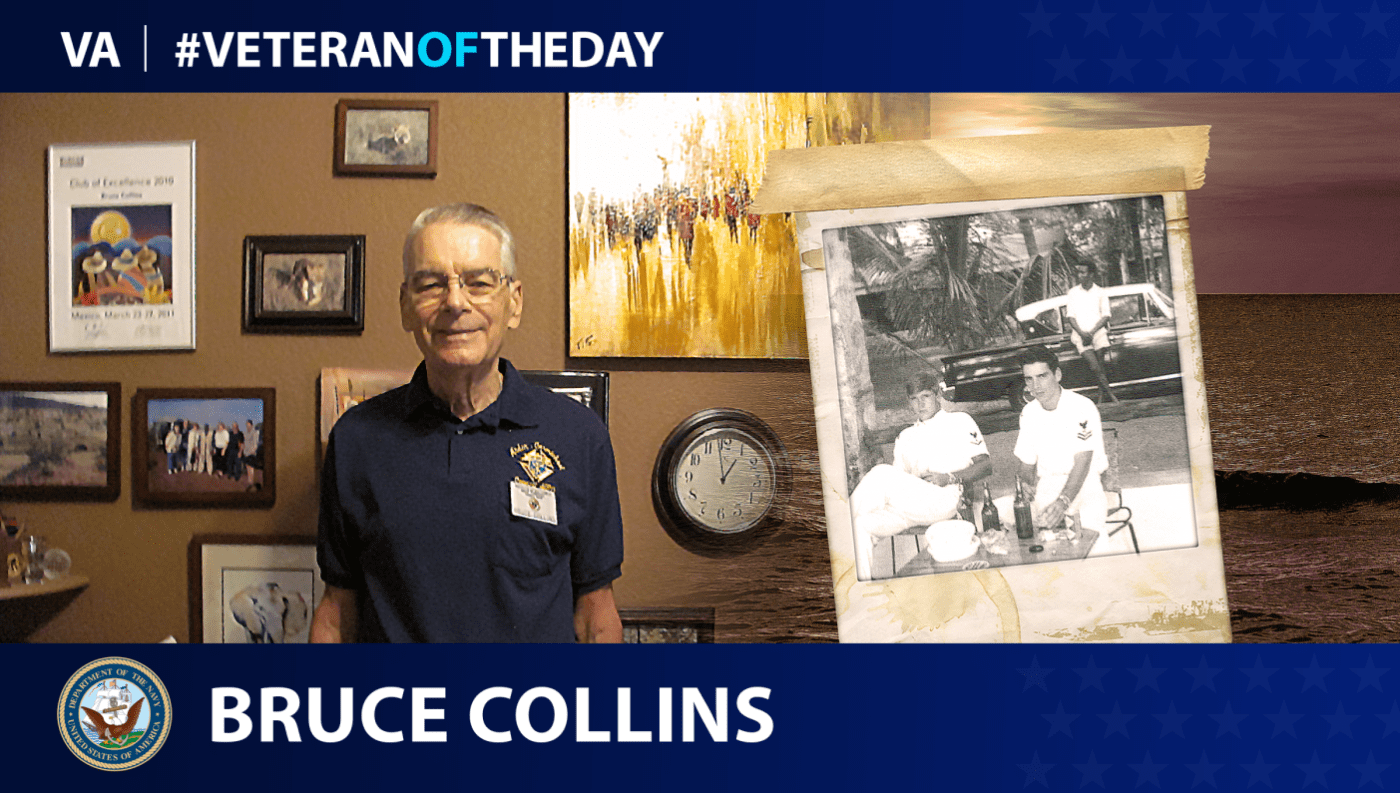 Bruce Collins was born in New Jersey in 1945 but raised in Willoughby, Ohio. At 20 years old, he reported for basic training at Great Lakes Naval Training Center. After boot camp, Collins went to Bainbridge Naval Base in Maryland and attended gunfire control A school for three months. Here, he studied the operation and maintenance of shipboard gun fire control and target designation systems. He graduated from the program in August 1966, earning the rank of seaman apprentice as a gunfire control rate striker.

With his promotion, Collins became the senior fire control technician guns petty officer in the fox division. He was responsible for a team of 12 fire control technicians, the maintenance of two fire control gun director systems and one target designation system aboard the USS Norfolk. During his first three years, they went on several major cruises, including a training cruise of 12 weeks to Guantanamo Bay, Cuba; an anti-submarine warfare activity off the Atlantic coast; and a cruise around South America into the South Pacific. Collins’ next big cruise was to Bahrain, where the USS Norfolk served as a flagship for the Commander of the Middle East Force. Upon completion of this deployment, the USS Norfolk returned to her home port in Virginia via the Panama Canal, thereby circumnavigating the world.

Collins honorably discharged from the Navy in 1969. For serving during armed conflict, he earned the National Defense Service Medal. Although he wanted to serve in the Navy Reserve, the Cleveland units did not have openings. Consequently, Collins spent time in the inactive Reserve.

Collins said on his four-year enlistment: “[It was] one of the best decisions I ever made, because it prepared me for my civilian career and changed my life.” Collins said is grateful for the benefits he earned from his service, which allowed him to attend college on the GI Bill and purchase a home.

Collins married in 1977 and currently resides in Sacramento, California. He volunteers with the local Knights of Columbus.