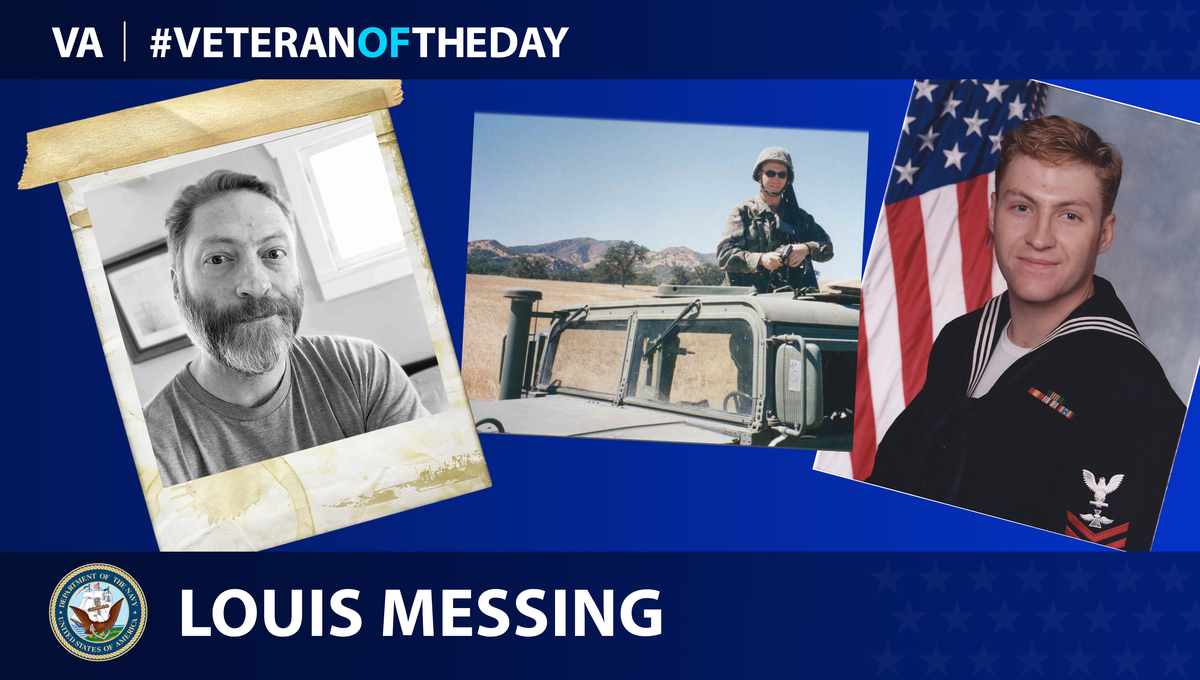 Today’s #VeteranOfTheDay is Navy Veteran Louis Messing, who served as an undesignated airman and moved on to find a passion in photojournalism.

Louis Messing enlisted in the Navy in December 1993. He aspired to be an aviation mechanic after studying airframe and powerplant mechanics in Cheyenne, Wyoming. Upon completing boot camp in Orlando, Messing went to Yokosuka, Japan. He served aboard the USS Independence as an undesignated airman in the supply department.

In 1997, Messing transferred to Naval Mobile Construction Battalion Five in Port Hueneme, California. Here, he worked with a journalist on a small public affairs team for the battalion. Messing spent the majority of his time in the field on his deployments to Roosevelt Roads, Puerto Rico and Camp Shields, Okinawa. He earned his Seabee Combat Warfare insignia and promoted to photographer’s mate second class.

In 1999, Messing transferred to the public affairs office at Port Hueneme Naval Base in California, reporting for and laying out the base newspaper. At this time, Port Hueneme and Naval Air Station Point Mugu merged to become Naval Base Ventura County. Messing promoted to petty officer first class, and his role grew to cover the growing Ventura County naval presence.

In the summer of 2001, Messing honorably discharged, served as a Reservist and received his Bachelor’s degree in Business Administration from the University of La Verne. He was activated in the fall of 2002, serving as a military police officer in Pearl Harbor, Hawaii. Upon returning to Colorado, Messing studied post-graduate fine arts at the University of Colorado Boulder.

Messing has worked in the civilian world as a graphic designer for 13 years, a freelance designer and self-employed photographer. In 2018, Messing accepted a job in document control and data management, prescreening Veterans Affairs health claims. Currently, Messing is a visual information specialist for the Healthcare Media group.