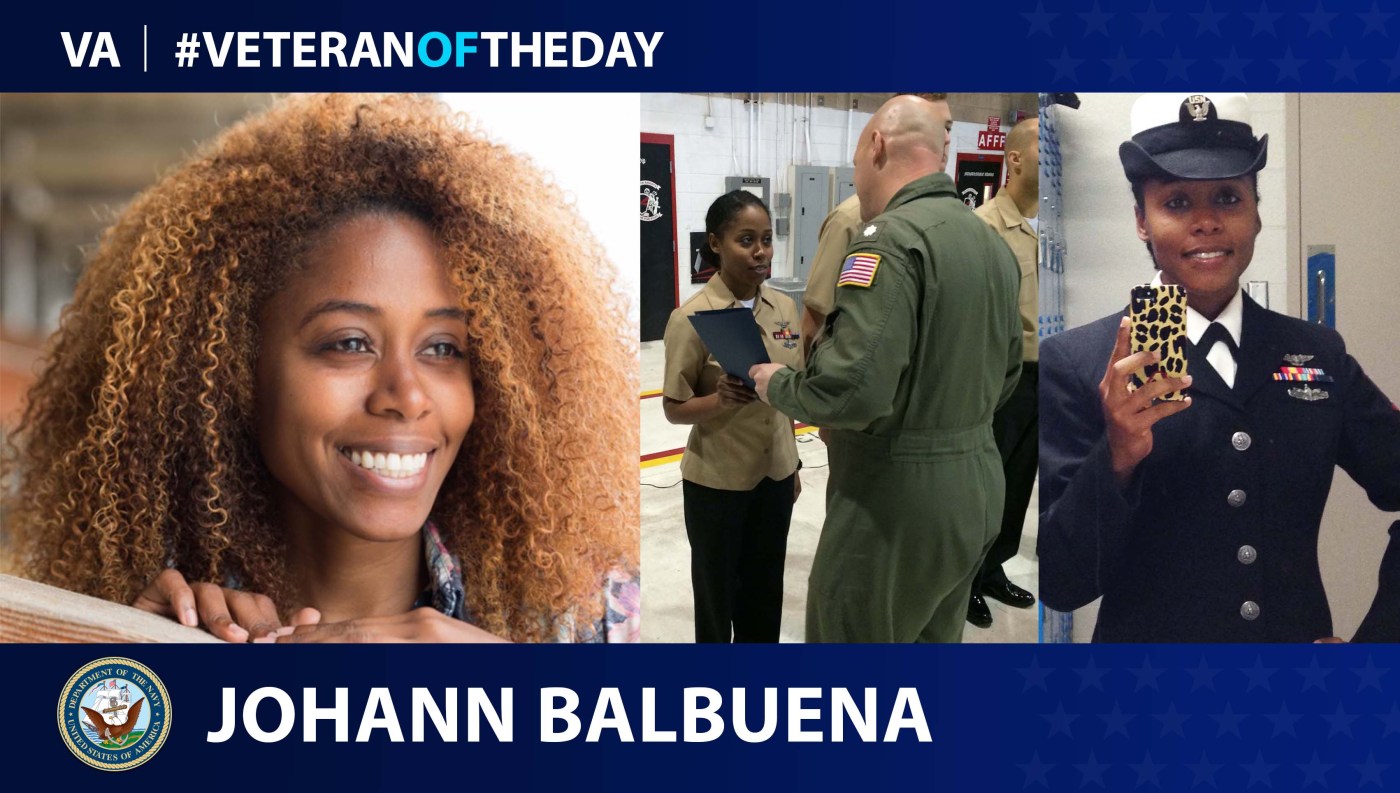 Johann Balbuena was born in Santo Domingo in the Dominican Republic. She immigrated to the U.S. at the age of 13 and lived in South Florida before moving to Union City, New Jersey. Balbuena enlisted in the Navy in 2010 because she wanted to travel, pursue something different in her life and positively impact the world.

She completed boot camp in Great Lakes, Illinois, and training in Pensacola, Florida, where she became an aviation electronics technician. Balbuena deployed twice onboard USS John C. Stennis. Her first deployment was from 2011 to 2012 and the second from 2012 to 2013. After Balbuena’s first deployment, she promoted through the Captain’s Advancement Program for her exemplary performance.

While deployed, Balbuena served with Strike Fighter Squadron 41 (VFA-41). With VFA-41, she supported operations in Iraq and Afghanistan counter-piracy and maritime security operations. Aboard USS John C. Stennis, Balbuena prevented a fellow sailor from being pulled by the arresting gear wire, a mechanical system that decelerates an aircraft as it lands. This accident could have been life-threatening if Balbuena didn’t act to help. For aiding the sailor, she received a Letter of Commendation.

In 2014, Balbuena discharged from the Navy at the rank of aviation electrician’s mate petty officer second class. After leaving the service, Balbuena became an entrepreneur and a member of the Women Veterans Alliance. Balbuena currently resides in California.