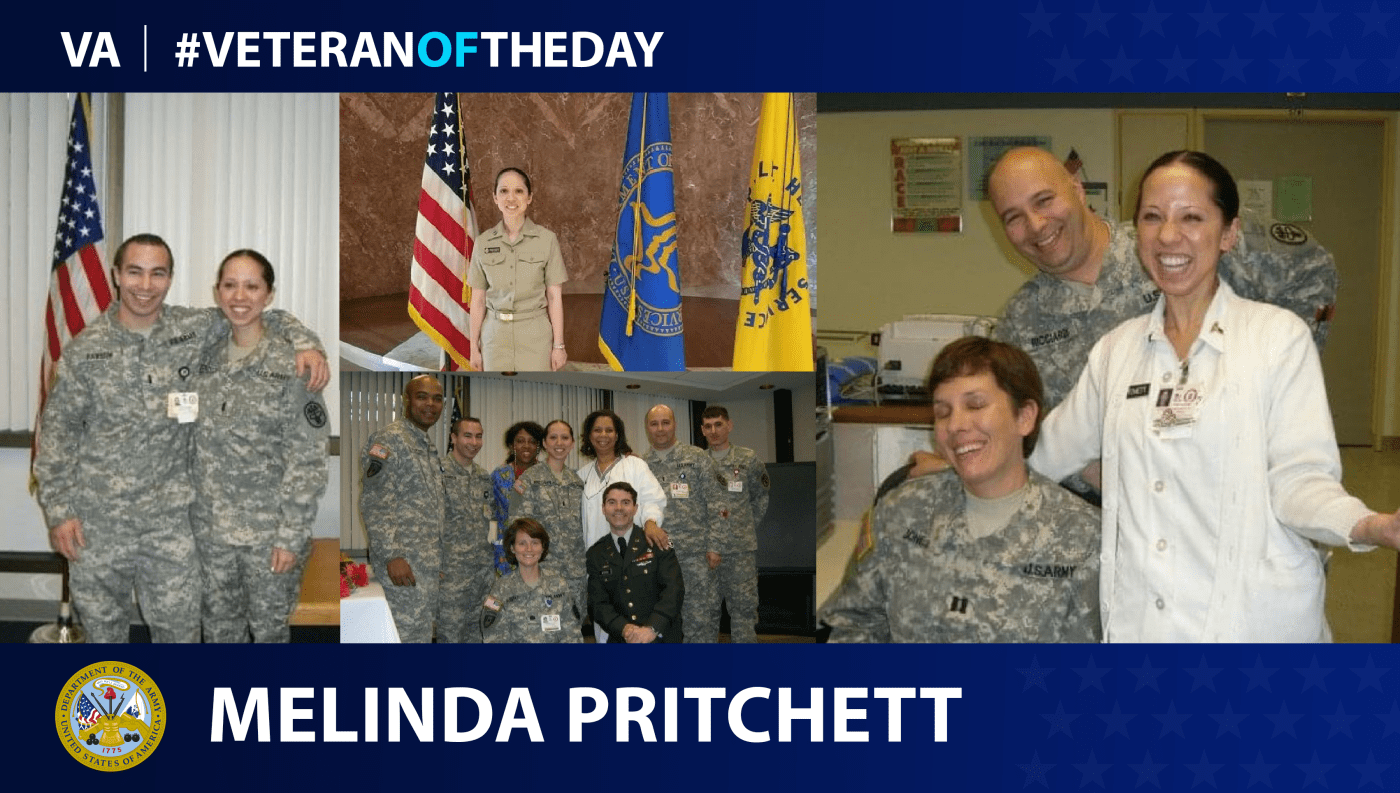 Today’s #VeteranOfTheDay is Army Veteran Melinda Pritchett, who served as both a registered and supervisory nurse practitioner.

Originally hailing from New London, Connecticut, Melinda Pritchett graduated from Texas Christian University in 2005 with her Bachelor of Science in Nursing. Shortly thereafter, Pritchett joined the Army. She worked as an active duty registered nurse at Walter Reed National Military Medical Center in Bethesda, Maryland. From 2005 to 2007, she served wounded servicemembers and Veterans in the orthopedics ward and later in the intensive care unit.

Pritchett transferred to the Individual Ready Reserve from 2009-2013. During this period, she earned her master’s in nursing from Johns Hopkins University. She then moved to Tampa, Florida, to serve disadvantaged communities as a family nurse practitioner. Pritchett also met and married her husband Joseph Kuziomko while working in Florida. Together, they moved to Washington, D.C., in 2016 following the completion of her second master’s degree in the field of public health.

Although Pritchett dedicated much of her life to healing others, she also made time to pursue her own passions. Her love of travel took her throughout the U.S. and to over 25 countries across the globe. This included the Philippines and Peru, where she conducted service and research endeavors in her role as a nurse practitioner. She also maintained a life-long enthusiasm for dance, especially competitive ballroom and salsa.

Pritchett passed away at age 37 on Sept. 4, 2020. She is survived by her parents Melodia and Clark Pritchett, husband Joseph, and newborn daughter Adelina.