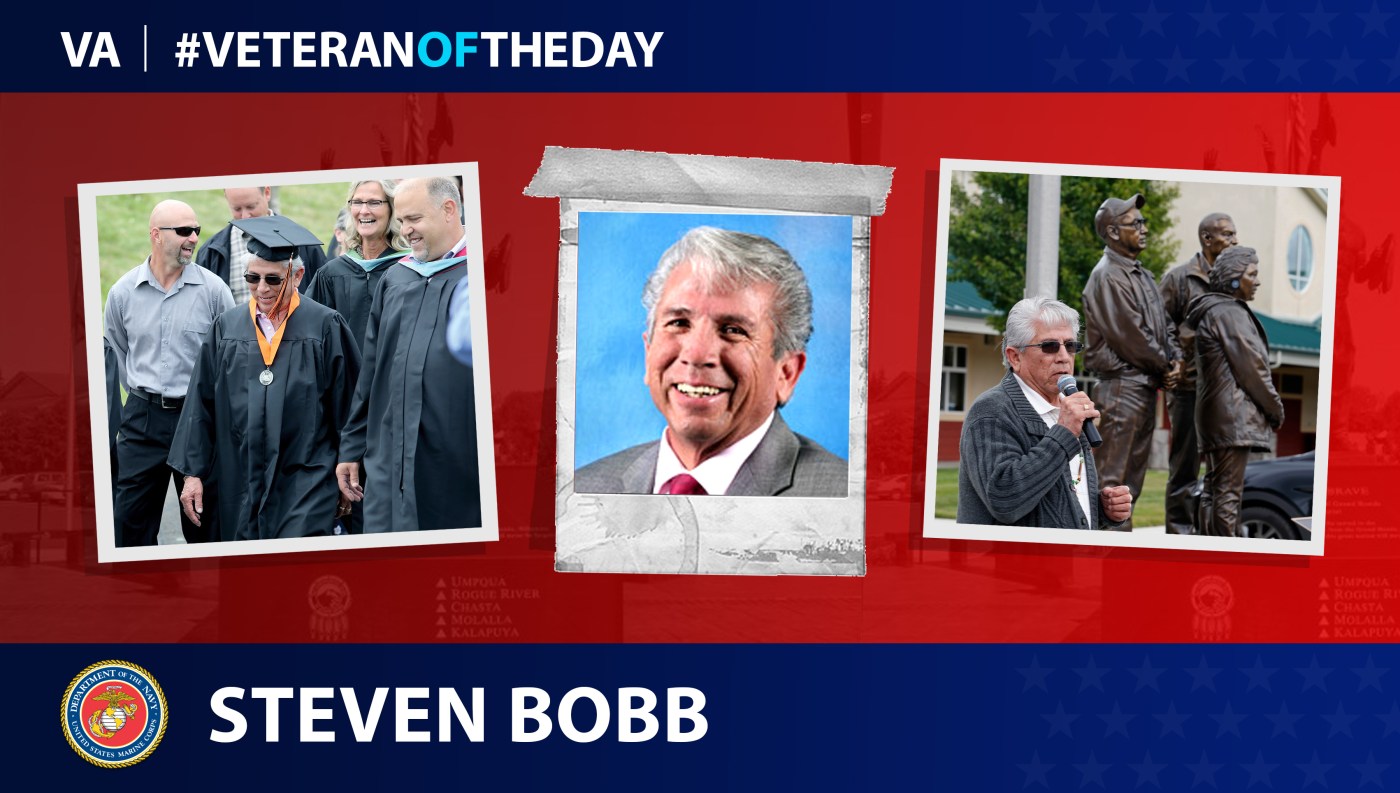 Steven L. Bobb enlisted in the Marine Corps as an ammo technician in 1968. Growing up as a Native American in Oregon, Bobb faced trepidation when it came to enlisting. Due to old treaties that forbade the tribes to bear arms, Bobb could not be drafted. However, many members of Bobb’s family had enlisted, so Bobb always knew that his turn would come. Finally, when he became the first in his family to enlist in the Marine Corps in 1968, Bobb became as he states “one of the few good men.”

Upon arriving in Vietnam, Bobb was sent to ammo company, outside of Danang, Vietnam, to deal with the ammo dump as well as patrol the area around Freedom Hill, or Hill 327. On only his second night in Vietnam, Bobb was assigned four and a half months of night shift guard duty when the usual was only about one month.

In the summer of 1970, Bobb was sent out to ASP-2, where he went on routine patrols. In addition, Bobb had to destroy ammunition that had been recycled so much that it could not be used anymore.

One of the most vivid memories from service that Bobb has is from the first time he went on patrol. Bobb said he distinctly remembers the shots that were aimed at his group. Although no one was hit, it was the bullets landing by his feet that left a lasting impression on him. Bobb said that night is one of the most frightening of his life. However, Bobb’s service was not free from loss. As Bobb recounted the experience years later of a teammate’s death, he said, “How do they handle writing home to this kid’s parents? He’s been in-country one month, and [to] tell them that he accidentally picked up a rocket in his hand and it went off?”

After leaving the military, Bobb went on to start his own business building and painting custom cars and hot rods. He later went on to become a sculptor and designing the West Valley Veterans’ Memorial in Grand Ronde, Oregon. Bobb received his high school diploma at age 69 in 2018 and currently, he is a Grand Ronde Tribal Elder, on the Grand Ronde Tribal Council and the Veterans’ Special Events Board Chairman.