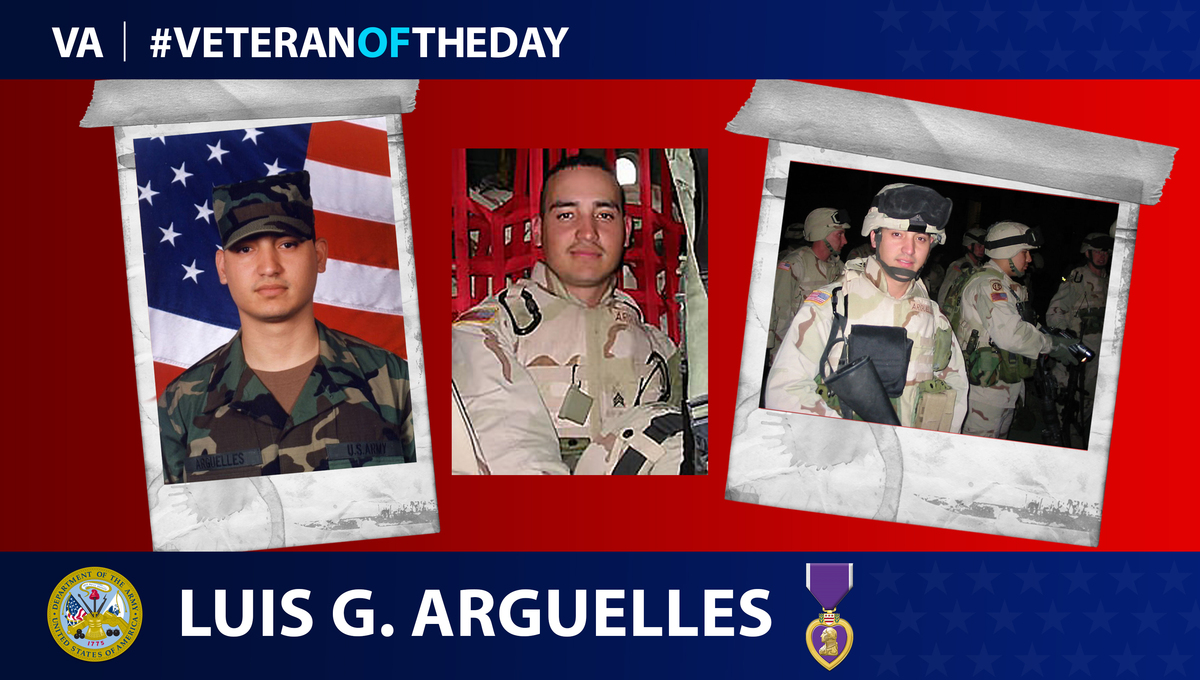 Originally studying to become a Catholic priest, Luis Gerardo Arguelles instead decided to join the Army to honor and continue his long family history of military service.

Arguelles enlisted as an infantry soldier in April 2003 and went to Fort Benning, Georgia, for basic training. After graduating from basic training in August 2003, Arguelles went to Fort Irwin, California, for a year to train with soldiers going to Iraq. In summer 2004, then-President George W. Bush declared that Fort Irwin would deploy troops to the Middle East.

In January 2005, Arguelles deployed to Camp Taji in Baghdad, Iraq. He was a gunner and, for the next seven months, supported the effort to find weapons of mass destruction. Afterward, Arguelles went to a prison to serve as outside security, which meant making sure no one attacked the prison.

On Dec. 15, 2005, at approximately 9 a.m. Arguelles sustained permanent injuries from an improvised explosive device. After three weeks off to recover, he went back to duty to serve the last month of his tour.

Arguelles returned to Fort Irwin in January 2006 and discharged as a sergeant 6 months later. Still suffering from his injuries, he went to the VA, where he received an official diagnosis for his back injuries. A year later, the VA also diagnosed him with traumatic brain injury. Due to his injuries, Arguelles received a Purple Heart. He also received a Combat Infantry Badge.

Arguelles’s transition to civilian life was difficult due to the emotional and physical toll inflicted by his injuries in Iraq. After taking some time for himself to heal, Arguelles enrolled in Central Connecticut State University and finished a second master’s degree in counseling.

In his Veterans History Project interview, Arguelles said he would never take back his experiences and, if he could, would love to continue serving his country proudly.

It’s a great mission to be able to give and fight for the freedoms that everyone gladly enjoys, and that’s the reason why I joined,” he said. “I wanted to make sure that my children, my future children, and my family get to enjoy that freedom.”