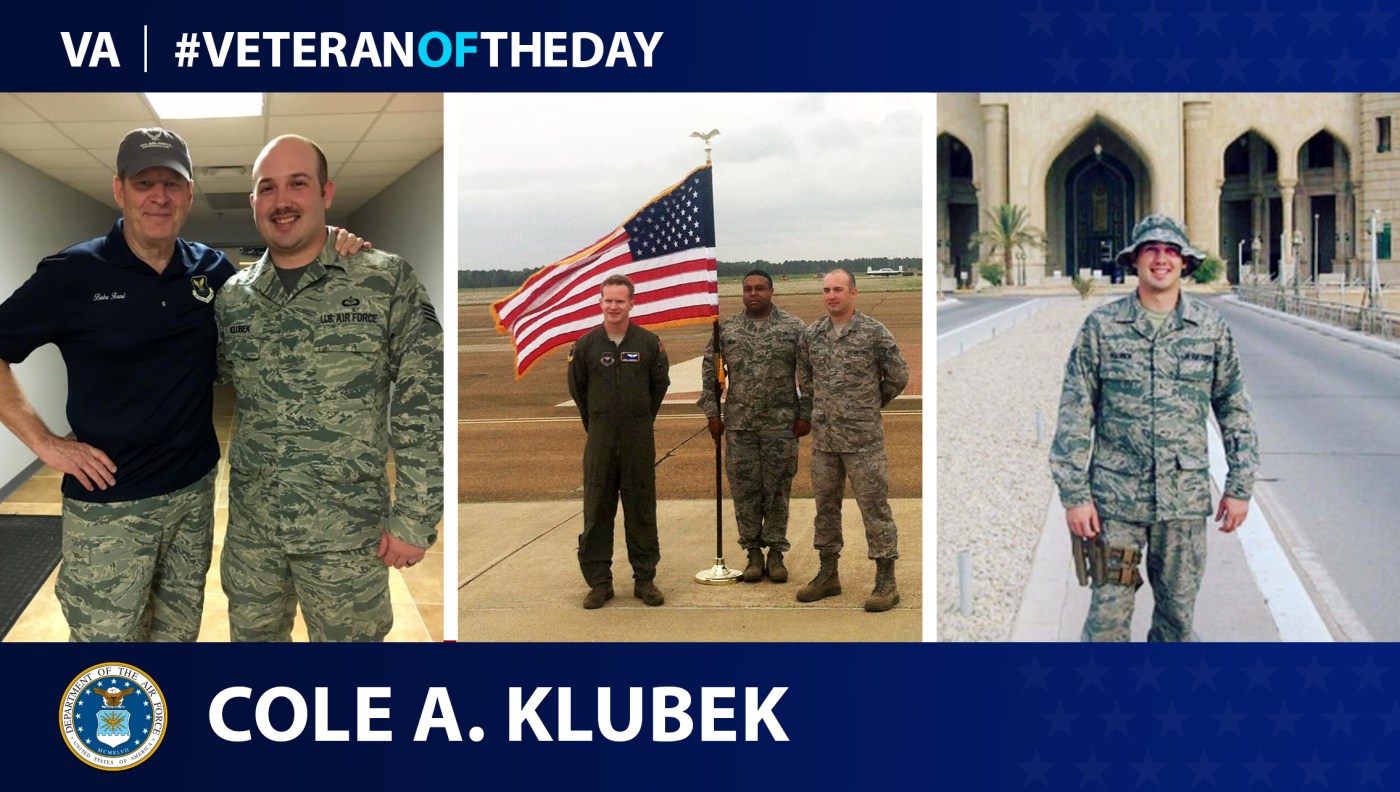 Originally from Biloxi, Mississippi, Cole Klubek grew up in the Air Force. His mother and father both retired from the Air Force. Klubek joined the Air Force immediately after graduating high school. He said he needed stability and knew the Air Force could provide that while teaching him a trade.

Klubek served as a weather forecaster and observer for 10 years.

“I thought I knew what I was getting myself into,” said Klubek. “It was still a lot different than what I expected.”

Klubek had duty locations at Barksdale Air Force Base, Louisiana; Columbus Air Force Base, Mississippi; Kapuan Air Base, Germany; and Whiteman Air Force Base, Missouri; and a deployment at Camp Liberty, Iraq. At Barksdale, he was doing on-the-job training for forecasting primarily for the Air Force and the Army. While at Columbus, he provided flying forecasts and ground observations to student pilots and their instructors. At Kapaun, he forecasted for all of Europe, most of Africa, and relayed flying forecasts for both, as well as for the Middle East. His mission at Whiteman centered around the B-2 and the A-10. While in Iraq, he briefed pilots and commanders on forecasts and weather patterns, his main mission being surveillance and reconnaissance.

“I wanted to show the younger generations of people of color that there are people out there who look like me and care about them, without even knowing who they are,” said Klubek.

At LU, Klubek was the starting punter and kicker for two football seasons. He was on the 2019 Philadelphia Inquirer’s Academic All-Area Team. He was also inducted into Chi Alpha Sigma, an honor society for student-athletes.

Klubek is currently serving as the inbound graduate assistant at the University of Wyoming’s English department, where he is working towards his master’s in English.