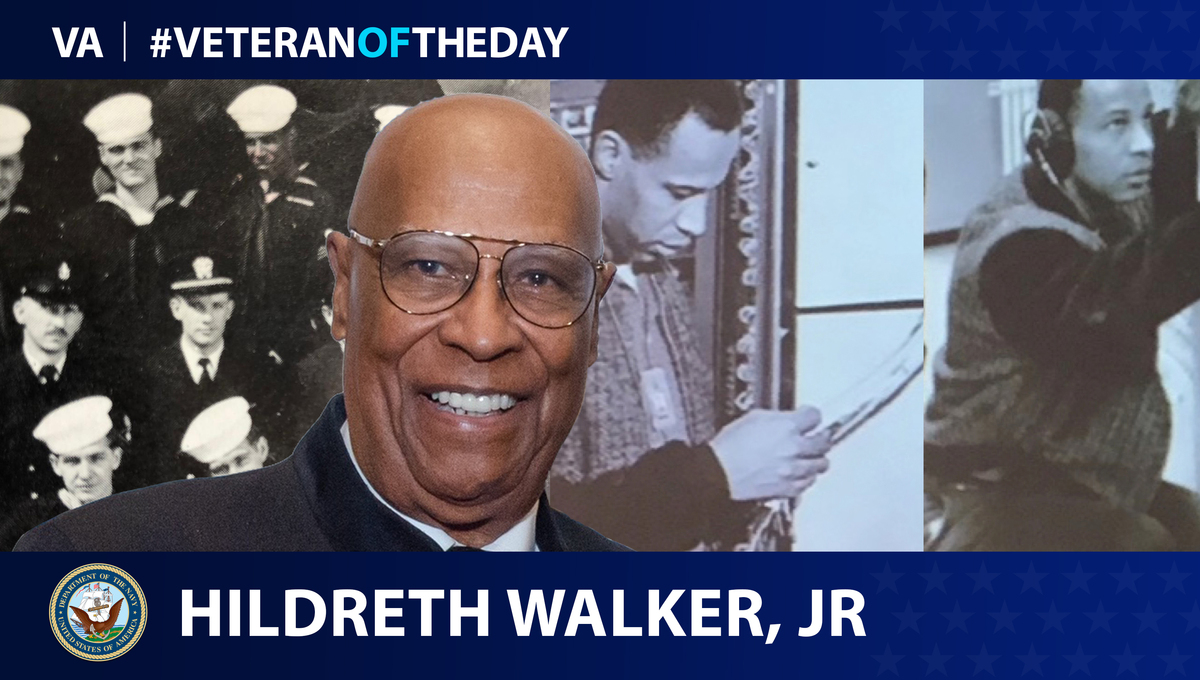 Today’s #VeteranOfTheDay is Navy Veteran Hildreth Walker Jr., who loved science and contributed to the development of notable technological innovations.

Hildreth Walker Jr. served as an electrician’s mate in the Navy. Walker’s lifelong dedication to science put him at the forefront of groundbreaking innovations being made in military and laser technology.

When Walker was a child, his father gave him a Buck Rogers ray gun that let off sparks, which made him curious about the science behind it. He started middle school in Alexandria, Louisiana, where he hoped to learn more about math and science. However, most of Walker’s textbooks, usually hand-me-downs from other schools, came in tatters. He learned by studying with the incomplete educational material he had and supplemented his knowledge with the hands-on experience he gained while working at a local electronics shop.

Right after high school, Walker landed a position in the Navy working with electronics. He completed basic training in San Diego. Much of Walker’s time in the Navy was spent as an electrician’s mate aboard the USS Redova, where he worked with some of the most advanced technology at the time. Walker served until 1955.

After leaving the Navy, he sought to work with machines he had never operated before and took a job in aerospace technology with Douglas Aircraft Company.

In 1957, Walker received a rare opportunity to work with the RCA Corporation and their Ballistic Missile Early Warning System. He moved to Alaska to help develop the largest radar system in the world, returning to the lower 48 in 1961 once the project was complete.

Walker then went to work for the Korad Corporation, which specialized in laser technology. Within a few years, Walker became proficient in working with lasers and soon found himself leading a team in charge of measuring the distance between the moon and the Earth during the 1969 Apollo 11 mission. Under his leadership, the team rendered the most accurate measurement to date.

Once he retired, Walker dedicated his life toward fostering an interest in science and math within underrepresented communities. In 1990, Walker and his wife, Dr. Bettye Walker, founded the African American Male Achievers Network. The organization remains active today and has helped thousands of students from several different countries attend and graduate from renowned academic institutions around the world.