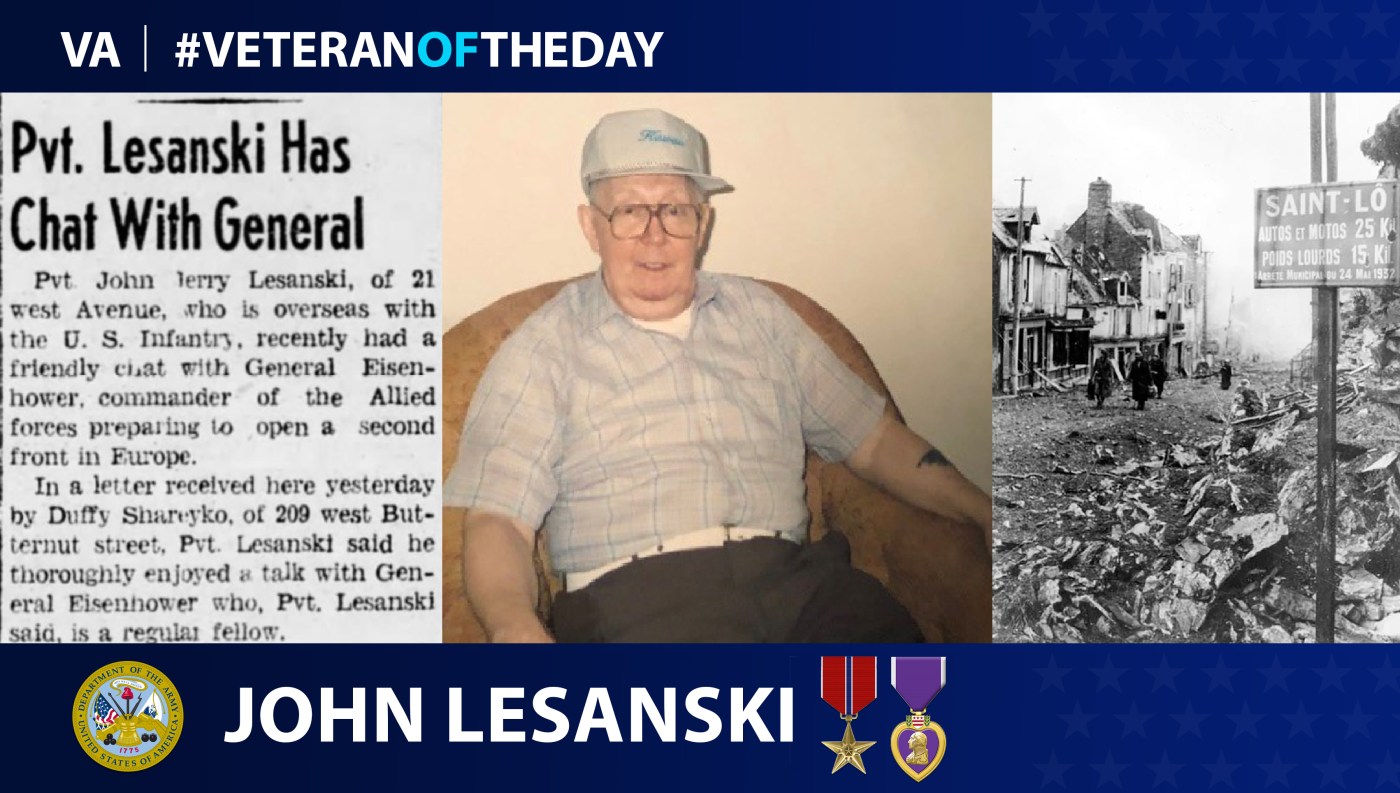 Today’s #VeteranOfTheDay is Army Veteran John “Jerry” Lesanski, who fought in the Battle of Saint-Lô during World War II and received a Purple Heart.

John “Jerry” Lesanski was born May 1912 in Mount Carmel, Pennsylvania, to a military family. His father served in World War I with the Army and then ran a barber shop. Before enlisting in the Army, Lesanski and his brother both helped their father in the barber shop. Lesanski was also a coal miner.

On Nov. 6, 1940, he enlisted in the Army to serve during World War II. His brother was older than him, but Lesanski enlisted so that his brother wouldn’t have to.

Lesanski served with the 12th Infantry Regiment during the battle of D-Day and European theater operations. He was one of the early drivers of World War II Army jeeps. He also served as a baker and cook second class. A skilled rifleman, he received a Marksmanship Qualification Badge with a Rifle Bar.

On July 7, 1944, Lesanski was fighting in the Battle of Saint-Lô when he was shot in the leg. He was sent to the hospital, where he spent 13 months in recovery. It was in the hospital when Lesanski met General Dwight D. Eisenhower. A local newspaper interviewed Lesanski, who said, “General Eisenhower is a regular fellow.” Lesanski also suffered a fractured hand, lower left rib contusion, a concussion and laceration to the head, a sprained ankle and paralysis.

He honorably discharged Sept. 27, 1945. Lesanski received a Bronze Star Medal, a Purple Heart, an Army Good Conduct Medal and a Combat Infantryman Badge during his service.

He was a member of the American Legion Post 91, the Veterans of Foreign Wars of the United States Post 2110, Bishop Knights of Columbus Council 628, the West End Fire company and a Purple Heart Foundation Member.