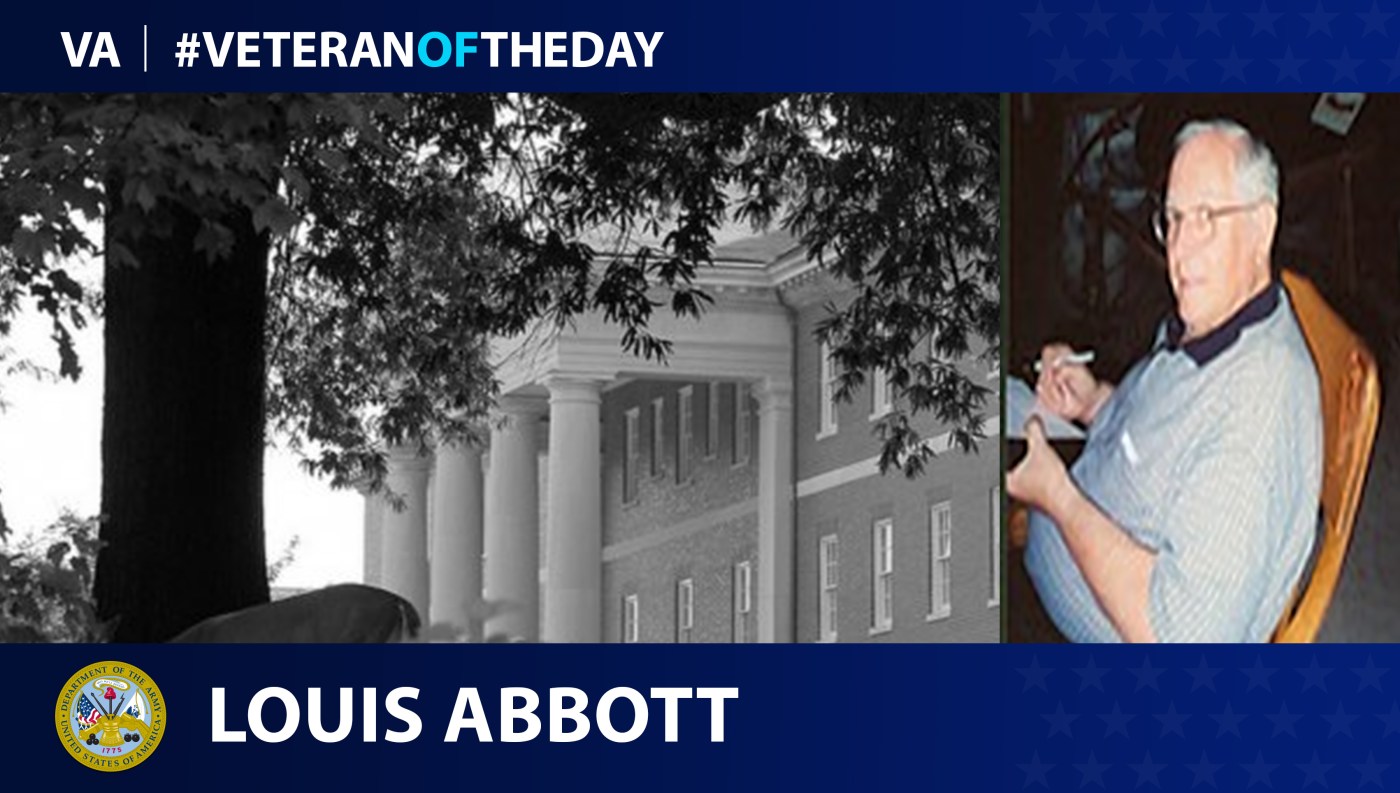 Today’s #VeteranOfTheDay is Army Veteran Louis Abbott, who served with the medical corps during the Korean War from 1950-1953.

Louis Abbott was born in December 1928 in Chicago Heights, Illinois. His family later moved to St. Jon, Indiana when he was about 3 years old. They moved several times before finally residing in Monticello, Indiana.

He had always been passionate about medical school and was preparing for medical school when the Army drafted him in 1950 during the Korean War. Eager to serve, Abbott went through basic training at Camp Breckenridge, Kentucky, and trained for 18 months at a hospital in Aberdeen. Abbott mainly worked in the delivery room before going to then-Walter Reed Army Hospital as a surgical technician. He worked at Walter Reed for about six months before he discharged.

Abbott did not have much trouble adjusting back to civilian life after service. However, he did say when he returned from his service the response was just “sort of ‘oh yeah, you’re back.’” When he was younger, he saw World War II soldiers received a grand welcome back and felt a bit disappointed with the welcome he received. He empathized with the welcome the Vietnam Veterans received. He wanted to warn them before they left that “hey, when you come back, it ain’t gonna be what you think.”

Though his welcome home wasn’t grand, Abbott didn’t mind too much because he was focusing on his studies. Instead of going to medical school like he had originally planned, he went to dental school.

He stated how his time at the medical corps changed him for the better. Abbott said the service of others motivated him. Abbot’s service didn’t end when he left the Army, but rather, he continued to serve his community throughout his life.